Not just about the money

Fresh from Caltech, new philanthropy chief and former US Marine Jon Paparsenos has big plans to foster a culture of “passionate” giving at UNSW. 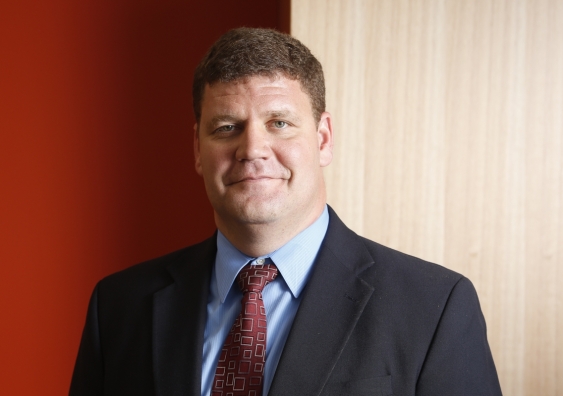 Following an eight-year stint in the US Marine Corps, Jon Paparsenos was thinking about his next career move when someone suggested he consider working in philanthropy.

He had no experience in fundraising – his time in the Marines was spent in logistics, organising the movement, equipment, and accommodation of troops. As it turns out, this skill set can be put to good use in the philanthropic sector.

Now, with more than 12 years’ experience in fundraising and alumni relations, most recently at the California Institute of Technology (Caltech), Paparsenos has joined UNSW to help the University foster its own culture of giving.

He sees his newly created role of Vice-President Philanthropy as an exciting opportunity to encourage more alumni and friends to support UNSW in its bid to become Australia’s Global University.

“Philanthropy is about getting people interested and involved in what you are doing; it is about knowing how people, corporations and institutions can be brought together to support the University, its research and its students,” he says. “The money will come if you engage the passions of individuals.

“People want to be a part of the University. Showing them the impact they can have if they engage with us will increase the size of the community willing to support us.”

“We have one per cent of our alumni at the moment engaged with the University in some fashion. How can we increase that to 10 per cent?”

Philanthropy is about getting people interested and involved in what you are doing.

The bulk of Paparsenos’ experience was gained in the US, arguably the world’s most sophisticated philanthropic nation.

At Caltech, the renowned science and engineering research and education institution, he built a regional giving program and managed a team of fundraisers.

Before that he worked in senior roles at the Catholic and Jesuit Marquette University in Milwaukee, Wisconsin, and at philanthropy consulting group Community Counselling Services, Inc.(CCS).

He says philanthropy is so embedded in the US psyche that many benefactors now give regularly without even thinking about the tax advantages they may receive from donating.

“They want to give to programs and people that will make life-changing experiences for those involved. They have a desire to be engaged with the institutions that make this possible.“

Traditionally, wealthy Australians haven’t considered large donations, and when they do give, they often donate anonymously. However, this is starting to change.

Paparsenos’ passion for education (UNSW is his third university workplace) is rooted in his family’s experience. His mother Linda was an educator and his father Dimitris put himself through school.

As a young man, hard times forced Dimitris to leave his village in Greece and head to Athens to find work. He joined the army where he attended technical school, an education that landed him his first civilian job.

It was an achievement Paparsenos believes laid the foundations for his father’s life success.

“That certificate from the technical school opened doors for my father, that otherwise would have never been there. This is the most important lesson I have learned.

“Over the years, I have also witnessed many instances of students from disadvantaged backgrounds transforming their lives and their prospects through education.

“And that’s why promoting education and engaging the community at UNSW is so important.”