One of the country’s leading oncologists and researchers, Professor Robyn Ward, is among UNSW staff and alumni to be recognised in this year’s Queen’s Birthday honours. 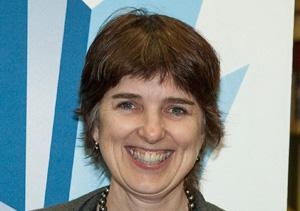 One of the country’s leading oncologists and researchers, Professor Robyn Ward, is among UNSW staff and alumni to be recognised in this year’s Queen’s Birthday honours.

Professor Ward was appointed a Member of the Order of Australia (AM) for significant service to medical research and patient care in the field of oncology.

“The award is less about individual achievements and more about what they represent. Ultimately this is an acknowledgement for women in research and clinician-scientists,” says Professor Ward, Head, Adult Cancer Program, at UNSW’s Lowy Cancer Research Centre.

Professor Ward, who is also Head of the Prince of Wales Clinical School, says clinician-scientists are a “rare species” who can offer “a rigorous research approach to medicine”, which can have a positive impact on government decision-making.

In the same week, Professor Ward was also given the Premier’s Award for Individual Excellence and Achievement for her initiative in developing, implementing and improving an online system that provides evidence-based information and resources on cancer treatment.

In the Queen's Birthday honours, Emeritus Professor Antoni Emil Karbowiak was awarded an AM posthumously for his significant service to tertiary education in the field of electrical engineering, and to science and technology as a researcher in the field of telecommunications.

The first indigenous lawyer appointed to the Federal Court and UNSW Law alumnus, Matthew Myers, was also awarded an AM for his significant service to the community, particularly in family law and welfare.

Dr Peter Vine, the head of campus at UNSW Medicine’s Rural Clinical School in Albury Wodonga, was awarded a medal of the Order of Australia (OAM) for his work in medicine and education.

Is the honeymoon over for personalised cancer medicine?

Heads in the sand is no way to face cancer risks