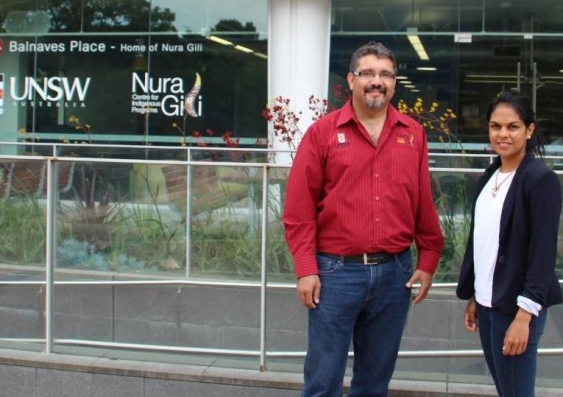 “We’ve come a very long way in 10 short years, and are looking forward to the next 10,” says Deputy Director, Dr Reuben Bolt.

Nura Gili’s student intake has consistently increased over the past 10 years. The unit now provides support to more than 400 Indigenous students and delivers five aspirational programs, three pathway programs and a major and minor of Indigenous studies.

Nura Gili will also introduce a new Indigenous Studies Honours program in 2015. The program will provide a pathway to a graduate research degree (MA Research or PhD) and will give students the opportunity to produce innovative research in their area of interest.

“Our approach today is underpinned by a determination to provide high-level academic support and above all else, we genuinely care about each and every student. When students succeed, we all succeed,” says Nura Gili Student Services Manager, Mick Peachey.

UNSW established one of the first university student centres for Indigenous students in NSW in mid 1980s and an Aboriginal Student Support Program in 1987, later known as the Aboriginal Education Program. The unit was merged with the Aboriginal Research and Resource Centre in 2003.

After a name finding competition, the new identity of ‘Nura Gili’ was born in 2004. In the language of the Eora people, Nura means place and Gili means fire/light. Nura Gili brings together these concepts to create the meaning ‘place of fire and light’.

From its humble beginnings, Nura Gili now occupies an impressive space at the centre of the UNSW Kensington campus. In 2012, Nura Gili moved into its new home at Balnaves Place thanks to a $1.5 million donation from The Balnaves Foundation. The state of the art centre is now the central hub for Indigenous education at UNSW.

Nura Gili’s Director, Professor Martin Nakata, is the first Torres Strait Islander to receive a PhD in Australia and Nura Gili’s alumni include an impressive list of firsts: