The recent federal budget neglects the need to reform an ailing system. 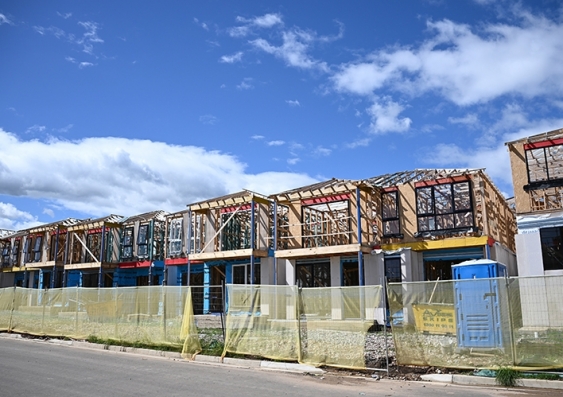 Housing took centre stage in Treasurer Jim Chalmers’s first budget this week. Relatively modest but positive steps were made towards tackling Australia’s worsening shortage of affordable social housing, as well as the broader challenge of housing affordability. But parts of the package cast some doubt on the new government’s analysis of the problem and its ambitions to tackle it.

The most substantive aspect of budget housing plans was the confirmation of promised funding for 30,000 new social and affordable rental homes over five years via the new Housing Australia Future Fund. This will involve a A$10 billion, debt-funded, equity investment. Resulting annual returns will be ploughed into building subsidised housing available at below-market rates.

The 2022 ALP election platform had outlined this initiative. The budget added a bonus in the form of federal funding for another 10,000 affordable rental homes under a newly minted National Housing Accord with state and territory governments.

As part of that deal, the states have pledged to enable construction of “up to” 10,000 affordable homes on top of Commonwealth commitments. One way they would do this is by making well-located state land available for the purpose.

How achievable is the 1 million homes pledge?

To help make housing more affordable for Australians in general, the accord also commits Australian governments to enabling at least 1 million new homes over five years from 2024.

A million homes has a good ring to it, but how ambitious is it really?

Critics have pointed out that 985,000 homes were built over the past five years. However, in Australia’s notoriously volatile housing system, that was a period of peak activity unlikely to be repeated soon. In the five years to 2014, for example, the total was only 860,000 homes. And official and industry forecasts suggest only about 180,000 housing completions per year on average over the next three years.

By these measures, the million homes target could be quite challenging. So how can it be achieved?

Firstly, if governments directly fund 50,000 social and affordable rental homes, that will be a good start.

Secondly, according to the budget statement, it’s hoped measures such as stepped-up rezoning of non-housing land for housing and higher-density redevelopment near transport hubs will boost market housing output. These moves could lead to better-sited house building.

This approach also follows from the analysis that unreasonably high prices and rents are largely a result of “constrained housing supply”, in turn largely due to excessive planning restrictions.

Planning simplification can never be a bad aspiration. However, it’s questionable whether market players would ever boost construction rates enough to significantly lower new house prices – and therefore existing property values too.

Read more: The market has failed to give Australians affordable housing, so don't expect it to solve the crisis

A one-sided view of the housing system

The real problem here is that the budget and Labor’s election platform focused solely on the supply side of the market. They turned a blind eye to the policy settings that affect housing demand such as migration, tax, social security and financial regulation.

It would be hoped the more holistic analysis of Australia’s housing problems and solutions that’s essential to address these issues will underlie the government’s forthcoming National Housing and Homelessness Plan.

Positively, the budget allocated funds for the plan’s development. But that task has been assigned to the Department of Social Services. This seems to raise the risk of an unduly narrowly defined conception of what’s needed. The concern is it might focus exclusively on homelessness and affordability at the lower end of the market.

Certainly, these are crucial aspects of the wider housing policy challenge. But to examine them in isolation risks misdiagnosis and the prescription of palliative solutions.

The budget papers also imply a substantial downgrading of another ALP election pledge – to emulate countries such as Canada by setting up a national housing agency. Just $500,000 a year is allocated to this task. In my book, Housing Australia should be leading on the national plan, as well as accommodating the re-established National Housing Supply and Affordability Council.

With the right mandate, Housing Australia could create a much-needed permanent body of housing expertise within government, co-ordinating policy development and implementation across departments and levels of government. It could help to insulate housing policymaking from the short-term political dynamics that have plagued it for decades. This is an area where long-term thinking comes at a premium.

Negotiating the multi-party Housing Accord within months of taking power is an impressive government achievement. More broadly, though, these developments seem to speak to a disappointingly lukewarm commitment to essential institutional reforms.

The governance structure for housing policy in Australia is outdated, fragmented and underpowered. It’s badly in need of an overhaul.

The decayed state of this framework, and the long-term erosion of housing policy capacity within government, help to explain the problems of the housing system itself.

After nearly a decade of Commonwealth neglect, the Albanese government has moved fast to flesh out its main housing commitments. Yet an administration with serious long-term ambition to restore the health of our housing system would also be embracing the challenge of wider policy governance reform. It’s a fairly low-cost undertaking, but a precondition for progress beyond this term of office.