Eroding the autonomy of our universities not only threatens their capacity for innovation but in the longer term could threaten the basic principle of academic freedom, writes Professor Fred Hilmer. 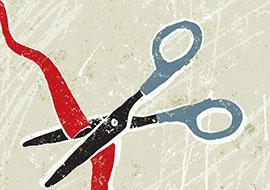 Hilmer: Cut TEQSA’s budget and restructure it as a minimum standards compliance agency

OPINION: As a sometimes despairing critic of the burden that over-regulation is now inflicting on our economy, and our universities in particular, I am heartened by recent statements from both sides of politics. At the very least the issue of excessive red tape is on the political agenda.

Both Chris Bowen as the new Minister for Tertiary Education and Opposition Leader Tony Abbott devoted part of their speeches at last week’s Universities Australia conference to the issue. Both acknowledged the importance of a diverse and innovative higher education sector. Both recognised that it is stifled by over-regulation.

Abbott explicitly pledged to reduce the regulatory and compliance burden. Bowen did not go as far, but did say the government has been “very conscious” of not imposing an excessive regulatory burden.

Unfortunately history shows too often governments err on the side of over-regulation. As minister for Education in 2008, Julia Gillard promised she would be “taking the foot of government off the throat of our universities”, and in announcing in 2009 the formation of the Tertiary Education and Quality Standards Agency pledged: “More red tape and managerial control is not the intention and will not be the effect.”

Unfortunately it has been. It has added a bureaucratic overload to every university, regardless of its history, standing or proven quality.

No one argues with the need for appropriate regulation to ensure accountability to minimum standards. The TEQSA approach, however, tries to drive quality improvement through regulation, an absurdity at best. Quality comes from an institution’s pride in its work. No bureaucrat cares as much about the reputation of UNSW as do I and my colleagues.

While some of its more bizarre interventions have been moderated (such as demanding that well-established universities prove they actually have libraries and laboratories), the agency is still presenting universities with a regulatory burden that constitutes a serious threat to their autonomy.

The role of universities in our society goes far beyond the economic. The freedom we accord our universities – to push the boundaries of knowledge, to be a source of independent thought, to question the status quo – is vital to our democracy. Australia’s universities have a proud history of autonomy. In my view attempts to over-regulate the way our universities carry out their core functions, no matter how good the intention, is not only misguided but potentially dangerous.

According to the Organisation for Economic Co-operation and Development institutional autonomy is the capability and right of an institution to determine its own course of action without undue interference from the state. The OECD identified eight criteria, among them the ability to set budgets and spend according to strategic objectives – and most relevant here, the ability to decide on academic design and set course structure.

There is increasing evidence that institutional autonomy is a key factor in the performance of universities – that there is a significant correlation between higher levels of university system autonomy and higher scores on innovation indexes. Jamil Salmi, formerly the World Bank’s tertiary education co-ordinator, found high levels of autonomy and flexible governance arrangements are essential to a world-class university.

But there is a wider point to be made. I believe eroding the autonomy of our universities not only threatens their capacity for innovation but in the longer term, if not checked, could threaten the basic principle of academic freedom. Granted, institutional autonomy and academic freedom are not identical concepts. But the two are closely related. They are concepts that have evolved together, and reinforced each other, over centuries.

There is a danger of legitimising inappropriate intervention. Begin taking away discretion and freedom in one area and you potentially threaten others. As chair of the National Competition Policy Review Committee in the early 1990s, my major concern was that red tape stifles competition, and therefore innovation and productivity. I now believe it stifles those attributes in a more invidious way, by creating a mindset of compliance. The financial cost to our universities of complying with over-regulation is considerable. But there is also a significant cost to the federal budget. TEQSA has a budget some six times that of its predecessor, the Australian Universities Quality Agency, which is perhaps why it is engaged in about six times the amount of regulation.

The latest intervention signalled by TEQSA is to undertake a “quality assessment” of all third-party arrangements. Here’s hoping this is not just another onerous reporting requirement that in this case could affect our capacity to leverage international research collaboration and joint degrees, at the very time the government’s Asian white paper is calling on Australian universities to strengthen research and teaching links in Asia.

There is a simple answer. Cut TEQSA’s budget and restructure it as a minimum standards compliance agency, focusing on the small number of providers either in the market or about to enter that need to be held to a minimum standard – and redirect the savings to research.

Professor Fred Hilmer is Vice-Chancellor of the University of New South Wales and Chairman of the Group of Eight universities.

This piece was first published in the Australian Financial Review.