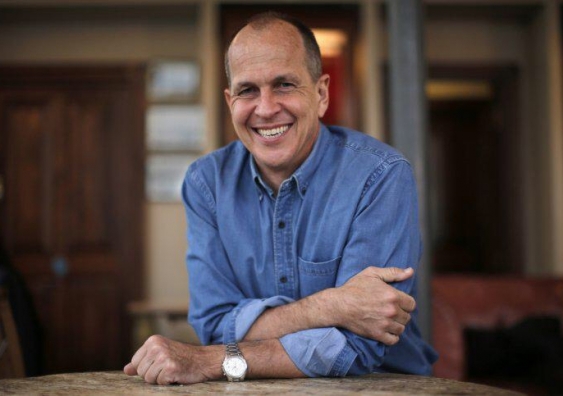 An acclaimed campaigner for freedom of the press, Greste will address the topic "Journalism in the Age of Terror".

The Australian-born foreign correspondent was jailed for 400 days in 2013 on confected terrorism charges along with two colleagues while working in Egypt for Al Jazeera English.

He was sentenced to seven years in prison after a trial that was widely dismissed as a sham, but in February 2015, after intense international pressure, he was deported to Australia under a presidential decree.

As a result of the letters he wrote from prison in the defense of freedom of the press, Greste won a Walkley Award for most outstanding contribution to journalism in 2014, and Royal Television Society and Tribeca Disruptive Innovation Awards in 2015.

He has also been awarded the International Association of Press Clubs’ Freedom of Speech Award; and the Australian Human Rights Commission Medal.

Prior to his incarceration in Egypt, Greste covered the civil war in Yugoslavia and elections in South Africa as a freelance reporter. He joined the BBC as its Afghanistan correspondent in 1995 and went on to cover Latin America, the Middle East and Africa. In 2011, he won a Peabody Award for a BBC documentary on Somalia before joining Al Jazeera as its East Africa correspondent.

The Gandhi Oration, which is sponsored by Tata Consultancy Services and the Australia India Institute, is preceded by a Remembrance Ceremony to be held on the University’s Library Lawn. Guests are encouraged to attend both the Ceremony and the Oration.

What: 2016 Gandhi Oration and Remembrance Ceremony

Registrations are essential for attendance at both events by 20 January 2016.

What would Gandhi do today?