With China investing massive amounts in universities, it's vital for the federal government to make hard policy decisions to ensure our system can be truly globally competitive, writes Professor Iain Martin. 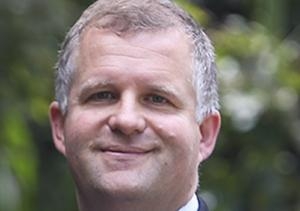 OPINION: This week I am leading a visit to China's National Academy of Education Administration in Beijing. The NAEA sits directly under the leadership of the Ministry of Education and is responsible for training all of China's university presidents, vice-presidents and senior managers.

The academy occupies a massive site in the southern outskirts of Beijing and the fact that its programs penetrate almost all of mainland China’s 2236 universities demonstrates that the mammoth scale of its mandate and its wider operations is nothing short of spectacular.

I have been invited by the academy to deliver a guest lecture on developing successful international universities before signing a memorandum of understanding on behalf of the University of New South Wales to run the Sydney leg of its international training.

While our commitment to this relationship is the product of our mission to share best practice in academic governance and university management, one can’t help but feel that I have even more to learn from China against the backdrop of its annual $250 billion investment in higher education.

With this investment soon destined to eclipse the US, it is only a matter of time before China is home to as many of the world’s elite universities as the US.

While the Gillard government’s 'Asian Century White Paper' contained a lofty target for 10 of Australia’s universities to join the global top 100 rankings by 2025, there is a clear malalignment of policy settings and aspirations.

Last year’s removal of $1 billion in research funding on the eve of the White Paper announcement and the recent unprecedented efficiency dividend and tax changes to fund the Gonski reforms challenge our ability to stand still let alone improve the performance of our leading universities during the Asian Century.

In stark contrast, China is undertaking the largest investment in research and development in the history of our planet as well as investing massive amounts in its universities.

Australia cannot compete with the phenomenal scale of higher education investment in a country with a population of more than 60 times its size, but we should be consolidating and increasing investment in the sector to ensure that it remains well placed to capitalise on China’s capacity building.

The entire basis for the government’s pledge to have 10 Australian universities in the world’s top 100 was to allow us to be a competitive force in the global battle for innovation. Given that research underwrites much of the methodology behind the calculation of the main rankings indices, either the government did not consider what drives rankings or it hoped the inherent contradiction between its policy settings and the substance of the White Paper would be lost somewhere in the 24-hour news cycle.

The Chinese recognise they must foster and support differentiation and elite missions to ensure they have universities within their system that are truly globally competitive.

Our current policy settings risk putting the system on the "glide path to mediocrity” to use the words of an American university president who was confronted with similar political pressures. Let us learn from our Chinese partners and ensure that we foster and encourage diverse institutional missions, celebrate the importance of academically elite institutions and match White Paper aspirations with hard policy decisions.

Why regional universities are at risk of going under

Science needed more than ever