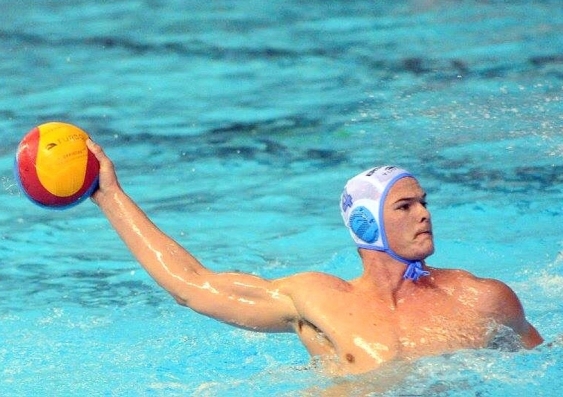 When Nathan Power began his studies at UNSW in 2014, he knew he was embarking on a longer journey than many of his peers.

At 21 years old, he moved from Newcastle to play water polo with UNSW Wests Magpies in the Australian Water Polo League and was selected in the NSW Institute of Sport squad.

Although there were already many changes in his life, Mr Power had ambitions out of the pool as well and enquired about studying a Bachelor of Economics at UNSW.

Unable to gain a place in his chosen course, Mr Power was undeterred, enrolling in a Bachelor of Arts and putting a plan in place for the future.

UNSW’s Elite Athlete Program Manager Helen Bryson believes it was Mr Power’s determination and persistence that saw him eventually move into the degree he had been hoping to study all along.

“He was admitted to a Bachelor of Arts in the first instance and had to do the requisite 36 units of credit to apply for internal transfer to his Economics degree,” she said.

“It took a lot of patience because similarly to many of our athletes, he was only studying two subjects a semester.”

Mr Power wasn’t worried about taking the long road, as he knew it would lead him where he needed to be in the end.

“From the outset of my degree I was pretty realistic with myself in that I already knew that my degree was going to be done over a number of years,” he said.

“I was never fazed by the fact that my study was going to be for an extra few years.

“Part-time study meant I was never overloaded with work on top of my athletic commitments, and I was able to always feel confident and focused on the coursework I had in any given term.”

The big change came when Mr Power was signed to a professional contract in Europe, necessitating a move across the world and a transition to remote study.

While it was a big challenge to cope with at the time, looking back Mr Power believes the move was ultimately beneficial to his studies.

“I was able to get more out of the coursework when I was overseas than when I was living in Sydney,” he said.

“The daily schedule I used to have when I lived in Sydney was very uncompromising, which meant I wasn’t able to maximise my studies, likewise training.

“Overseas my daily commute times were completely eradicated, as I lived near where I trained, and I didn’t have a need to find additional work as water polo was my job.

“This left me with big chunks of time in the day which I could dedicate to study.”

While Mr Power was selected in the Australian team for the Rio Olympics in 2016, he suffered an injury shortly before the Games began and was unable to compete.

Now a stalwart of the Australian men’s water polo team, he was looking forward to his opportunity in Tokyo, before the COVID-19 crisis sent shockwaves through the world.

However, Mr Power remains positive about the postponed Olympics.

“At the end of the day the Olympics haven’t been taken away from us, they have just been moved, so personally there hasn’t been any great mental hurdle to get over,” he said.

“I had always intended to keep playing overseas next season and to keep representing Australia, so from a logistical standpoint it doesn’t change anything for me.

“One positive is that I’ve been able to spend some quality time at home with family and friends which I’ve lacked the last few years.”

Having graduated with his desired Bachelor of Economics in May, Mr Power is preparing to return to Europe having signed a new contract with CN Barcelona.

Ms Bryson believes that in his time at UNSW, Mr Power has demonstrated qualities that will ensure he is successful wherever his sport and career take him next.

“Nathan is an outstanding example of perseverance, a positive mindset and has demonstrated amazing character to be able to keep plugging away at his degree throughout a lot of turmoil, international travel and solo study,” she said.

“His hard work also illustrates how flexible study support can assist student athletes to combine their elite sport with university study and achieve highly in both areas of their lives.”