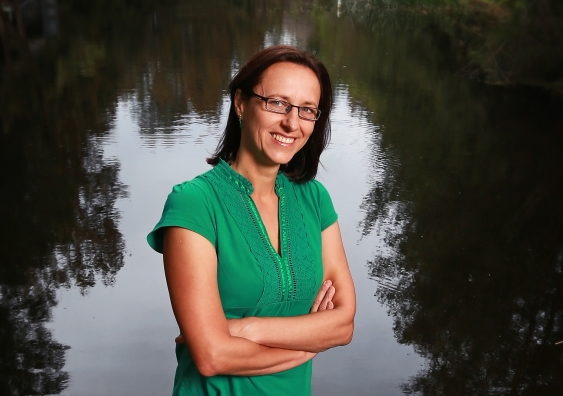 Professor Ana Deletic reflects on her new job, women in engineering, and how nationalism stunts research.

Where and when were you born?

How has this shaped you?

As I come from the Balkans, I think I can understand how it is necessary to balance different interests. And when it comes to solving complex problems, I think I’ve got some understanding of how difficult things can be. My family has a bit of an interesting background. My great-uncle is one of the guys who started the First World War – one of the gang behind the assassination of Archduke Franz Ferdinand. The political situation of Yugoslavia was complex and complicated, and if you understand that, a lot of other things seem rather simple.

What do you hope to achieve in your new position?

I want the University of New South Wales to become one of the best in Australia and placed within the top 50 in the world. It’s a very good university as it is, but not number one, so we’re hoping to lift it up – at least to be in the top three.

You are the only woman to have won the Victoria Prize, and at a time when you were the only female professor in civil engineering in Australia’s Group of Eight research-intensive universities. Does that make you a trailblazer for female engineers in the country?

I’m not the only female professor [in civil engineering] anymore; it’s good news that there are a few now. However, it is a shame that I’m still the only female winner of the Victoria Prize. I come from a different part of the world, where being a woman in engineering is not as rare – my mother-in-law was one. In general, I have never had a problem with being female among males. Both Monash and UNSW have a very good strategy in trying to include women in STEM, particularly engineering. We’re trying our best.

How much of a problem is gender inequality in higher education?

I think Australia is slightly behind places such as the UK on this issue, and definitely behind the US. I think it’s a bit harder here; it’s a broader cultural issue. In the past five years, there have been lots of initiatives and awareness in this area; but when I arrived here, it was much worse. So I’ve seen big progress.

In engineering – which is the worst [field for gender inequality] – it’s to do with the culture, which goes beyond universities. If you have a culture in which engineering is seen as a solely male discipline, it’s very hard to fix the problem at this stage. It needs to be addressed at the level of primary and early secondary education – engineering should be promoted among girls in schools.

Do you think that Brexit will spur UK-based academics to consider following your lead and relocating?

We’re already seeing signs of that. It’s not good for academia to have any sort of restrictions on movement. In academia, it doesn’t matter where you were born.

As soon as nationalism rises to prominence, it hurts research and development. I left my country because of that. Yugoslavia had the pinnacle of that craziness; we had a war, which hopefully you won’t get. But when that stuff starts to rule a country, academia, as well as R&D, suffers big time. History [shows] that as soon as you start closing borders and playing this nationalistic tune, advancement of technology, science and the arts suffers. It’s been like this always: the most closed country is the worst for innovation and development.

What is the best thing about being an academic?

The freedom to do what you want. You officially have a boss; but at the end of the day, no one can really tell you what to do. You have to deliver lectures, but that’s a small part of what you do. When it comes to research, you create your own research agenda. Someone’s paying you to play – you go and play in your lab, and you get paid for that. It’s the most fun job on earth.

This is an extract from an interview originally published in The Times Higher Education Supplement. 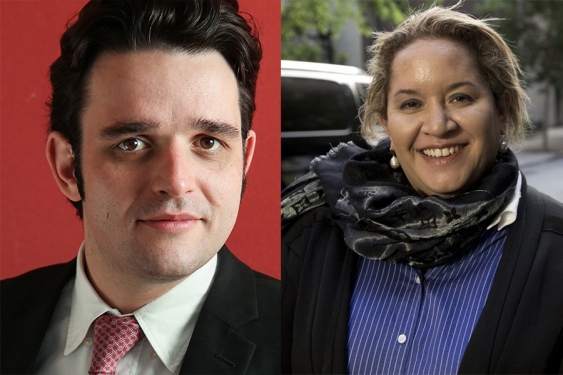 Professor Megan Davis started her role as the inaugural Pro-Vice-Chancellor (Indigenous) in June, after fulfilling her obligations in leading the Referendum Council Aboriginal Constitutional Dialogue.

Professor Davis said she was honoured to take on this new role. “I’ve worked at UNSW since 2001, when I was Professor George Williams’ first employee at the Gilbert + Tobin Centre of Public Law. It’s an honour to now be the first PVC Indigenous”.

“I’m excited about showcasing and developing UNSW research excellence across many important areas of Indigenous policy that impact communities on the ground and, in particular, nurturing Aboriginal and Torres Strait Islander scholars.”

Professor Davis, a Cobble Cobble Aboriginal woman from the Barrungam nation in south-west Queensland, is one of Australia’s most highly regarded lawyers specialising in public law and public international law. Her research work is targeted at law reform in constitutional law and violence against Aboriginal women.

Professor Davis has also served as a member of the Prime Minister’s Expert Panel on the Recognition of Aboriginal and Torres Strait Islander Peoples in the Constitution.

Laurie Pearcey, the Executive Director of UNSW’s International Office, has been appointed Pro-Vice-Chancellor (International).  At 33, he is one of the youngest PVCs to be appointed at the University.

A graduate from UNSW’s International Studies program, Pearcey joined the Australia China Business Council in 2007, becoming its Chief Executive Officer two years later. He returned to UNSW in 2012 to take up the role of director of the University’s Confucius Institute.

His responsibilities as PVC will include implementing UNSW’s global impact strategy and supporting global partnerships, as well as strengthening the University’s international profile.