New book explores the people, places and achievements at the centre of Aboriginal activism and self-determination in the 1970s. 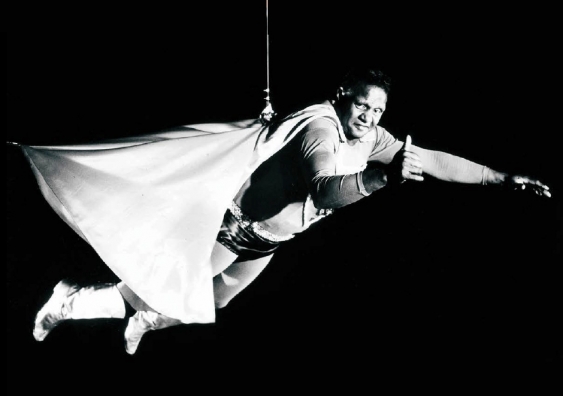 The National Black Theatre was one of several Aboriginal-run organisations established in Redfern in the 1970s. Basically Black, the first show produced by the theatre also aired as an ABC TV short. Pictured: Zac Martin.

On edge of the Sydney CBD, you’ll find a Victorian terrace painted in red, yellow and black. The colours of the Aboriginal flag zigzag across the old building’s facade. A sign on top of the exposed brick says: Welcome to Redfern.

The artwork, situated in The Block, pays homage to the Aboriginal community of the inner-city; a monument to Aboriginal culture, resistance and activism borne from the streets that surround it.

Along those streets – in the hotels, houses and offices – the "story of Redfern, of Aboriginal intellectuals and activists” is found.

“The 1970s was a period of significant change for Aboriginal people and for the nation,” says Dr Johanna Perheentupa – a historian at Nura Gili, UNSW’s Centre for Indigenous Programs.

“Much of that change came from the streets of Redfern; the suburb was central to a national movement for Aboriginal self-determination. There was a real shift in that time – of Aboriginal people taking control.”

Dr Perheentupa’s new book, Redfern: Aboriginal activism in the 1970s, explores the story of Aboriginal ingenuity and political resistance in Sydney, representing a collective “pushing back” against the “racist practices and laws left in the wake of the Protection era”. 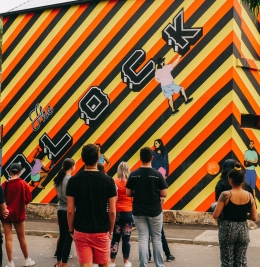 'Welcome to Redfern', an artwork that covers a terrace in The Block, recognises the local Aboriginal community, culture and activism. Image: UNSW Indigenous

Yet the story of Redfern, Dr Perheentupa says, is about more than just Aboriginal controlled services.

It’s also about the formation of a shared Aboriginal identity, she says, grown from the mass movement of Aboriginal people across the country, migrating from missions and reserves to the cities; learning, trading ideas and exploring “shared stories of dispossession and state-control”.

“On the lawns of Parliament House in Canberra, four Aboriginal activists from Redfern sat under a beach umbrella, demanding land rights for their people – in what would become one of the most successful ongoing protests in Australian history: the Aboriginal Tent Embassy.”

“It was a time and place where the newly designed Aboriginal flag [created by Harold Thomas] was flown for the first time too,” Dr Perheentupa says.

“It would become a symbol of Aboriginal national identity and a push for land rights, comparable with the activity in Redfern.”

It was, she says, an extraordinary time of Aboriginal activism with immense national significance.

Gary Foley, an Aboriginal activist and academic, who founded the Aboriginal Legal Service, says Redfern is “an important and timely book”.

“The issues that triggered the outburst of creative political dissent in Redfern in the 1970s are still with us today.”

Fifty years later, the legal service can still be found in Redfern. Its legacy, however, can be seen across the country with other Aboriginal Legal Services and organisations in other states and territories. 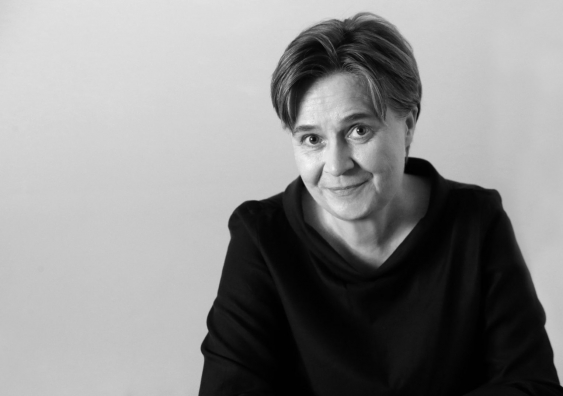 “The establishment of the Aboriginal Legal Service was, in many ways, a direct reaction to rampant police harassment and violence towards Aboriginal people occurring at the time in Redfern,” Dr Perheentupa says.

“But it also really set forward the agenda that resulted in many of the Aboriginal owned and run organisations you see today across Australia.

“Much like when they were first established, the fight for government funding continues, as does the fight against the mainstreaming of services,” she says.

Originally from Finland, Dr Perheentupa became fascinated by Australian and Aboriginal history as she travelled the continent as a backpacker while she studied.

Her research focus narrowed to the East coast, and eventually to the activism in Redfern during the 1970s – the topic of her PhD thesis and the basis for the book.

The activism in Redfern in the 1970s, she says, is a fascinating part of a long history of pushing for Aboriginal rights, self-determination and political currency. It’s a period of time that “deserves to be understood and appreciated”. 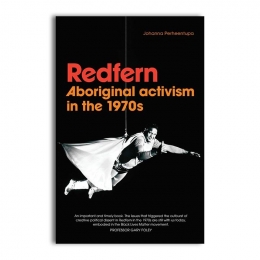 “Since colonisation, there has been a fight for Aboriginal and Torres Strait Islander self-determination, land rights, sovereignty and for a political voice.”

“Redfern and the Aboriginal activists of that time played an important role in that history; but despite progress made, it’s a fight still continuing today.”

Redfern: Aboriginal activism in the 1970s is published by AIATSIS and is available now.

Shaun Wright carves out an inspirational path to success