Unless we can fill the void created by the loss of the Future Fellowships and other schemes, Australia's research horsepower will wind back significantly over the next few years, writes Professor Les Field. 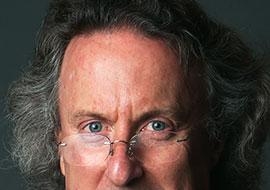 Les Field: "The Future Fellowship Scheme really has delivered; as a sector we need to make this clear."

OPINION: When we discover the formula for something that does actually work why would we let it fritter away?

In the case of the Future Fellowship Scheme there’s a lot at risk. The five-year scheme’s final round closed this month with nothing in the wings to take its place and nothing to ensure its benefits don’t simply evaporate when the current funding runs out.

The Future Fellowships have brought 200 mid-career researchers a year into the Australian research sector, building a critical mass in research areas which address national challenges and help Australia secure its position in a globalised knowledgeeconomy. At UNSW, Future Fellowships have supported the development of world-class research groups and capabilities in a range of disciplines and applications, from quantum computing and photovoltaics to climate change and sustainable materials. It’s no exaggeration to say that much of this talent would have otherwise gone offshore.

Now we find ourselves at yet another research funding crossroads. When the Future Fellowship Scheme was announced, the then Minister for Science, Industry and Innovation, Senator Kim Carr, was understandably passionate about its potential. The plan pushed a number of important buttons simultaneously. It provided a much needed boost to Australia’s research capacity in both big and small institutions, and it alleviated some of the uncertainty facing early to mid-career researchers by offering a financial incentive to stay Australia as well as a new career pathway forward.

In addition, we had something concrete on the table to combat the long lamented “brain drain”. With a meaningful number of Future Fellowships on offer every year, Australia has had good research jobs to counter the ever increasing international competition for bright minds.

Having now seen a new cohort of innovative, talented, inspiring researchers at UNSW reap the benefits of the Future Fellowship scheme, it seems the only real flaw in the scheme’s design was that it was only ever conceived as a five-year plan, and  came without an exit strategy.

Research, however, is a long-term undertaking, sometimes very long-term. Our ground-breaking research at UNSW into photovoltaics, which has laid the foundation for much of today’s global PV industry, dates back to the 1960s.

I know that most universities have incorporated the Future Fellowships into their own planning, as a means of building on areas of existing strength and to build capacity behind new initiatives. The scheme has been an important mechanism for recruiting the next generation of research leaders.

One of UNSW’s highest profile innovators, Professor Veena Sahajwalla, has been supported by a Future Fellowship in shepherding her green steel-making process out of the lab and into the highly competitive international market place. The so-called “green steel” innovation partially replaces coke in electric arc steelmaking with waste tyres and plastics, utilizing high temperatures to literally dissolve the problematic waste streams in new steel. That international commercialisation was achieved within a decade is extraordinary.

Currently one of our strongest research groups, the UNSW-based ARC Centre of Excellence for Quantum Computation and Communication Technology, is looking some 30 or 40 years into the future and is not expected to realise a working computer on the molecular scale for some years. However, last year, a team led by UNSW engineers and physicists achieved a globally significant breakthrough by developing a"single electron reader" - a key building block in creating a silicon-based quantum machine. The ARC Centre, too, has been well supported by key recruits under the Future Fellowship Scheme.

A look at research Fellows across the university sector suggests that numbers are currently at close to an all-time high. Australia has multiple active NHMRC Fellowship Schemes, the tail end of the tenure of some of the now discontinued ARC Fellowship schemes and the pipeline of Future Fellows built up over the last four years. From here on out, numbers will progressively decline as researchers come off their respective appointments.

Unless we can fill the void created by the loss of the Future Fellowships and other Fellowship schemes, it is unavoidable that the research horsepower in Australia will wind back significantly over the next few years.

Governments are accustomed to criticism of their policies, so I was wondering how they might react to praise. The Future Fellowship Scheme really has delivered; as a sector we need to make this clear.

What we now need is a long-term coordinated research vision to frame such success stories. And, to achieve this we need to decouple research funding from the kind of short-term thinking that electoral cycles and politicised budget priorities drive. In an election year, it would be nice to see such a national vision on the table; it’s one both sides could, and should, embrace.

A version of this piece was first published in The Australian.

The government wants to change Australia’s referendum laws. How will this affect the Voice to Parliament?