UNSW has performed strongly in the 2012 Academic Ranking of World Universities, moving into the top 150. 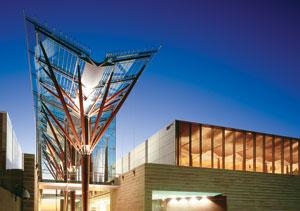 UNSW has performed strongly in the 2012 Academic Ranking of World Universities (ARWU), moving into the top 150.

UNSW has jumped eight places to 142, continuing the trend from last year, which saw the University move from 166 to 150. Strong results in Maths – UNSW is the only Australian university in the top 100 – and in Engineering – one of only four Australian institutions in the top 75 – underlined the positive results.

“Our continuous improvement recognises the performance of our researchers against their peers internationally. Thanks to all of those whose hard work and dedication have helped to achieve this strong result,” said Deputy Vice-Chancellor (Research), Professor Les Field.

Australia now has 19 of its 39 universities in the top 500. The US continues to dominate the rankings, with 17 of the top 20 institutions. Harvard again topped the list, followed by Stanford, MIT, University of California, Berkley, and Cambridge.

The ARWU uses six objective indicators to rank world universities, including the number of alumni and staff winning Nobel Prizes and Fields Medals, number of highly cited researchers selected by Thomson Scientific, number of articles published in the journals Nature and Science, number of articles indexed in Science Citation Index - Expanded and Social Sciences Citation Index, and per capita performance with respect to the size of an institution.

Budget brief: how does science and research funding fare?