As we near the anniversary of the National Apology to the Stolen Generations, the number of First Nations children in out-of-home care has increased. 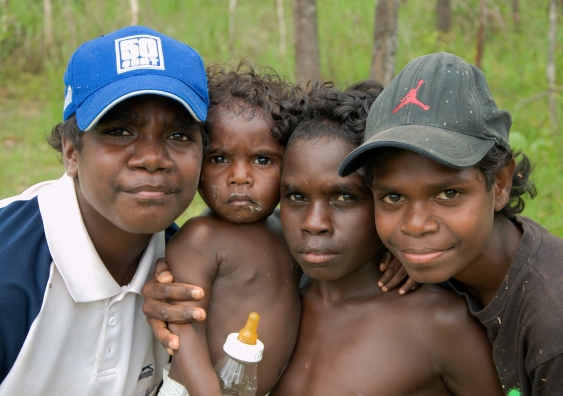 We are edging closer to another anniversary of Kevin Rudd’s National Apology to the Stolen Generations on February 13.

The Family Matters Report led by SNAICC estimated that by 2030, the number of First Nations children in out-of-home care will more than double again without “profound and wholesale change to legislation, policy and practice”.

Australian governments are responding to this crisis at both the national and state levels. One of the Closing the Gap targets is to reduce the number of First Nations children in out-of-home care by 45% by 2031.

Most recently, the national framework for supporting Australia’s children prioritises addressing the overrepresentation of First Nations children in out-of-home care.

Likewise, all states and territories in Australia are also focusing on “permanency” outcomes to reduce the number of children living in out-of-home care.

Permanency refers to recent changes in child protection legislation, policies and casework practice aimed at providing all children in care with a permanent, safe and stable home throughout their childhoods.

Permanency policies appear to be motivated by the best interests of children, but moving Aboriginal children to permanent care orders has a range of benefits for the state. Not only does it appear progress is being made towards reducing overrepresentation in out-of-home care, it also absolves child protection departments of any further financial, practical or moral responsibility to these children or their families.

Of significant concern is these permanency policies do not necessarily mean these children will return to their families. Rather, it means many will move out of the care system through guardianship or adoption.

Under permanency policies, parents must prove within two years of their child’s removal they can address the child protection department’s safety concerns for their child, otherwise these other options will be pursued.

Aboriginal community-controlled organisations and advocates strongly oppose permanent care orders that result in the adoption of First Nations children or their guardianship by non-Aboriginal carers. They also argue this two-year timeframe is unrealistic for parents struggling to navigate a range of interpersonal, social and bureaucratic systems to meet the department’s requirements to have their children returned.

However, this is not reflected in child protection statistics, which show the number of exits to guardianship orders increasing from 18,919 children in 2017 to 21,523 in 2020.

In addition, of the 10,612 Aboriginal and Torres Strait Islander children for whom restoration was a possibility in 2019-20, only 14.8% were returned home.

First Nations families are set up to fail

Current approaches to child reunification come from a perspective where parents are blamed for the problems leading to a child’s removal and preventing their return home. Their perceived failings are considered instead of the external factors that prevent children from returning to their families (and indeed contributed to their removal in the first place).

For example, research for the Australian Housing and Urban Research Institute examined the intersections between housing and domestic and family violence experienced by First Nations women. This research found homelessness and insecure housing played a significant role in preventing reunification for children who had been removed from their mothers.

The 2019 Family is Culture Review found a restoration rate of 17.5% of the 1,318 Aboriginal children taken into care in NSW in 2015-16. The review noted this rate could have been much higher if the NSW Department of Communities and Justice explored the possibility of more families being reunited in these cases and worked towards that goal.

Instead, children remained in out-of-home care or were moved to other permanency orders.

The review cited unclear reunification processes for these families. Parents were often dismissed and discriminated against by child protection services, and there was also as a pattern of mothers being too scared to report domestic violence for fear of having their children taken away.

The review also found impossible goals are set by child protection services for parents living with disability and disadvantage.

Inaccessible and inappropriate services are also barriers to parents achieving their reunification goals in the timeframes. These include securing housing or undergoing a mental health or rehabilitation treatment program, for which waitlists can be very long.

The National Apology was delivered to the many thousands of First Nations peoples impacted by the genocidal protection and assimilation policies that dominated the 20th century in Australia. We like to think these harmful policies are behind us, but they have merely shifted to the guise of promoting a “permanent home for life” for Aboriginal children.

If governments are truly committed to reducing the number of Aboriginal and Torres Strait Islander children in out-of-home care in a way that meets the needs of families and communities, then a whole-of-system approach is needed.

Parents cannot be expected to manage complex social and structural factors beyond their control. These external challenges should not keep children separated from their parents.