Professor Les Field, Senior Deputy Vice-Chancellor, has announced he will step down from his leadership position at the end of 2017 after nearly 13 years in the UNSW Executive. 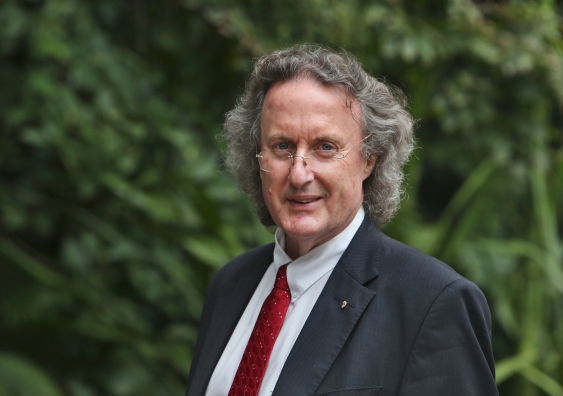 Professor Les Field, Senior Deputy Vice-Chancellor (SDVC), announced today that he will be stepping down as SDVC at the end of 2017 after nearly 13 years in the UNSW Executive.

“I am extremely proud of my achievements in the past 13 years and would like to think that I have had a significant hand in pulling some of the levers that have put UNSW on its current trajectory to becoming a leading global university.

“I leave satisfied in the knowledge that I have played a key role in establishing the Analytical Centre, which is now a very successful model for how to manage big research infrastructure.

“I am pleased to see the clusters of research excellence, that I have tended over the years take root and thrive– the Centres of Excellence, the UNSW Research Centres and the appointments that have built up the critical mass of research activity. I have also valued the opportunity to be heavily involved in the design and implementation of our exciting UNSW 2025 Strategy over the last two years.

“I have enjoyed my time as SDVC immensely, it has often come at a cost to my personal research endeavours, which I have unsuccessfully and often frustratingly fought to find time for over the past decade and a bit.

“Today’s decision is about fulfilling my desire to return to full time active research and to my lab in Chemistry, where I already have a number of projects on the boil and some new projects I am keen to investigate.”

Professor Field said he would continue to play a high-profile role within the Australian Academy of Science and be a champion for Science Policy and Higher Education.

“The decision to step down was only made after long and careful consideration and in the knowledge that while I may not be at the helm come December, I will still be a very active member of the UNSW community,” he said.

Professor Field said he was making the announcement now, a full nine months ahead of his end date, to allow the President and Vice-Chancellor, Professor Ian Jacobs, appropriate time to transition the UNSW executive team, as well as allowing himself time to meet commitments for the rest of 2017.

Professor Jacobs thanked Professor Field for his "dedication, expertise and guidance", and said he was delighted he would remain a part of the University community in his research capacity.

“Les has played a key role in the steady improvement at UNSW in research profile, quality and achievements in his role as DVC Research for over a decade and more recently as Senior DVC in developing and guiding our UNSW 2025 Strategy.

“Les has also made important contributions in the complex areas of our promotion criteria, research integrity, disciplinary processes, equality and diversity and our new Global Development Institute. We will celebrate Les’ achievements at an event later in the year."

Professor Field will continue in the SDVC position the end of 2017.

Turnbull has an opportunity to make Australia a science nation

Engineering and tech in world’s top 50