Opinion Should we change how people are elected to the House of Representatives? 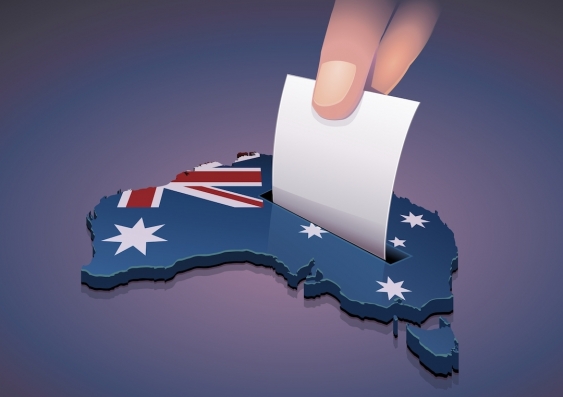 Under a first-past-the-post system the result of the 2022 federal election would have been very different.

The result of the 2022 election is now clear. The Labor Party has won 77 seats, the Greens four and progressive independents five of the Liberal Party’s heartland seats. The crossbench has swelled to a record 16.

Had the 2022 election been conducted according to the pre-1918 system, maintained psephologist Peter Brent on 31 May, the result would have been quite different. The Coalition would have won 73 seats to Labor’s 71, the Greens only two with a smaller number of independents exercising the balance of power. This result would have reflected that Coalition candidates received the greatest number of first preference votes in 73 seats.

The origins of preferential voting

The preferential system of voting was introduced by the non-Labor side of politics for its benefit. In the latter stages of the First World War, farmers’ representatives were challenging liberal MPs (called Nationalists from 1917). In the 1918 by-election for the semi-rural seat of Flinders, the Nationalist government made a deal. In return for agreeing to introduce preferential voting, the farmers’ candidate withdrew in favour of the Nationalist, Stanley Melbourne Bruce.

The electoral consequences of preferential voting

The Coalition became the most successful governing entity in Australia. Preferential voting helped the Coalition because Liberal and Country Party voters could give their second preferences to each other thus maximising the chances of victory for a non-Labor candidate.

While they would likely have won many elections even if first-past-the-post had operated, the preferential voting system did help Coalition governments to hold office for long periods: 1923-29, 1949-72, 1975-83, 1996-2007 and 2013-2022. From the mid-1950s, too, the breakaway Democratic Labor Party (DLP) allocated its second preferences to Coalition candidates. DLP preferences saved Coalition governments from possible defeat in close elections in 1961 and again in 1969.

Proportional representation is used by roughly half the world’s democracies and operates in elections for the Australian Senate, several state Legislative Councils and for the Tasmanian Parliament.

During the time of the Hawke and Keating governments, the Labor Party benefited from Greens, and to a lesser extent Australian Democrats, preferences, particularly in the 1990 election, when Labor received less of the two-party preferred votes but won the election anyway.

The period since 1996, however, was a dismal one for the Labor Party at the national level. Between 1950 and 1975, Labor formed majority governments for only three years. Similarly, in the quarter-century from 1996 to 2021, Labor held majority government for only three years (2007-10) and governed in minority for another three (2010-13). For the rest of the time, the Liberals governed in coalition with the Nationals. At the national level since 1996 Labor has been among the worst-performing centre-left parties.

It might be more successful in the future with electoral arrangements that are more favourable to Greens and progressive independents.

What are single-member districts and what effect do they have?

Read more: Australia has more women in cabinet than ever before: what difference will diversity make?

One reason for this disparity is that Green voters are scattered across many different lower house electorates whereas National Party voters are concentrated in a smaller number of regional electorates. While Greens and Labor compete with each other, when we consider that Labor has spent more time out of office than in government, it is not in Labor’s long-term political interest to have the Greens under-represented in the House of Representatives.

If the progressives elected in 2022, including Labor, Greens and independents, want to ensure that the 2022 election is a generally realigning election (that is, one producing a long period of centre-left government), they might consider changing the system of voting in the lower house away from the one established in 1918. 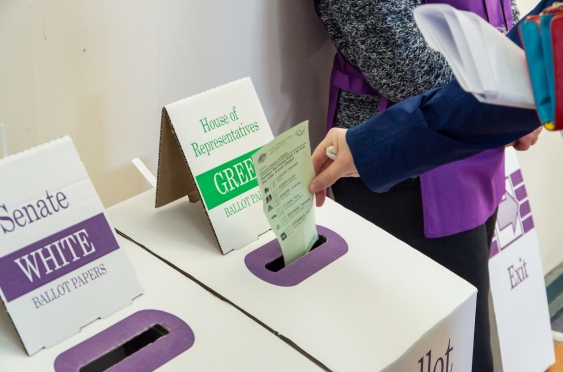 In the proportional representation system, parties can expect to receive about the same percentage of seats as they get in votes.

A proportional representation system would be more in tune with the reality that our major political parties are in decline and that the electorate is increasingly favouring multiple parties and independents. This is evidenced by the low primary vote of the major parties in 2022. This is no bad thing and is actually contributing to a revival of Australian democracy.

To align the electoral system with modern political developments and to standardise voting for both houses of parliament, the Albanese government could consider introducing a form of proportional representation for the elections to the House of Representatives based on multi-member divisions and representation in proportion to the support of groups, parties and independents in each division.

Dr David Lee is an Associate Professor with the School of Humanities & Social Sciences at UNSW Canberra at the Australian Defence Force Academy. He joined UNSW in 2019 after a 24-year career with the Department of Foreign Affairs and Trade. He has published widely on Australian history.