Sleepless in Sydney as UNSOMNIA rolls out 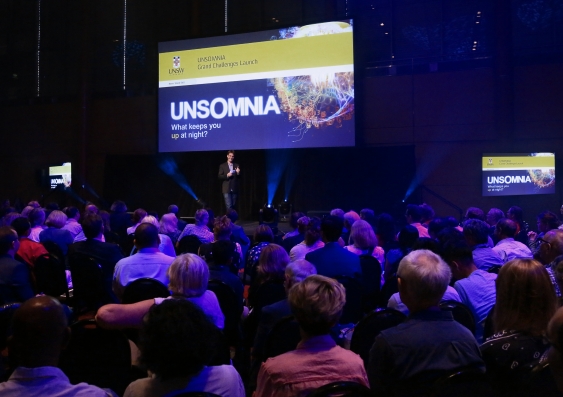 Hosted by comedian Craig Reucassel from the Chaser’s War on Everything, 13 UNSW experts were asked ‘What keeps you up at night’ and invited on stage to offer their solutions to some of the 21st Century’s most complex issues.

Helen Christensen, Scientia Professor of Mental Health, told a packed audience that online prevention programs could prevent some 60,000 young Australians from developing depression and anxiety every year. Professor Christensen is globally recognised as the pioneer of one of the fastest growing areas in mental health: the use of digital and online technologies to deliver evidence-based prevention and intervention therapies for common mental illnesses. 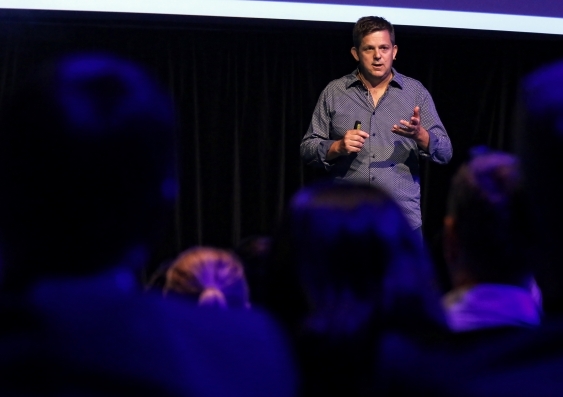 Research by her team at the UNSW-based Black Dog Institute has shown that low-cost, evidence-based mental health interventions can be delivered on smart phones to reach vulnerable adolescents. One in six young Australians will develop a mental illness and Professor Christensen argued online prevention programs could, and should, be made available at every school.

She pointed to findings from a recent study in Sydney, which demonstrated that high school students about to enter final year exams could be effectively “immunised” against depression and anxiety.

“The study found a significant drop in depression and anxiety,” she told the audience. “So why aren’t these programs being rolled out to every school?"

“Our future is going to be full of intelligent machines. They will help make us all healthier, wealthier and happier,” he said, but with one very significant caveat. Humans, he said, must never hand life and death decisions to autonomous machines; killer robots and other autonomous lethal weapons simply cannot be built to fight ethically, so must not be built at all. 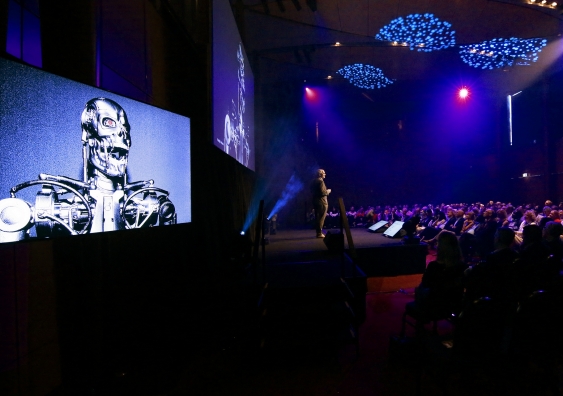 Scientia Professor Matt England, the academic lead for the Grand Challenges on Climate Change, said our failure to take decisive action on global warming was like “leaving our kids with a huge credit card debt”.

The internationally acclaimed expert on the physics of the oceans said more than 93% of the heat from global warming was being absorbed by oceans, but this would not be without significant future costs; including rising sea levels and devastating ocean acidification.

Scientia Professor of Law Jane McAdam, academic lead for the Grand Challenge on Refugees & Migrants, said future climate change impacts would increase the number of displaced people in the world beyond the record 65 million displaced today.

"Twenty-six million people are already displaced each year by the impacts of disasters and climate change, which is greater than the world’s 21 million refugees displaced by persecution and conflict," said Professor McAdam, Director of the Andrew & Renata Kaldor Centre for International Refugee Law.

However, human catastrophe was not inevitable, she said. Emerging new global mechanisms could help nations offset risks by preparing infrastructure to cope with natural disasters and climate change, and plans for coping with movements of people escaping longer-term threats like rising seas. But, she said, governments and communities must prepare now.

Aid relief programs that are “not fit for purpose” were tackled by Professor David Sanderson, an expert in disaster risk reduction and recovery and UNSW’s inaugural Judith Neilson Chair in Architecture.

“Aid fails,” Professor Sanderson argued, “when people fail to listen to those directly affected on the ground”.

He pointed to examples: 500 homes in India that stand empty because they were built in the wrong place and rejected by the locals; tents shipped to the Philippines that cost four times what it would have cost to build brand new homes using local materials and labour; and payloads of toothpaste delivered to rural Pakistan where there are no toothbrushes.

His solution – “Give up the saviour mentality” and “just give cash”. Money transferred directly to those affected by disaster achieves results because it preserves the dignity of the recipients, he said. “The poor, survivors of disaster and refugees know best what to do with tight resources. They’ve triumphed in adversity already.” 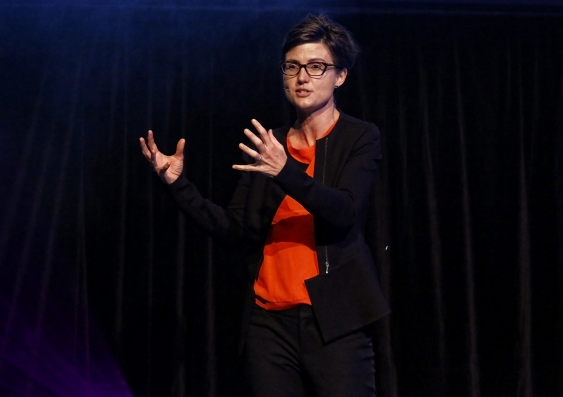 Professor Toni Erskine, from UNSW Canberra, argued humanity was obligated to intervene in the face of human tragedy even when existing institutions, including the United Nations, failed to respond. She pointed to the dire circumstances of the 250,000 civilians trapped in appalling conditions in the Syrian city of Aleppo.

UNSW Law’s Rosalind Dixon tackled the growing fragility of democracy and the threat of authoritarian rulers who “overstayed” their welcome. The professor of Constitutional Law said President-elect Donald Trump had set a dangerous precedent in the final days of the US election campaign, when he suggested he might not accept the election results. In other nations, such as Turkey, Hungary and Poland, Professor Dixon said democratically elected leaders were using the tools of democracy to extend their own power and erode democracy from within.

A possible solution, she suggested, could be “the stick” of constitutional reform that sets limits against democratic backsliding, but also “carrots” or incentives, such as non-consecutive terms, to help ensure leaders “leave on time”. 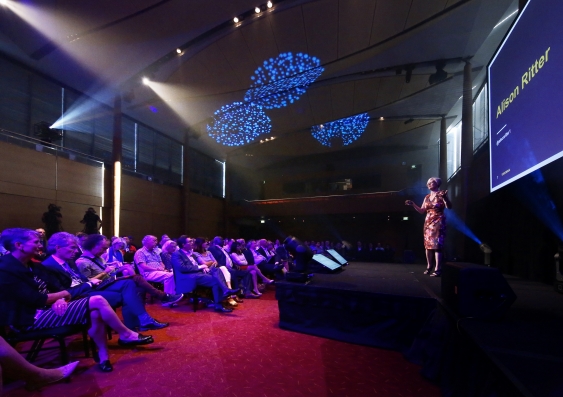 Other pressing issues tackled included the devastating impact of economic globalisation and development, which have seen families torn apart by migration from rural areas to cities (Associate Professor Bingqin Li); how to reverse the growing income inequality between the top one per cent of earners and the majority of workers( Professor Richard Holden); How to design a humane drugs policy (Professor Alison Ritter); the importance of inspiring teachers (Professor Richard Buckland); The challenges of tribalism in a post-truth world (Scientia Professor Rob Brooks); and the vital role of Universities in the 21st Century (Professor Ian Jacobs).

Professor Jacobs, UNSW’s President and Vice-Chancellor, said the higher education sector had a responsibility to be “servants of society”, locally and globally, to help solve contemporary problems. This meant dismantling the “ivory towers” that have separated universities from communities and actively engaging with the public as champions of independent thinking, creativity, innovation and the “contest of ideas”.

The Grand Challenges Program is a central part of UNSW’s 2025 Strategy to establish UNSW as a top 50 university in the world, at the forefront of solving the biggest issues of our time. The Program will run for two years, with activities around up to six important global themes, including Climate Change, Refugees & Migrants, and Inequality.