Allegations of serious misconduct against Australia's special forces should be handled with greater consideration for the reputation of soldiers who have done no wrong, writes Deane-Peter Baker. 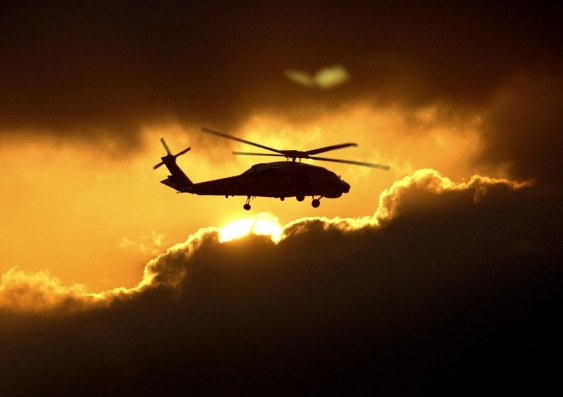 OPINION: Australia’s special forces, usually known for their secrecy, have received an uncomfortable amount of media coverage in recent weeks, with media outlets detailing allegations ranging from flying a Nazi flag while on patrol through to war crimes.

The ongoing inquiry by the Inspector General of the Australian Defence Force (IGADF) into Special Forces conduct in Afghanistan, which was launched in 2016, has been joined by a separate Army-initiated enquiry led by former ASIO and ASIS head David Irvine. Irvine is tasked with ascertaining whether adequate measures have been taken to prevent legal and ethical violations from occurring. The media reports have understandably been accompanied by a great deal of concern, which is certainly appropriate. There has, however, been a loss of perspective in some of the media commentary – C. August Elliott, for example, has gone as far as suggesting in The Sydney Morning Herald that Australia’s Special Operations Command should be disbanded.

Without in any way downplaying the seriousness of the alleged offences, it is important that we do not throw the baby out with the proverbial bath water.

Another recent SMH article claims that “More than a dozen of Australia's most elite soldiers have been subject to intensive questioning by a judge leading a secretive inquiry into allegations of war crimes”. It is not made clear whether all of those questioned were from the same unit, but if all of them were from the SAS Regiment (the unit mentioned in the article), we’re talking about a unit of hundreds of soldiers, and many more who have served in the Regiment over the more than a decade and a half since its members first deployed into Afghanistan.

Throwing around the label “war criminal” willy nilly is a bit like claiming without evidence that someone is a paedophile – it may not be true, but those accused may never entirely shake it off.

We might reasonably also surmise that some of those questioned were not suspects, but potential witnesses. It is not true, as Elliott proclaims in the opening line of his commentary, that “the facts have been laid before us” – allegations are not facts. Yet he is quick condemn not just a whole Regiment, but the entire 3000-strong Special Operations Command and all those who have served in it since 2001, on the basis of as-yet-unproven allegations against a handful of its members.

That might be good for grabbing headlines, but it is more than a little irresponsible. Throwing around the “war criminal” label willy nilly is a bit like claiming without evidence that someone is a paedophile – it may not be true, but those accused may never entirely shake it off.

I should declare my own small part in all this. Since 2015 I have been invited on a number of occasions to visit the SAS Regiment to talk about my work on military ethics, and I continue to engage with them on new ethics education and training tools and techniques that are being developed in my discipline. I have also, in playing a role in the development of UNSW Canberra’s Master of Special Operations, had the opportunity to engage with members of other parts of Special Operations Command. Though not much, that amounts to a lot more contact with Australia’s special forces than many of those commenting publicly on the recent allegations, yet I can claim no insight into their veracity – I will wait, as we all should, for them to be tested in a court of law before drawing any firm conclusions.

In the meantime, what I do know is that our special forces soldiers have carried the bulk of the burden of Australia’s combat missions in recent times – I know one sergeant who has had 11 combat deployments in 20 years as a SAS operator – and as such my starting point in engaging with them will continue to be one of respect, not suspicion.

I would like to re-state my position to avoid misrepresentation. Dr Baker suggests I have been “throwing around the ‘war criminal’ label willy nilly”. This is not true. None of my writing has used the term “war criminal” to describe any member of the Special Operations Task Group. I used the term "illegal violence" (which comes from the Crompvoets Report) when referring to special forces allegations and used "war crimes" only in relation to historic case studies of Mỹ Lai and Srebenica. Dr Baker also says that I was “quick to condemn not just a whole Regiment but the entire 3000-strong Special Operations Command and all those who have served in it since 2001” for alleged misconduct in Afghanistan. The Herald article to which Dr Baker refers used phrases such as “some soldiers”, “certain charismatic corporals” and “insidious sects within special forces” (italics emphasis added) to ensure my critique specifically did not apply a broad brush to all within the organisation. Some members of the command are now blowing the whistle on alleged wrongdoing. They are witnesses, not suspects, and their claims should be heard out in full.