The Kirby Institute at UNSW today lost a close friend and longtime colleague Professor Joep Lange who, with his partner Jacqueline, were among the almost three hundred people on Malaysian Airlines flight MH17 shot down on the Russian-Ukraine border. 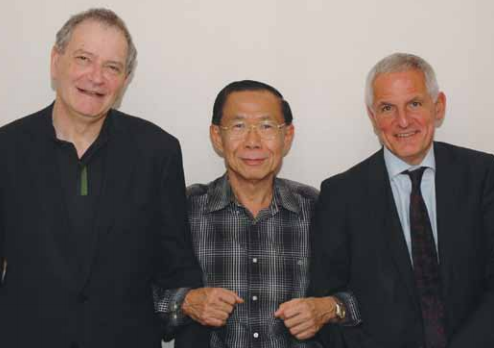 The Kirby Institute at UNSW today lost a close friend and longtime colleague Professor Joep Lange who, with his partner Jacqueline, were among the almost three hundred people on Malaysian Airlines flight MH17 shot down on the Russian-Ukraine border.

They were on their way to the 20th International AIDS Conference, AIDS2014, in Melbourne, which starts on Sunday 20 July. Joep was one of a number of European researchers believed to be heading to the Melbourne conference.

The University and The Kirby Institute extend their sincere condolences to the families, friends and colleagues of these researchers and all on board flight MH17.

Joep was a close colleague and friend of Kirby Institute Director, Professor David A Cooper.

“Joep had an absolute commitment to HIV treatment and care in Asia and Africa,” Professor Cooper said. “The joy in collaborating with Joep was that he would always bring a fresh view, a unique take on things, and he never accepted that something was impossible to achieve. Our joint work in Bangkok, the HIVNAT centre, will stand as his legacy.”

Professors Lange and Cooper were both working in HIV research and treatment from the early years, and since the mid-1990s in resource-poor settings. They shared a specific interest in preventing HIV from taking hold in Asia the way it had in Africa. In 1996, from a conversation they had with their Thai colleague Professor Praphan Phanuphak, the head of the Thai Red Cross AIDS Research Centre, they moved to establish a research centre in Bangkok called HIVNAT.

“The N is for Netherlands where Joep was my opposite number, head of the national HIV research centre, the A for Australia and T for Thailand,” Professor Cooper said. “And it has been so rewarding to have such success in bringing world class research and world class benefits to Thailand and surrounding countries.”

Joep Lange has worked in HIV research and treatment since 1983. He made far-reaching and ground-breaking contributions to the development of affordable HIV treatments, particularly combination therapies, for use in resource-poor countries. Another outstanding area of contribution has been his pioneering role in exploring affordable and simple antiretroviral drug regimens for the prevention of mother-to-child transmission of HIV in resource-poor settings. Both of these have been part of his dedication to increasing access to effective HIV treatment.

At the time of his death, Professor Lange was Professor of Medicine at the Academic Medical Center, University of Amsterdam and Senior Scientific Advisor to the International Antiviral Therapy Evaluation Centre, Amsterdam. He was co-director of the HIV Netherlands Australia Research Collaboration (HIV-NAT) and a former president of International AIDS Society. In 2001, he founded and chaired the PharmAccess Foundation, a not-for-profit organisation based in Amsterdam, designed to improve access to HIV/AIDS therapy in developing countries. He was a founding editor of the academic journal, Antiviral Therapy.