The annual Gandhi Lecture was hosted at UNSW Sydney this week to commemorate India’s Martyrs’ Day. 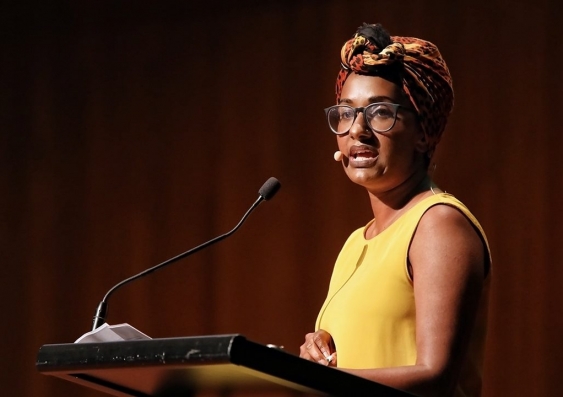 NSW Sydney leaders joined human rights champions for the 2020 Gandhi Lecture to address how Australia can take steps to become a more equal and inclusive society for all.

During the lecture titled “The Fight for Human Rights,” held on Tuesday, UNSW President and Vice-Chancellor Professor Ian Jacobs acknowledged Australians are facing a difficult time with the bushfire crisis and the challenges of the coronavirus.

“Every year we gain inspiration in the Gandhi oration, and it is perhaps true that we have never needed that inspiration more than we need it now,” Professor Jacobs said. “For as Gandhi so eloquently put it, in a gentle way, you can shake the world.”

“And tonight, we're fortunate to have five people gently shaking the world who will share with us their experiences. They are true human rights speakers.”

Ann Mossop, Director of the Centre for Ideas said the gathering of five extraordinary women on one stage comes at a time when Australia is facing many human rights challenges.

“Indigenous Australians are the most incarcerated in the world,” she said. “More than one woman per week is killed by a current or former partner. Over half a million Australians are living with less services than they need…We depend on (people like our speakers) them to make us a better country and defend and protect the most vulnerable.”

The first speaker of the evening, Pat Anderson, an Alyawarre woman known for her powerful advocacy for the health of Australia’s First Peoples, described when several hundred Aboriginal and Torres Strait Islander community leaders convened for the Uluru convention to consider proposals for constitutional reform in May 2017.

“As First Nations People we have accumulated 65,000 years plus or more knowledge about how to care for this land,” she said.

“The voices of parliament enshrined in the Constitution would be a permanent place in which we shared that knowledge and use it to help all people now living here and help prevent the kind of suffering that we have seen in the past few months.” 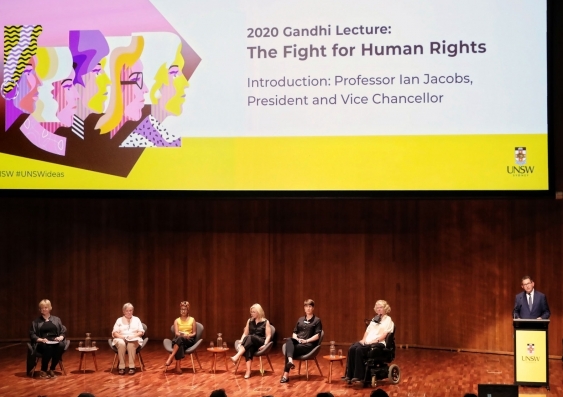 Rosemary Kayess is a human rights lawyer who teaches in UNSW Law and is the Director of Engagement at the Disability Innovation Institute UNSW. She has devoted her career to disability policy and reform and spoke about the elimination of discrimination.

“The fundamental basis of this shift begins with people with disabilities being recognised as carers, rather than promoting segregation,” she said. “This requires legal, policy and program responses, to focus on inclusion. The elimination of discrimination, and the removal of all barriers, to the full participation in all aspects of our society.”

“To achieve this, we need to ensure our public discourse, our research and our planning is responsive to and reflective of human diversity. It is only through ending the segregation parallel systems in relation to education, employment and housing so people with disability can be an integral part of society on the basis with others.”

Shen Narayanasamy has worked extensively with offshore detention asylum seekers and led #LetThemStay, which prevented the deportation of hundreds of asylum seekers to Nauru. She told the audience about her incredible story of the journey to the Manus Island Detention Centre and the lessons learnt.

“The people were locked in by the Navy, with no power, no water and no food,” she said. “We knew it was coming. The date had been announced months prior. We went to the PNG government, and we knew that if no one had pictures of the humanitarian crisis, the humanitarian crisis does not happen. But we failed. We could not get anyone to go.”

“Someone told us about an undercover way we could get to Manus Island. So together with our best media guy, co-director and myself together decided to get on a plane. We had one mission, to bear witness and obtain footage that could be sent across TV screens and newspapers to show the plight of these men to the world.”

Rosie Batty has been a tireless crusader against family violence since her son Luke was murdered by his father in 2014, leading Australians to take action on domestic violence. She talked about being a victim of online trolling.

“It doesn't just happen to other people, it happens to people like us,” she said. “People in your own friendship circles, your own work communities, the suburbs of where you live. In a modern, progressive, wealthy country like Australia, it is astonishing we are still resistant to actually acknowledging the depth of this issue.”

“So, we do have to understand the nature of the work we do, because we feel passionate about being part of change, it does come at a cost. It takes bravery and courage to get up and stand up for something that is right. And even amongst your own friends and peers, sometimes, they don't have the same vision. It can feel isolating and it can feel very alone.” 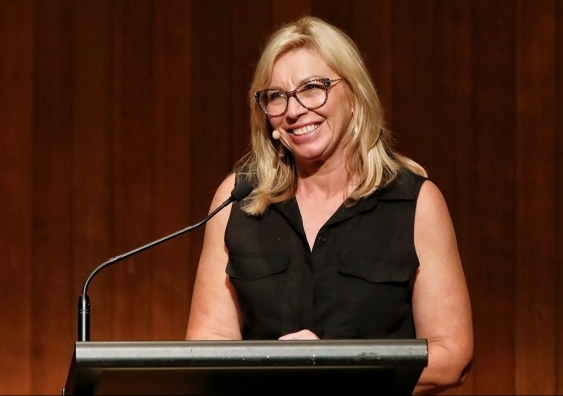 Turning her personal tragedy into a fight to help others, Rosie Batty was named Australian of the Year in 2015, and more recently received an Order of Australia.

The final speaker for the evening was Anna Brown, a human rights lawyer and CEO of Equality Australia. She has been involved in every major reform for LGBTQI+ people in recent years.

“In 2017, Australians voted for equality and fairness, overwhelmingly. They did not vote for discrimination. And we saw Australians stood up through that process for LGBTI people in a way they never had done before and it changed the face of Australia forever.”