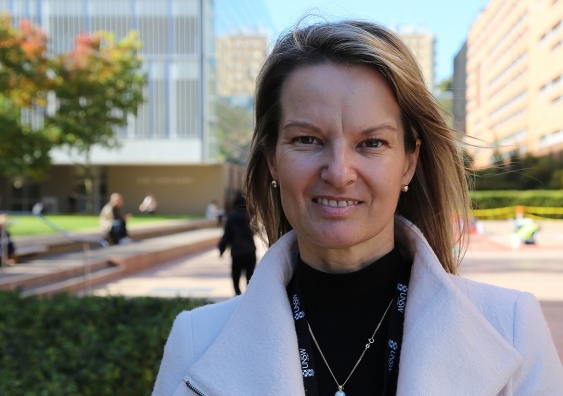 'Women don’t have the luxury of many women in senior roles on whom they can rely for mentorship, leadership advice or simply as a larger network of colleagues': Janelle Wheat.

Doubt is contagious, especially when you’re only 13. That’s when you tend to follow the tribe. What they believe you believe and what they fear you start to fear. I saw this in action when my teenage daughter started to question her maths ability as her peers’ attitudes towards STEM subjects took a sudden dive.

As a scientist and academic who has spent 20 years talking about STEM I was surprised that among school girls this problem is endemic. I have had to consistently reinforce and assure my daughter that she is in fact a very strong maths student. I have had to reverse negativity.

The new data released today is clear: all around the world girls and boys perform equally well in STEM subjects and girls often perform better than boys on science literacy tests. So why the scarcity of women in the STEM workforce? Why haven’t we plugged the leaky pipeline?

The reasons are complex and entrenched, and in some ways a result of inner bias and the way we talk to girls about science and maths. There is still – to some extent – a generational perception that means some parents talk to their daughters about science differently than they do with their sons. And despite a rise in women with STEM qualifications, many are not pursuing careers or reaching senior levels. This under-representation can have a ripple effect.

In a paper released today, published in Nature Communications, UNSW researchers compared gender differences in academic grades from more than 1.6 million students aged six through to university from all over the world, across 268 different schools and classrooms. It found that girls and boys perform equally well in STEM – including at the top of the class and on average girls scored higher grades than boys and girls’ grades were less variable.

Another study published in Psychological Science in February reported analyses of the academic achievement of almost 475,000 adolescents across 67 nations or economic regions. It found that girls and boys have similar abilities in science literacy in most nations. Between 2006 and 2011, the number of females with STEM qualifications increased by 23 per cent.

So, the issue isn’t in aptitude, but in societal beliefs and unconscious bias that are pervasive. Breaking them requires tenacity.

A 2015 OECD report suggested that improving attitudes among girls in tackling complex maths and science problems, and parents encouraging girls to consider careers such as engineering, could significantly improve outcomes and boost the number of women in STEM.

Teachers and parents also have a major role to play – to not undersell science to girls. We need to change the language about science and maths so it becomes much more positive and desired. We need to talk overtly about the benefits and wonders of understanding maths and science to girls. The role of other adult women in children’s lives should not be underestimated: family, senior women leaders and friends who have an interest or career in science are good role models. This should lead to changing beliefs about the underlying value of pursuing one type of career versus another.

The gender distribution of people with STEM qualifications and in the workforce remains highly skewed. In a 2016 report by the Office of the Chief Scientist, women made up only 16 per cent of Australians with STEM qualifications. Women are most underrepresented in mathematics, physics, engineering and ICT; in industry sectors such as construction and transport; and in senior positions. There was a relatively high number of women in sciences, at 46 per cent, compared with only 13 percent of women in engineering and 22 per cent in Information Technology.

Aside from the need for a strong supply of female graduates in STEM there is a real need to remove the obstacles, barriers and biases that stop women from staying in STEM fields. This is a long-term issue that includes encouraging women to embrace a STEM education but also a national commitment to addressing the complex factors – such as job security and discrimination – that disadvantage women in the STEM workforce.

Women don’t have the luxury of many women in senior roles on whom they can rely for mentorship, leadership advice or simply as a larger network of colleagues. This under-representation leads to feelings of isolation and inability to maintain a work-life balance. It’s more challenging for women to find and keep more senior roles, and this just reinforces historic gendered work patterns.

Finally, with the workforce transitions that are predicted to occur over the next 10 years due to automation technologies, our economy needs to be embracing more women in STEM related occupations. Employers are seeking graduates with STEM skills. They want graduates to be job ready and think critically. Increasing the size and diversity of our workforce will bring long term economic benefits to our country.