On the 3rd anniversary of the Uluru Statement from the Heart, Professor Megan Davis says that the coronavirus pandemic highlights the need for a First Nations Voice to Parliament. 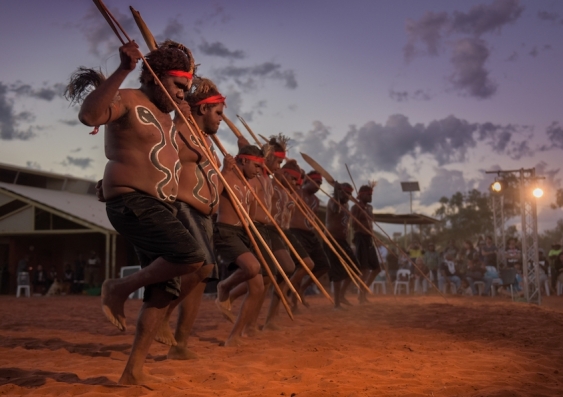 As the autumn sun melted onto the surface of Uluru, the sacred and ancient site of the Aṉangu peoples and the spiritual heart of the nation, Professor Megan Davis paused.

The red earth under her feet kicked up in the wind. She held a microphone in one hand and a small piece of paper in the other. She remembers it well, despite the years that have since passed.

Typed on the page were not just words, but rather the voices of hundreds of Aboriginal and Torres Strait Islander peoples; a continuation of a long and storied tradition of Aboriginal activism and self-determined political aspiration.

The document marked the culmination of months of Regional Dialogues with First Nations communities from across the country. A product of unprecedented national consultation and engagement; of genuine community debate, discussion and truth-telling about the history of the nation.

Each sentence, grounded by shared stories of oppression and suppressed voices, were equally formed by stories of strength and resilience. 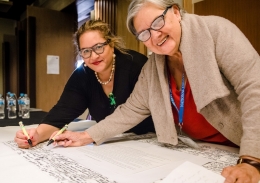 On that page, as it billowed in the Northern Territory wind, was a collective rallying call to the Australian people, a line drawn in the sand – a rejection of symbolism and an embrace of substantive constitutional change for the empowerment of First Nations peoples.

It was and still is, Professor Davis says, a game-changer. In her hands, that day on 26 May 2017, was the Uluru Statement from the Heart.

“We, gathered at the 2017 National Constitutional Convention, coming from all points of the southern sky, make this statement from the heart,” Professor Davis had read to a crowd of other First Nations delegates.

What followed was a historic call for constitutional change and recognition of Aboriginal and Torres Strait Islander peoples and of sovereignty, never ceded. Namely, the statement called for a First Nations Voice to Parliament enshrined in the constitution.

The culmination of the agenda, after a constitutionally enshrined Voice – as called for by the Uluru Statement – was the establishment of a Makarrata Commission. Makarrata, a Yolngu word meaning ‘the coming together after a struggle’, would oversee agreement-making or treaty, and supervise a truth-telling process.

The Uluru Statement represents, Professor Davis says, a roadmap toward peace and a way to empower Aboriginal peoples; a mandate which highlights the need for “truth before justice”, and an affirmation that real reconciliation is predicated on this fact, not on mere symbolism. 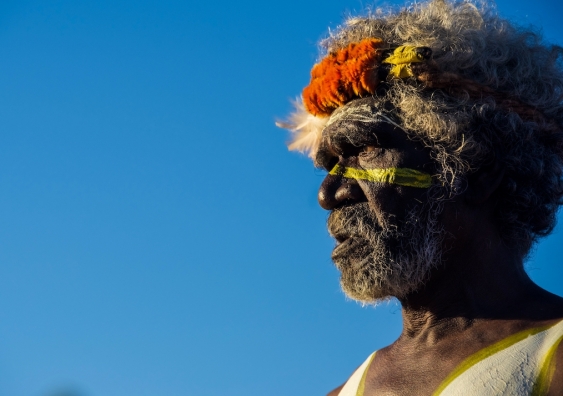 Three years later, with the nation dealing with a global pandemic, the Uluru reforms remain “as important as ever”. If anything, COVID-19 further emphasises the need for a constitutionally enshrined First Nations Voice to Parliament, Professor Davis says.

The power of self-determined Aboriginal community “leadership to achieve positive community outcomes has been on display during the pandemic”.

Yet COVID-19 has also put the spotlight on the limits of current institutional and political structures in Australia, Professor Davis says – structures which hinder the ability for genuine self-determination to properly flourish.

“The experience of Aboriginal and Torres Strait Islander communities during the coronavirus pandemic highlights the exigency of the Voice to Parliament,” she says.

COVID-19, self-determination and the need for Voice, Treaty and Truth

The coronavirus pandemic has also brought renewed attention to the existing vulnerabilities of indigenous peoples across the world – due to historical and on-going disempowerment.

In a report, Roadmap to Recovery, produced by leading academics in the Group of Eight universities, a chapter focused on the question of the ‘special considerations with regards to Aboriginal and Torres Strait Islanders and their communities through the recovery process’.

This section of the report, compiled by research scholars – including Professor Davis and UNSW Indigenous Scientia Fellow, Dr Kyllie Cripps – acknowledged the need for a unique recovery roadmap for Aboriginal and Torres Strait Islander peoples and communities. 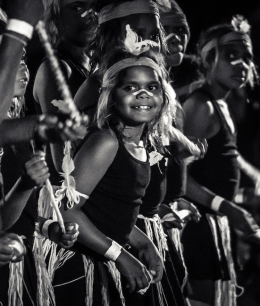 A Voice to Parliament, Professor Davis says, provides a structural change that will help Aboriginal communities be self-determining and to flourish. Image: Jimmy Widders Hunt.

The authors pointed to the already exemplary leadership of Aboriginal community-owned health and social organisations in response to COVID-19.

The leadership of Aboriginal communities and that of the Aboriginal controlled-health organisations during the COVID-19 pandemic, often spearheaded by the advocacy of the land councils and National Community Controlled Health Organisation (NACCHO), Professor Davis says, represents “self-determination in action”.

“That is,” Professor Davis says, “Aboriginal communities took action, including closing communities off and enacting self-isolation measures [ahead of Government action], which has likely avoided devastating consequences.”

However, this has also emphasised the limits and restrictions that current political structures place on community autonomy, to the point “where the Aboriginal experience of this pandemic, and its threat to those communities, has not been reflected in political decision making”.

“Adjustments to the current structures such as the partnership agreement between the Commonwealth and Indigenous peak bodies through COAG will only get us so far in closing the gap,” Professor Davis says. Instead, the “real power lies in structural change”.

“The Uluru process decided that a Voice to Parliament was the best way to embody that structural power so that the grassroots voices of the First Nation entity can be directly represented to the lawmakers and policymakers in Canberra.”

COVID-19 is a good example, she says, of how communities can function when governments “throw out the ideological rulebook”.

Uluru reforms: where are we now?

Only weeks after issuing of the Uluru Statement from the Heart on 26 May 2017, then Prime Minister, Malcolm Turnbull dismissed the call for a Voice to Parliament. This dismissal came with “a false characterisation of the Voice to Parliament as a third chamber.”

This quick rejection of the core tenet of the Uluru Statement, Professor Davis says, was in stark contrast to the overwhelming support from the Australian public, the private sector, and even the opinions of typically conservative legal experts.

“As Murray Gleeson [former chief justice of the High Court] said in his speech last year: what is proposed is a voice to parliament, not a voice in parliament.”

Today, with a new Prime Minister, and a new Minister for Indigenous Australians – the first Aboriginal person to hold an Indigenous Affairs portfolio – have the reforms, called for three years ago, progressed?

“Currently there is a process that is designing the voice entity,” Professor Davis says. “This is a hand-picked group of people specifically chosen by the Minister and his agency to develop a model to be delivered to Cabinet.”

Cabinet will then be responsible to choose a model that Aboriginal and Torres Strait Islander communities will comment on – with the question of a referendum to come after that process is complete.

“Scott Morrison [in his ‘Closing the Gap’ speech to parliament] has indicated that the design of this voice does not foreclose on constitutional enshrinement. The referendum question will come after design.” 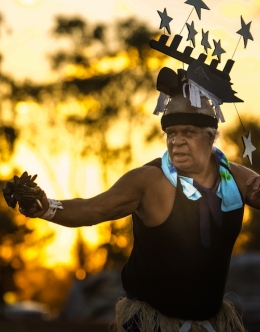 Australian's need to under the importance of constitutional entrenchment of a Voice to Parliament says Prof Davis. Image: Jimmy Widders Hunt.

The important work then, Professor Davis says, comes with educating Australians on why a constitutional entrenchment of a voice power is so important for the Voice to Parliament.

“In their work of the dialogues and the final meeting at Uluru, many First Nations representatives decided that the Voice to Parliament was both symbolic and substantive recognition.”

“This is vitally important, as mere symbolism has been rejected by our communities time and time again.”

Constitutional entrenchment also gives certainty and stability to the Voice, Professor Davis says, whereby the existence of voice would not be left to the whim of the government.

“A successful referendum by the Australian people would also give legitimacy to the notion that Australians wanted the voice of the First Nations peoples to be listened to when law and policies are made about their lives.”

Three years ago in Uluru-Kata Tjuta National Park, the wind eased. Professor Davis still remembers the red earth settling at her feet. Behind her, Uluru stood tall over the landscape, as it had done so in the presence of the Aṉangu peoples for millennia.

“We invite you to walk with us in a movement of the Australian people for a better future.”

And so, fifty years after the 1967 referendum which meant Aboriginal and Torres Strait Islander peoples were counted in the census, the Uluru Statement from the Heart was issued.

Today, the call for Voice, Treaty and Truth remains “as an invitation to the Australian people”, Professor Davis says.

“The Uluru Statement was purposefully issued to the people, and not to politicians for a reason.”

It is the Australian people, Professor Davis says, that holds the power to unlock the constitution – to allow for a process of truth and justice; for Aboriginal and Torres Strait Islander peoples “to take a rightful place in their own country”.

“Three years have passed, yet our voices have remained strong.”

“We need all Australians to join with us in this movement; for us to start the long process of coming together after a struggle.” 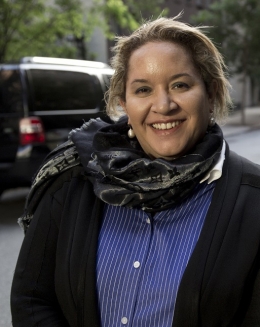 Formerly Professor Davis was Chair and expert member of the United Nations Permanent Forum on Indigenous Issues (2011-2016). In 2017, she was a member of the Referendum Council, having previously served on the Expert Panel on Recognition for Aboriginal and Torres Strait Islander People in the Constitution (2011).