Deregulating student fees and providing more choice through private providers have the potential to transform our higher education sector, which is being strangled by a lack of funding and diversity, writes UNSW Vice-Chancellor Fred Hilmer. 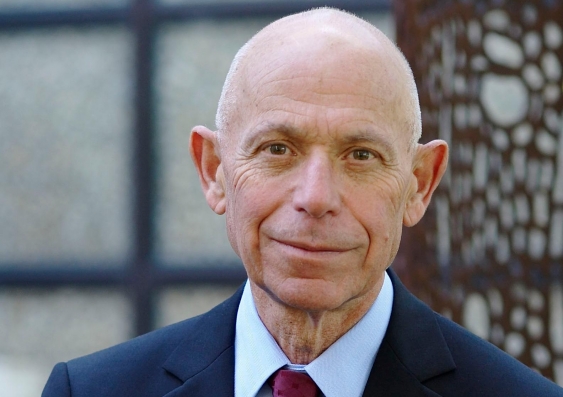 With HECS in place, the choice, financially at least, rests squarely in the hands of students - Prof Hilmer

OPINION: The recent Facebook post by Education Minister Christopher Pyne querying whether Australia’s higher education system could include US-style colleges was interesting to say the least.

Obviously a comment on social media doesn’t constitute a formal policy announcement. But hopefully it signals that the federal government is open to a serious shake-up of higher education in this country.

Such a shake-up could occur as the government considers how it will respond to the Kemp-Norton review of the demand-driven funding system. Two major changes with far reaching implications are foreshadowed in that review – first, that the demand-driven system should be expanded to include non-university providers. Providers such as TAFEs and private colleges would have access to Commonwealth government funding for student places, under the same uncapped system now applying to our public universities.

Second, there would be some deregulation of fees, with students paying more for qualifications such as law or business with high private benefit in terms of lifetime earnings.

Both ideas have elicited screams of horror from various sectors. But they have the potential to transform our higher education sector, which is being strangled by lack of funding and lack of diversity.

The changes would address the real threat to the quality of our higher education system – that it is not sustainable. We have moved into an era of mass education, but government funding has not kept up with that expansion. Funding per student is declining and has been for 30 years. There seems little prospect that governments now, or in the future, are likely to reverse this.

Lack of diversity exacerbates the funding problem and limits opportunity. Not all students are the same – they have different capacities and different needs. We need more choice, we need more pathways into university degrees, and we need to deregulate fees if we are to continue to expand opportunity and have a high quality higher education system. The evidence is that as long as we maintain the HECS system there should be no impact on access – plus there would be significant scholarship support for disadvantaged students.

Opening up the sector to different providers should be implemented in stages and obviously we’d need to ensure proper quality regulation. But as in the US, where students can choose to go to a public or private university or perhaps a teaching only college, our students would have much greater choice.

We’ve seen this diversity operating elsewhere and the world hasn’t ended. The US is home to more leading universities than any other country. China is also differentiating – selecting certain universities as its global research flagships while developing local colleges with teaching only missions, as well as other highly specialised universities.

The threat of more competition has prompted dire predictions of sub-standard institutions and a risk to the sector’s international reputation.

But why shouldn’t an institution that meets quality standards be able to participate in providing higher education? We accept that private hospitals should co-exist with public; we accept private as well as public schools. And we have already gone down the private provider road to some extent with universities such as Bond, which charge full fees. The prediction that private for-profit institutions would sacrifice quality for profit would seem to ignore the effect of competition and students voting with their feet.

What would a deregulated higher education sector look like? Some universities would continue to provide world class research as well as teaching. Some universities would become teaching only. Some would specialise in certain areas. Colleges could offer bachelor degrees or diploma pathways into university. In time we may even see a research-only institution along the lines of Caltech, made possible by philanthropy as well as competitive research funding. Students could choose to pay a premium for a particular research intensive course or smaller classes at a particular university or opt for paying a lower fee for fewer options at another institution.

These changes move us away from John Dawkins' vision of all degrees being the same. But with HECS in place, the choice, financially at least, rests squarely in the hands of the student.