With the federal election approaching, policies are needed that end funding uncertainties and consolidate investment in research, writes Merlin Crossley. 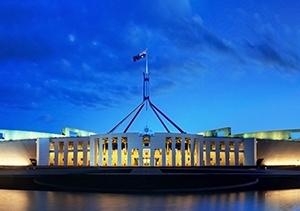 OPINION: Following federal elections some policy promises bear fruit, others vanish or, worse still, get in the way. During the 2010 election campaign, tertiary sector policies were strangely absent. In 2007, with its education revolution, Labor had a lot to offer.

In the research policy arena, the big non-starter was hubs and spokes, a vision of research collaboration and engagement that we don't hear much about these days. Hubs and spokes had several features that were politically attractive. No university would miss out and no matter where you were, you could dream of being a hub but you could still be a spoke if that wasn't to be.

The policy picked up the idea of critical mass and precincts (hubs) and regional support and inclusivity (spokes). Hubs and spokes sang of collaboration but also paid lip service to the reality of prioritisation.

Kim Carr was a minister who hit the ground running in 2007. He doubled the number of scholarships for doctoral students and increased stipends, he brought in laureates to replace federation fellowships, and he introduced 1000 future fellows. He drove Australia's bid for the Square Kilometre Array and he successfully managed the National Collaborative Research Infrastructure Strategy and supplemented it with Super Science funding. He championed academic freedom and the right to publish.

NCRIS was really his hubs and spokes policy. The sharing of equipment has always happened informally and works very well. Funding collaborative research infrastructure helps everyone. There is a natural and universal drive to make it work.

Having a $1 million microscope, for example, with 100 users is good; getting 1000 users is even better. The larger user base provides support, enabling maintenance and ultimate replacement of the machine when it becomes obsolete.

We are now watching to see if there is a current or shadow minister who would hit the ground running in September. Simple things such as restoring the Sustainable Research Excellence timetable and support, reinstating the mid-career future fellowships schemes and establishing a system of sustainable support for knowledge infrastructure to continue NCRIS are areas for attention.

With Australia poised for success in an increasingly competitive world, one begins to look not for an educational revolution, nor for masterly inaction, but for consolidated moderate investment and a research strategy - an end to the uncertainties of start-stop funding. One looks for a plan on which to build productivity in the Asian century.

Professor Merlin Crossley is Dean of Science at the University of New South Wales.

This article was first published in the The Australian newspaper.