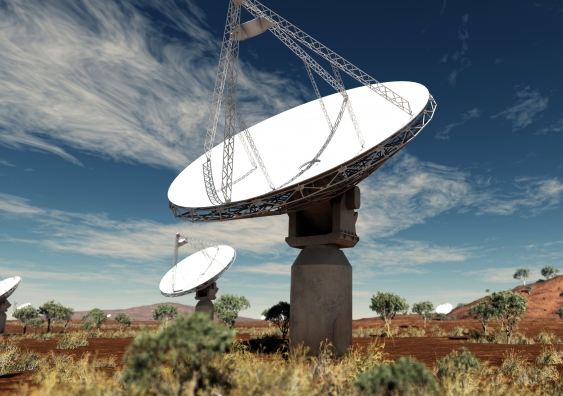 Professor Boyle was among 14 “seminal contributors” to ASKAP awarded the CSIRO Chairman’s Medal, which recognises exceptional research teams that have made significant scientific or technological advances of importance.

The CSIRO said the ASKAP team had revolutionised astronomy “by developing a spectacular new capability for observing wide areas of the sky using the world’s first widefield imaging receivers”.

ASKAP is the forerunner to – and will be an integral part of – the multibillion-dollar international Square Kilometre Array (SKA) project, which will be 50 times more sensitive than current instruments.  It will also have 10,000 times the discovery potential. 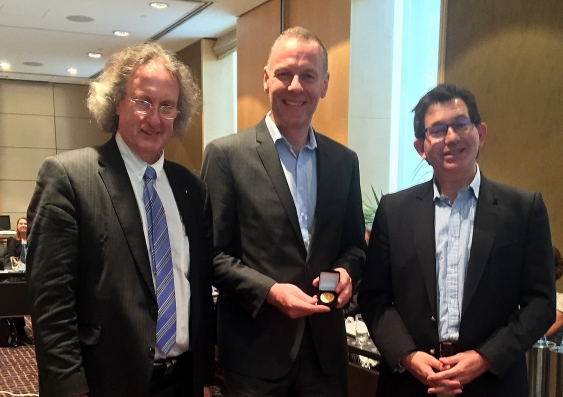 Professor Boyle, a fellow of the Australian Academy of Science, led Australia’s successful bid to host the SKA and raised the funds for and oversaw ASKAP’s initial construction.

He resigned his post as SKA Director to join UNSW earlier this year, and described the CSIRO award as the culmination of a decade’s work.

“It’s very humbling, I’m very proud of what the team achieved and happy that we have been recognised,” he said.

Together we’ve built a fantastic radio telescope, the best in the world at what it does and one that’s unlikely to be superseded for generations.

“This achievement would not have been possible without every member of the team who has directly contributed over the years,” he said.

“Together we’ve built a fantastic radio telescope, the best in the world at what it does and one that’s unlikely to be superseded for generations.”

Using “radio camera” technology called Phased Array Feed Receivers, ASKAP will be able to detect many hundredfold more galaxies and help shed light on some of the Universe’s most fundamental physics and processes.

The telescope will comprise 36 individual antennas working as a single instrument. Six are currently operational and 12 will be online by the end of 2015, with all 36 in action within the next 18 months.

It will produce a staggering 72 million million bits of information per second, requiring the latest advances in super-computing and engineering.

Its members are spread across the continent, from Perth, Geraldton and the Murchison Radio Astronomy Observatory in WA to Sydney, Narrabri and Parkes in NSW.

Professor Boyle shared in Yale’s 2007 Gruber Prize for Cosmology and the 2015 Breakthrough Award in Fundamental Physics as a member of the Supernova Cosmology Project team that discovered the expansion of the universe was accelerating.

He was director of the Anglo-Australian Telescope from 1996-2003 and CSIRO’s Australia Telescope National Facility from 2003-2009. 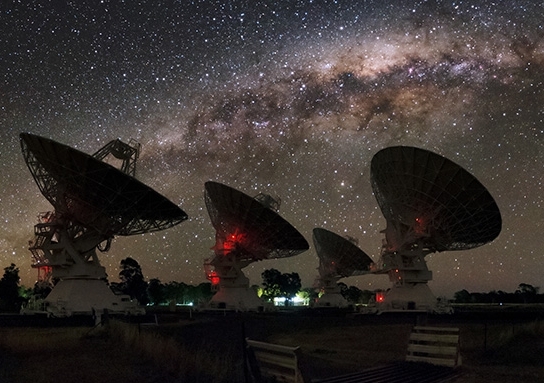 Chinese partnerships are vital for universities and global research