UNSW’s Richard Hugman says it is time to stop treating elderly people as objects, as the Royal Commission into Aged Care and Safety continues. 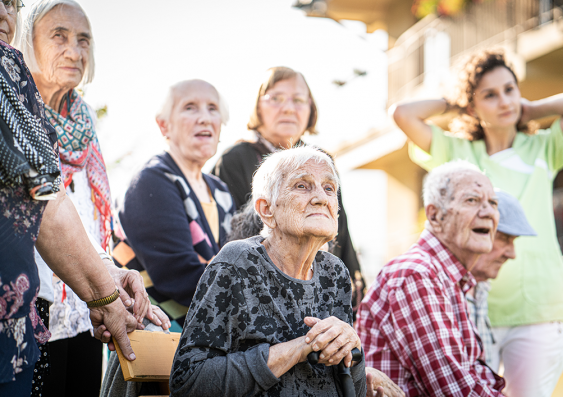 Professor Hugman says there needs to be an emphasis placed on the expression of positive values about how to treat and view elderly people as human beings. Image: Shutterstock.

The dramatic increase in COVID-19 deaths in Australia’s aged care homes begs the ethics around our treatment of people in aged care, says a UNSW expert. In less than four months, deaths from COVID-19 in aged care have increased from 28 to 580, at the time of writing. 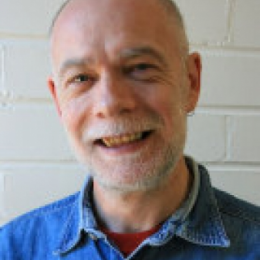 “To use a similar ethos in caring for human beings that you would use in producing physical things for sale, I think is an unfortunate way to think about the world,” the former professor of social work at UNSW Arts & Social Sciences, says.

“The way policies are framed around running these [places], it is as if they are running a factory. I understand good management techniques are transferable across settings, but you also need to understand the content of what you're managing.”

Causes of the COVID outbreaks in aged care

A range of factors have been blamed for the outbreak of COVID-19 in care facilities, including a lack of training in the use of Personal Protective Equipment and supplies available for care staff.

Melbourne’s aged care homes have been the worst hit, with all but five of the 115 aged care homes affected by the virus in Victoria. St Basil’s recorded 44 deaths, Epping Gardens had 36 deceased and Twin Parks Aged Care in Reservoir with 21.

In Sydney, Newmarch House recorded the state’s highest death toll in aged care with 19 cases, including two residents who had COVID-19 when they died from other causes. And the numbers are growing.

Newmarch and St Basil’s had alarming numbers because they decided not to transfer patients to hospital, Prof. Hugman says.

“I haven't seen the detail, but the question I would be asking is, ‘were those homes actually using established infectious disease control methods?’” he says.

The decision not to transfer patients is exacerbated by the fact that today there are very few qualified nurses in nursing homes, Prof. Hugman says.

“Some nursing homes don't even actually have a nurse on duty at all times. If they’re looking after 100 people and they’ve got one nurse on duty to supervise other people, then they might have somebody who has a certificate from TAFE administering drugs and medications.

“Whereas in a hospital, someone would actually have to be a qualified nurse to be doing that.”

Care staff working across multiple sites during the pandemic have also reportedly been a likely source of COVID-19 transmission. Prof. Hugman says staff have to work between homes just to earn enough to survive on.

“It's not just in Victoria, despite what the government says. These are all reflections of the broader ethics of the social value that is placed on [ageing] people, so that they seem to be less well cared for than they could be otherwise.”

The Australian Royal Commission into Aged Care Quality and Safety (RCACQS) is now looking at better financing models, including regulation of aged care providers, in its latest hearings expected to run until September 22.

It comes after a survey by the University of Queensland for RCACQS estimated it would cost $621 million per year to improve the quality of all aged care homes to better standards. In its October 2019 interim report, the RCACQS’ scathing review stated that aged care is a “shocking tale of neglect” in Australia that fails to meet the needs of our elderly people.

Australia’s aged care sector is “unkind and uncaring” towards older people, it does not deliver uniformly safe and quality care and often neglects them, according to the interim report.

Prof. Hugman says while the Royal Commission creates an opportunity for people to speak up, the real challenge lies in the government’s response and how it then permeates into the wider society.

A lack of transparency

Prof. Hugman says there is a lack of transparency in how government funding is spent by management in aged care facilities in comparison to community-based social services where monitoring is stringent.

He says claims by some aged care homes, particularly those from the for-profit sector, that they have to spend less on staff relative to residents in order to cover their costs just doesn’t stack up.

“And those claims about non-profitability do not explain how or why the [aged care] for-profit sector remains [in operation],” he says.

The Victorian Aged Care Response Centre has since been set-up to coordinate efforts to stabilise any further COVID-19 outbreaks across the private and public aged care sectors, with an infection control officer now stationed in each facility.

And the Royal Commission is set to release its final report by 26 February 2021.

Prof. Hugman recommends the government respond to the Royal Commission by not only providing sufficient funding but by also ensuring older people are treated with dignity and care.

“[The government needs to] focus on improvements to the aged care sector that are not reflective of a sense that older people needing care are a burden on society,” Prof. Hugman says.

“[Instead, they need to focus on the fact] that older people are part of society and that a good society is one that values all its members.”

Prof. Hugman also says there needs to be an emphasis placed on the expression of positive values about how to treat and view elderly people as human beings.

“Frankly, there are some places I've visited in the last few years, either because I've had friends or relatives who are living in them or I've gone to visit for professional reasons,” Prof. Hugman says.

And they’re places, “I wouldn't go anywhere near”.