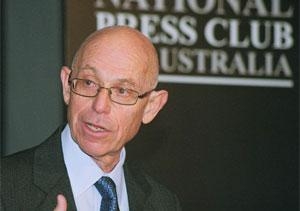 In a wide ranging speech, Let’s Stop Pretending— A Realistic Vision for Australian Universities, Professor Hilmer, the Chair of the Group of Eight (Go8), said universities were treated like “fly-by-nighters” under a “dysfunctional and smothering array” of regulation. He cited an example where UNSW had to prove it had a library and teaching spaces before it could get approval for a new diploma.

Professor Hilmer said without urgent and significant policy change, universities were heading for decline. He said if he was Education Minister he would cut red tape and regulation including restructuring the Tertiary Education Quality and Standards Agency; adopt a long-term national research strategy; and deregulate undergraduate course fees for domestic students.

“It’s time to take the next step — fee deregulation ... the government should allow universities to charge increased fees from students in degrees with high private benefit, such as business, law, engineering and medicine. The impact on these students is significantly ameliorated by the HECS system which requires repayment of fees only when and if certain income thresholds are reached and could be further ameliorated by scholarships.”

Flagging a more robust lobbying effort, Professor Hilmer said universities needed to step up and “play in the public policy field a lot more aggressively than we have been”.

“We’re getting close to a time when we’ve got to do pretty much what the mining industry did. Just say no, take out ads, and be absolutely vocal.”

He said this was vital if universities were to have any chance against oppressive government regulation and fee structures.