Universities give back far more than they take so let's increase research funding, writes UNSW President and Vice-Chancellor Ian Jacobs. 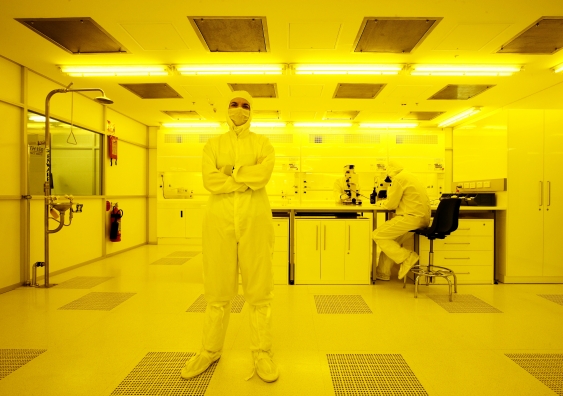 OPINION: By any measure an investment that reliably returns five to 10 dollars for every dollar spent is a sound proposition. Even more so when that multiplier effect is harnessed to transform government funding into long-term economic gain for the common good.

Yet the benefits that flow from public support for the outstanding research conducted in Australian universities remains poorly understood. This is why, as part of developing our 10-year strategy, UNSW commissioned Deloitte Access Economics to analyse and quantify the contribution our universities make to the Australian economy, using UNSW as one example.

The results contain some important figures. The research output of UNSW alone contributed $15 billion to the Australian economy in 2014. That is, the value to Australia of the knowledge, innovations and technologies incubated and developed at UNSW over time. The university sector as a whole contributed some $160 billion in knowledge and technology in 2014, or about 10 per cent of GDP. This is more than Australia’s entire mining sector.

Over the past 18 months there has been considerable debate over funding models for our universities. This has focused, primarily, on whether student fees should be deregulated to enable universities to boost their income without imposing further demands on the public purse. The ensuing discussions about student equity and access, levels of student debt and the quality of university education are important and will continue.

Regrettably, the focus on fee deregulation has left little room for debate about properly funded research and the economic benefits it generates. This needs to be corrected, not just so that universities can plan for the future, but to ensure the real contribution of research is recognised. This is especially important as the Turnbull Government positions innovation as a key driver of economic prosperity. Internationally, there is significant evidence linking research and innovation to economic growth.

The UNSW-commissioned Deloitte Access Economics report indicates funding directed to research in our best universities – Australia currently has six in the world’s top 100 – is a very smart investment. Every dollar spent by the government on research returns in due course between $5 and $10, equating to an annualised rate of return of 60 to 100%. This compares very well against the government option of simply repaying debt, with an annualised return of 1.5%, or the historic average 7% return on private investment.

To put that into perspective, UNSW’s $15 billion contribution to the economy from research activity last year, as estimated by Deloitte, was supported by Commonwealth research funding of less than $500 million per annum.

The economic analysis also quantified other significant, and perhaps better understood, returns. Like any large organisation, a university makes an economic impact through its operations. Campus development generates jobs; tens of thousands of domestic and international students pay course fees; universities employ thousands of staff; and our staff, students and visitors spend millions on accommodation, food and services with a vast ripple effect across the economy.

Through these direct economic benefits alone, UNSW contributed $1.76 billion to Australia’s GDP in 2014, including $1.58 billion to the economy of NSW. This equates to UNSW providing the equivalent of 11,700 full-time jobs. Other universities would, of course, return similar benefits.

To take on the challenges and opportunities of the future, universities are producing highly skilled graduates to meet the rapidly evolving needs of employers. Deloitte Access Economics estimated that university education nationwide added around $140 billion to GDP in 2014, just by raising the skill level and productivity of Australia’s workforce, which is essential to increasing the nation’s living standards.

As the Turnbull Government considers how best to address the economic and social imperatives facing Australia, the key role universities can play must be recognised. The current $160 billion economic contribution of university research activity is impressive but a lot more is possible. There is a pressing need for universities, industry and government to work more closely together. With the right incentives and investment, a new era of ‘University-Industry-Innovation’ partnerships could foster entrepreneurship and boost growth and diversification in the Australian economy.

As Universities Australia Chair, Professor Barney Glover, highlighted recently at the National Press Club, the global quest to develop quantum computers, led by UNSW, is an example of brilliant research with great commercial potential. This is just one of the many opportunities to achieve great things for society and yield economic benefit.

Even a modest increase in government funding for research would increase national income. By simply restoring average funding growth rates to the level of the last decade (5.7% per annum, up from 4.3% in 2014), our Deloitte Access Economics research shows that up to $29 billion per annum would be added to GDP over the next 35 years.

I welcome the new Federal Education Minister’s commitment to consult with the sector. Public investment in our universities and the research they generate should be a top priority, irrespective of the direction or outcome of the ongoing debate over tuition fees. Universities are not a funding challenge; they are a key economic and social solution. Funding research in our universities is not a charitable donation; it is a smart investment in future prosperity.

Professor Ian Jacobs is President and Vice-Chancellor of UNSW. The Deloitte Access Economics report was released as part of the University’s new 10-year strategy, UNSW 2025. The piece was first published in the Sydney Morning Herald.