Opinion Universities must embrace China or miss out 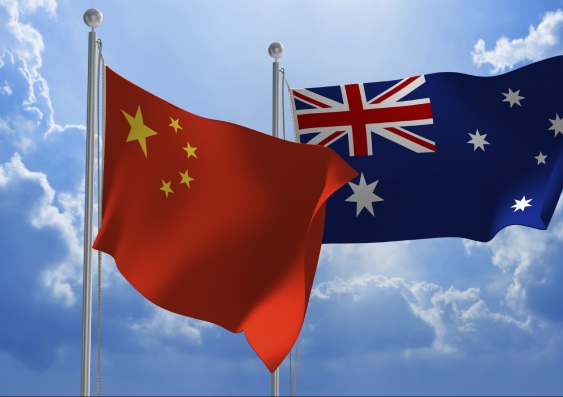 OPINION: To borrow from the Prime Minister, there has never been a more exciting time to be an Australian university. But to grasp the research opportunities linked to China's big innovation push our universities need to be equally innovative and forward-thinking.

Policy and structural shifts are moving the economy of Australia's largest trading partner into a new phase of expansion built less around "assemble" operations and more on ground-breaking science and technology. China leads the world in patent applications, its annual research and development budget – $200 billion – is second only to the US, and its latest five-year plan calls on the nation to become a "world powerhouse of science and technology innovation" by 2049 – the 100th anniversary of the founding of the People's Republic. Much of this drive forward will incorporate knowledge transfers from overseas partners.

Where should Australia's universities position themselves in this dynamic equation? Are there deals to be made, research contracts to be signed, new partnerships to be forged? In short, yes. On an Olympian scale? Quite possibly.

Last year I travelled to Beijing to explore the potential for research contracts for the institution I lead – UNSW. I returned instead with a breakthrough: the first Torch science and technology park to be established outside China – boosting Sydney's push to become Australia's global innovation hub and progressing the federal government's National Innovation and Science Agenda.

Torch is the umbrella agency of the Beijing government that oversees 146 such parks around China, which conduct R&D for 50,000 tenant companies that account for 10 per cent of industrial output and contribute 7 per cent to China's gross domestic product. When I proposed to Zhang Zhihong, director-general of China's Torch High Technology Industry Development Centre, that we consider creating a Torch park at UNSW in Sydney, his response was swift: "Why not?" In the following months, we signed around $30 million in research contracts with eight Chinese companies, and more are in the pipeline. Welcome to the new, innovative China.

The government's Australian Innovation Systems Report, published last year, showed only 16 per cent of Australian businesses were high performers in innovation culture, compared with 44 per cent of the global top 100 companies. What it highlighted was that Australia was slipping behind because of an "inward looking" corporate mentality, something not unknown in Australian universities. But that's changing as the stakes grow; old paradigms won't work, any more than new ones based on the old. UNSW's deal with China shows what's possible, provided universities are ready to take on two challenges not normally associated with institutions of higher learning: speed and risk.

In the emerging ecosystem of business incubators, accelerators and risk-takers that is "techno-China", nobody is standing still. To join China's innovation train, we need to move quickly and take on a degree of risk. How to manage and minimise risks is what dynamic businesses do daily, but Australia's universities are not by nature risk-takers, nor do they usually move quickly. They're complex organisations with large bureaucracies. The upside is that our more progressive universities are rich in two assets driving the innovation boom: intellectual capital and human capital, both of which can generate world-class targeted research and development.

At UNSW, our 2025 Strategy aims to place us in the world's top 50 universities – a huge challenge with so many players competing, but worth going for. Three areas of our expertise are already in the global league: developing new materials for engineering applications, biomedical technology and research for a low-carbon, clean-energy future. On Thursday we'll open a new $10 million laboratory funded in part by Chinese industry, just three months after finalising negotiations – warp speed for any university. UNSW and Hangzhou ­Cables will kick-start our joint effort by developing electricity transmission cables using graphene, a form of carbon with conductivity 40 times more efficient than copper. By 2025, Chinese investment in UNSW research is expected to grow to more than $100 million, enabling construction of a globally-connected UNSW/Torch innovation precinct with our Chinese partners.

Australia's universities can no longer rely on a steady flow of government funding to undertake their ground-breaking research, nor can business wait on traditional models to obtain marketable research outcomes. We need to bridge the "valley of death" that relegates too much research to the dormant archives of patent offices. Research in our universities contributes an estimated $160 billion to Australia's GDP each year, but we can achieve much more. To do so we'll need to be agile and bold, and take risks with due diligence. To embrace the innovative edge involves taking risks, but risk can also be opportunity in disguise.

We're at the start of a lengthy journey into the global knowledge economy. As Confucius noted, to move a mountain you need to start by carrying away small stones. There's no shortage of world-class R&D teams in other countries lining up to access China's massive innovation push. Australia can't afford not to be involved; the sooner we sign up the better. In the innovation Olympics, there are no medals for second and third places. Universities that wait patiently for the phone to ring will not be taking home gold.

Professor Ian Jacobs is the President and Vice-Chancellor of UNSW. He has founded numerous start-ups, including Abcodia Ltd, a biomarker development company. He is a speaker at the AFR Innovation Summit in Sydney on August 17-18.