Opinion Universities should learn before sentiment turns against them

Australian universities will face the same criticisms as their British counterparts unless they learn to speak to popular concerns. 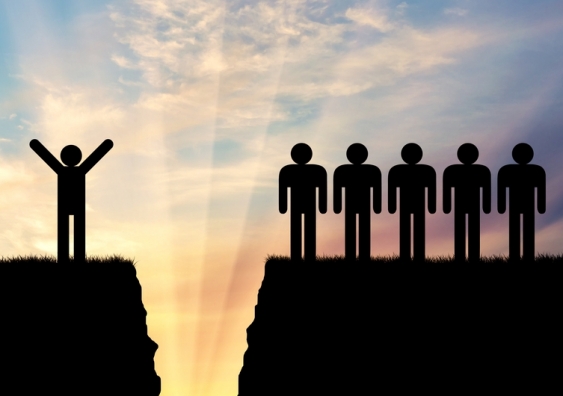 OPINION Universities in the UK have recently found themselves on the wrong side of public opinion and under attack from across the political spectrum. Every week brings bad newspaper headlines. Vice-chancellor pay has become a lightning rod issue, the tuition fee system is falling out of favour and universities are increasingly painted as being part of an out of touch elite. Although political conditions are better for universities in Australia, there's much the sector could learn from the UK experience.

In the UK, a narrative pushed by the left argues that academics and students are under assault from managers, ministers, vice-chancellors and market forces. The right claims that universities are unaccountable ivory towers and most degrees are of little value. These have morphed into a single narrative – that fees are too high, vice chancellors are essentially corrupt and universities are no longer serving the interests of "ordinary people".

This is pushed by unlikely allies in both Conservative and Labour circles, and elements even promoted by the trade unions in higher education that channel much of the disillusionment that exists in the academic workforce.

It's become apparent that for all their clear successes, UK universities have struggled to define themselves in recent years. They too often fall back on 18th and 19th century philosophy that says universities have a higher, moral, noble purpose – to build a liberal society and a better world. This has made them sound removed from and above the concerns of ordinary people.

The 2008 financial crash exposed this position – people are angry, feel let down by political elites and are prone to look for answers from leaders outside the political establishment who purport to understand people's day-to-day lives.

The UK had a period of austerity after the 2008 crash – painful cuts were made to front-line public services and universities largely took protection from this by a rise in tuition fees. It's against that backdrop that these damaging narratives started to set in and why vice-chancellor pay in the UK – like bankers' bonuses in 2008 – are a cause of such popular anger.

Far from making society better, the growth of universities is increasingly seen to be part of the same failed political philosophies that led to the crash itself – particularly globalisation and the free movement of goods, services and above all people.

Perhaps the current education minister Simon Birmingham can talk about the rivers of gold that have flowed to Australian universities because as is the case in the UK where it's said universities are awash with cash, people are likely to believe it.

That makes universities particularly vulnerable to attack in these new political times.

Australian higher education has – for now – a good level of confidence among the general population. This is something to be celebrated, but recent experience in the UK shows that universities would be wise not to get complacent.

Campus free speech issues, trigger warnings, safe spaces and the sensibilities of "generation snowflake" have proved to be talking points in Australia as they have in the UK, although to a far lesser extent. But it's a favourite topic of those mistrustful of higher education around the world because it helps paint students and universities as removed from the concerns of "ordinary people". The same commentators can often be found waging the intergenerational war alongside the cultural one. For example, in maligning the "smashed avocado generation".

Attacks on students are attacks on the whole university community, and so institutional leaders would be wise to push back against any attempt to vilify students, because ultimately this agenda simply helps any narrative that seeks to separate universities from the rest of society.

Although there's been no widespread anger about vice-chancellor pay in Australia, Birmingham has promoted the issue when he's sensed an opportunity to give universities a kicking. Imagine dozens of ministers doing that over a number of years, building allies in the media, among students, with populist politicians in the Senate and with a disillusioned academic workforce. It's not hard to see how this could become a more prominent issue in Australia given time, particularly as vice-chancellor pay is often double that of their UK counterparts.

Vice-chancellors here should learn from the UK experience and the failure to get ahead of that issue before it was too late where VCs kept their heads down and hoped things would blow over, not understanding the popular anger or what could be done about it, before they lost control of the narrative and the government started to intervene.

It's the economy, stupid

Graduates in Australia are finding it harder to get work then they did 10 years ago, though this has recovered a little bit recently. In the UK, despite a strong labour market, there's a suspicion that many programs do not produce good employment outcomes. But variations in graduate earnings have far more to do with how affluent students were when they arrived at university, and the local labour market conditions around the university, than they do about the subject studied.

Regardless of this, the UK government is looking closely at how it can further link employment outcomes to courses and tuition fees – a move that could be highly destabilising, particularly for arts and humanities subjects where the crude economic return on investment is harder to quantify.

We know the Australian government is already looking at linking employment and education data – doubtlessly important and interesting work, but in different political conditions such as a fall in support for higher education across society, or with a rise in populist politicians who want to fuel an anti-intellectual sentiment, it's just the sort of thing that could be used to inflict great damage to the fabric of the sector – and ultimately the society it serves.

"Rivers of gold" resonates because it's a clear and understandable narrative that paints universities as inefficient and overfunded. Particularly when vocational education and training has suffered so badly – something that's happened both here and the UK, although for different reasons, the effect might be the same.

It's being used as a wedge issue in the UK. Both Labour and Conservative figures talk up vocational education – not because they really care about that sector or understand it (both sides have underfunded it for decades) but because they are searching for the anything-but-university solution. Could vocational education provide a cheaper, more efficient alternative that will get the economic outcomes the politicians desire?

In Westminster, universities and vocational colleges are part of the same departmental budget, so there's a fear that a new review of post-18 education funding might now be used to rob Peter to pay Paul.

Most experts agree you need a healthy and functioning VET sector, as well as higher education. But the experts are not in fashion right now.

Australian universities have been hugely successful at attracting international students, particularly in the last decade. With higher education now the No.3 export industry, the Australian economy wouldn't be the same without them and many of the universities would be a shadow of their former selves.

In the UK, a damaging narrative has set in that international students displace home student places – and although this is simply untrue, it's a compelling story that plays into popular fears about immigration and the free movement of people. It's this sort of hostility that makes it harder for universities to fight against moves to limit the flow of international students – in Australia it would be the cap, in the UK it's the government's inclusion of students in migration statistics.

Making the case for the importance of international students – not just the clear benefit to the economy, but also for the diversity of people and ideas brought both to institutions and wider national life – should be a continuing project. And it should be a far more powerful story than one pushed by those that would want to limit international students from coming to Australia.

Populist politicians might pose a genuine threat to higher education around the world, but that doesn't mean universities shouldn't also speak to popular concerns. The recent UK experience shows that Australian universities shouldn't delay in owning and promoting a more compelling narrative than the one their potential opponents might use to tear them down.

It shouldn't be too difficult. Australian and UK universities share a great deal, including a progressive outlook and a powerful ability to shape the world around them by pushing at the boundaries of knowledge and providing the opportunity of higher education. But there's a great deal more that could be done to come down from the ivory tower and connect directly with individuals across society.

Universities have unrivalled intellectual resources and great connections – they could deploy these more quickly to align with issues of wider concern, from mental health to welfare reform. I think universities should be unashamed social activists, street fighters for progress, always on a campaign footing – not just seen to be lobbying out of self-interest. That approach would make it very difficult for Australian universities to be permanently labelled as out of touch or irrelevant like their UK cousins. And it would provide an immediately compelling narrative about what they do and why it matters in 2018, before someone else tells a different story.

Mark Leach is Editor of Wonkhe.com, a group influencing higher education policy, people and politics in the UK. This article is based on a speech given at UNSW Sydney.

This article is republished from The Australian Financial Review.