Academic excellence and an enviable international outlook have helped UNSW climb four places to 45 in the QS World University Rankings. 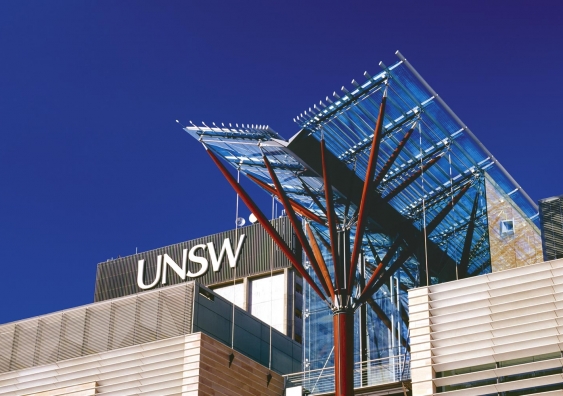 Since 2014, UNSW has moved up seven places in the respected rankings.

Academic excellence and an enviable international outlook have helped UNSW climb four places to 45 in the QS World University Rankings for 2017-18.

The result places UNSW as the highest-ranked university in Sydney and in NSW, and third in Australia, behind the University of Melbourne (=41) and Australian National University (20).

Professor Ian Jacobs, UNSW President and Vice-Chancellor, said: “The good news for UNSW in the QS rankings builds on the outstanding work of the UNSW community over many decades and suggests that our 2025 Strategy is taking us in the right direction. My congratulations to the staff, students, alumni and supporters whose contributions have made this possible.

“I was particularly delighted to see that Australia now has seven universities in the top 100, reflecting the strength of our sector and its contribution to national prosperity. For UNSW it is pleasing to have risen to 45th worldwide and to be the top ranked university in New South Wales but this is just one measure of university quality and there is no room for complacency. We will continue our efforts to improve lives through research excellence, innovation in teaching, thought leadership, striving for equity and diversity and contributing to economic prosperity."

Since 2014, UNSW has moved up seven places in the respected rankings, compiled by global education analysts, QS Quacquarelli Symonds.

The University scored a maximum 100/100 on the QS International Faculty Index, based on its proportion of international faculty members.

Typically, universities located in places with large expatriate populations, like UAE, Hong Kong and Switzerland, score highly on this measure, so UNSW’s perfect score highlights its attractiveness to overseas staff.

QS also gave UNSW high marks for its proportion of international students (97.8/100) and academic reputation (96.4/100), which is judged from a survey of academics around the world.

Employer reputation was judged from an annual survey of employers around the world, which asked for their views on which institutions provide the best professionals. About 40,400 responses were analysed.

Ms Fiona Docherty, Vice-President International, Marketing and Communications, said it was pleasing to see the high regard for UNSW education in the minds of employers worldwide and the recognition of UNSW’s global outlook.

“We already know that UNSW graduates are highly employable, both in the competitive jobs market here in Sydney and nationally and abroad, and the QS employer survey confirms this,” Ms Docherty said.

“UNSW is a university of choice not only for students but for staff. The rankings reveal the early success of our intensive global academic recruitment efforts, and our growing reputation for academic excellence.”

The QS World University Rankings have been published since 2004. This year, 959 universities were judged on academic reputation, employer reputation, citations per faculty, student to faculty ratio, international faculty and international students.

QS noted that Australian institutions made the most progress in the rankings than any other nation of similar size and standard for a number of reasons, including institutional performance and shocks to the global higher education system over the past year.

“However, they also reflect the increased desirability of Australian higher education in the light of current political situations in the United States and United Kingdom – typically Australia’s main Anglosphere competitors.”

UNSW on the rise to rank 46 in the world