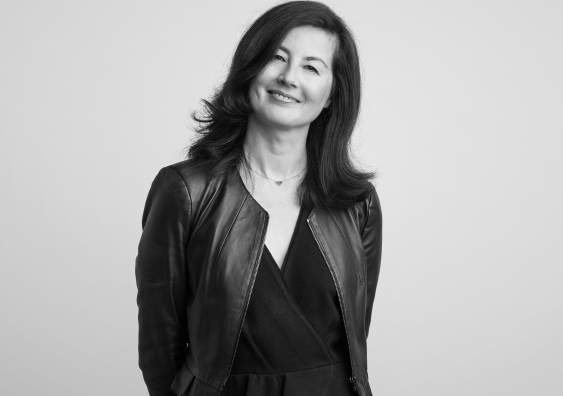 "I think the purpose of the commission is to grow the competition sustainably, so that means innovation": Marina Go.

Marina Go is the first to admit that she is very vocal about her views. It shouldn’t come as a surprise – in order to be successful as an independent chair and non-executive director for over a decade, it’s a vital trait to possess. However, as a woman in the male-dominated arena of the National Rugby League (NRL), it wasn’t always welcome.

“I spent a lot of time dealing with men at very senior levels of the game who probably would have rather not have had to deal with me, quite frankly,” she says.

“I’m quite vocal about my views and it’s a sport that is desperately in need of the sort of culture that diversity brings. Not just the representation of women, but to truly embed the change that women can bring through different perspectives, different behaviours, different levels of tolerance for behaviour.”

With the Tigers at her back

Having completed her four-year term as Chair of the NRL’s Wests Tigers, Go is able to reflect on that period of her life and hopes she was able to bring about some change in the sport as a whole. She is quick to clarify that within the Tigers she always felt supported.

While sports administration wasn’t always an area that Go aspired to be in, it was a move that came about as a result of her studies at UNSW.

“I chose UNSW because I’d made a decision that I wanted to do an MBA, and then having made that decision, I wanted to do the best MBA I could possibly do and the AGSM was the number one MBA in Australia,” she says. “I actually didn’t apply anywhere else, I only applied there because it was my first choice. Thankfully I was accepted and it was the best decision I ever made.”

From there Go was invited to be part of a group called Women with MBAs and at an event organised by the group she was inspired by Sam Mostyn, who was a Commissioner with the Australian Football League (AFL).

Mostyn spoke passionately about the need for more women on boards and Go was sold. She completed a company directors’ course and registered with Women on Boards.

“Netball found me from the register, they were looking for someone who had media and marketing skills and I was their first ever independent director,” she says. “I joined the board of Netball Australia, that was my first ever sports board. I did that for six years, which was my three terms of two years and then I had to come off the board because my term had expired. And then a year later I was approached by the NRL.”

Coming back to netball as the first-ever Chair of the new Suncorp Super Netball Commission, Go feels like she is coming home.

“It feels great to be back, I’ve been so warmly embraced by the netball and the board,” she says.

Planning the future of netball

Never one to rest on her laurels, Go talks eagerly about the “lofty aspirations” that she and the other members of the commission have for Australia’s premier women’s sporting league.

“I think the purpose of the commission is to grow the competition sustainably,” she says. “So that means innovation, thinking differently, and there’s a really great group of people on the commission with me who have a very strong strategy focus, which I think is very important.

“But of course we need to make sure we do that sustainably, to ensure that we have the revenue to support the growth.”

While being a woman in the sporting world certainly isn’t easy, Go hopes that more young women will pursue it as a career path and help bring about cultural change, particularly in male-dominated sports. Her message to those young women wanting to take it on is strong.

“You need to be really proactive,” she says. “You need to be out there contacting lots of sports organisations, putting your hand up, letting them know that you’re keen. And it’s really important because there are lots of aware organisations now who realise that having a diverse workforce improves the culture of the organisation.

“But a lot of them say, ‘Oh well, we couldn’t find a woman to take that job’. We all know that there are lots of talented women out there, so god knows they’re not looking hard enough. So put yourself in front of them.”