An incredible fourth innings century from Usman Khawaja set up an unlikely draw with Pakistan in the First Test in this international cricket series. 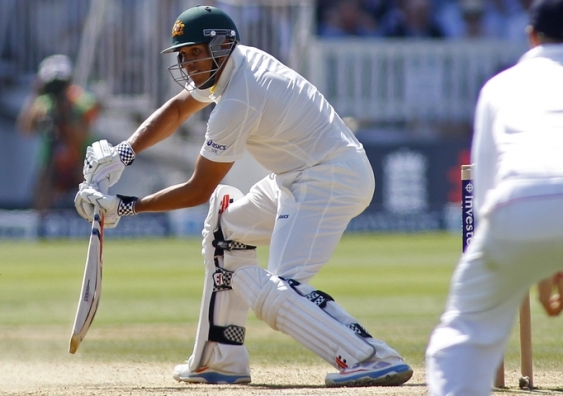 It was a Test to remember for Pakistani-born Usman Khawaja, as he held his nerve to steer the Australians to a draw in Dubai.

A former UNSW student, Khawaja was no doubt able to draw on the patience and tenacity acquired during his Bachelor of Aviation (Flying) degree in his 8 hour 39 minute stint at the crease – the second longest by a player in a fourth innings in Test history.

It was an emotional match for Khawaja, not only playing against his country of birth but also seizing the opportunity to prove his doubters wrong.

His track record on the turning pitches in Asia has been patchy and his ability to handle spin has been called into question on numerous occasions.

The heroic fourth innings century brought visible relief to the face of Khawaja, having withstood both the determined Pakistani bowling attack and the suffocating Dubai heat to answer his critics in the most categorical manner.

Khawaja, 31, graduated from UNSW in 2007, completing his degree and gaining his commercial pilot’s licence while also balancing the demands of playing representative cricket.

During his time at UNSW, Khawaja was part of the Elite Athletes, Performers and Leaders Program (formerly Elite Athlete Support Program), which provides eligible current students with the necessary support to successfully integrate their academic life with their external pursuits in the form of enrolment flexibility, cross-institutional study options and leave of absence for travel commitments.

Khawaja has been an outstanding supporter of UNSW, becoming the university’s first Global Ambassador after completing his degree program.

With Khawaja taking out Player of the Match honours, all eyes will be on the Paddington-raised batter as the Australians attempt to go one better against Pakistan in the Second Test, which takes place in Abu Dhabi from October 16-20.