UNSW has announced a new entry standard for its undergraduate degrees, becoming the first university to apply a minimum Admission Rank of 80. 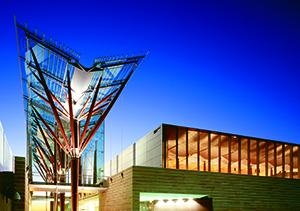 UNSW has announced a new entry standard for its undergraduate degrees, becoming the first university to apply a minimum Admission Rank of 80.

Vice-Chancellor Fred Hilmer made the announcement in a video message to staff.

“We have given a lot of thought to where we're heading with enrolments,” Professor Hilmer said in the video message. “Over the last few years we have grown very substantially, adding more than three per cent of students on a year‑by‑year basis.

“We don't really think that's sustainable. Two reasons. One is just the size of the campus and the pressure on our physical facilities if we keep growing, but the other is the impact on quality. We really need to ensure that the students we take are the students of the highest quality,” he said.

“In order to do that in the context of an outlook for lower growth in enrolments, we will from next year be applying a minimum ATAR of 80 to all courses other than those where there is entry through portfolio.

“We will of course continue with the bonus points to recognise disadvantage and other areas of achievement that are important, but we will cap the number of bonus points that are possible to 10.”

The concerns about quality mirror those of Higher Education Minister Kim Carr, who said last month he was worried about the ability of students with ATARs less than 50 to cope with demanding academic standards.

Professor Hilmer told The Australian newspaper the blanket minimum would not compromise the university's efforts to attract high-performing students from poorer backgrounds. A bonus points system and strong links with local high schools would ensure the most able students were identified, he said.

Grattan Institute higher education expert Andrew Norton told The Australian UNSW already had high ATARs and not many students would be affected.

"Setting a minimum of 80 is not likely to greatly change who gets into UNSW, especially after the effects of bonus points are taken into account," he said.

"There is no magic around an ATAR of 80. Completion rates for high 70s and low 80s are the same, but it is a clear way of sending a signal to students and employers about the calibre of graduates you are producing,” he told the newspaper.

Read the full story in The Australian. 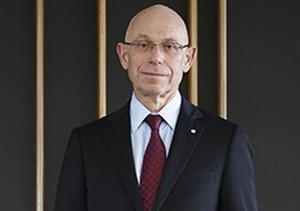 UNSW Info Day offers all the answers for prospective students