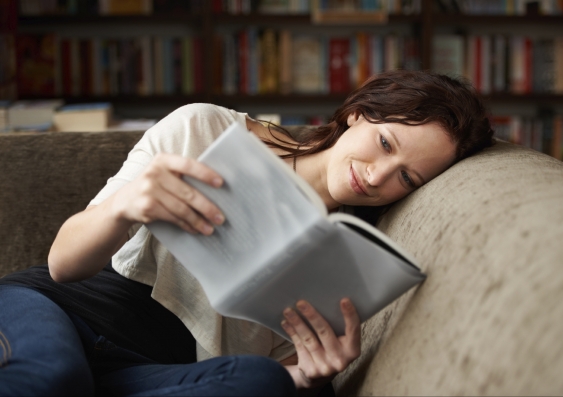 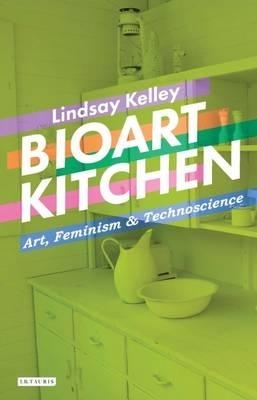 What do new technologies taste like? A growing number of contemporary artists are working with food, live materials and scientific processes in order to explore and challenge the ways in which manipulation of biological materials informs our cooking and eating.

“Bioart”, or biological art, uses biotech methods to manipulate living systems, from tissues to ecologies. While most critiques of bioart emphasise the influences of new media, digital media, and genetics, this book takes a bold, alternative approach. Bioart Kitchen explores a wide spectrum of seemingly unconnected subjects which, when brought together, offer a more inclusive, expansive history of bioart, namely: home economics; the feminist art of the 1970s; tissue culture methodologies; domestic computing; and contemporary artistic engagements with biotechnology.

“Bioart Kitchen plays with the industrial food system – taking familiar products off the shelf and making them strange,” says Eben Kirksey, ARC Fellow and lecturer in UNSW’s School of Humanities and Languages, and author of Emergent Ecologies. “Chicken soup, Coke, peanut butter, canned food, and corn syrup will never taste the same. Kelly’s collection of recipes brings feminist sensibilities to home economics – showing how the kitchen has long been a space of subversion, performance, and innovation.”I. B. Tauris 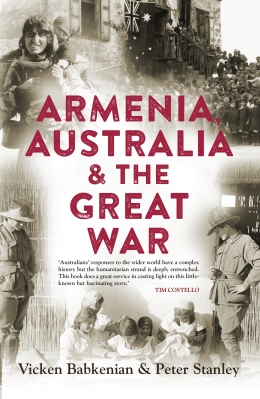 Australian civilians worked for decades supporting the survivors and orphans of the Armenian Genocide massacres. April 24, 1915, marked the beginning of two great epics of the First World War. It was the day the Allied invasion forces set out for Gallipoli and the day that marked the start of the genocide of the Ottoman Empire’s Armenians. For the first time, this book tells the powerful, and until now neglected, story of how Australian humanitarians helped people they had barely heard of and never met, amid one of the 20th century’s most terrible human calamities. With 50,000 Armenian-Australians sharing direct family links with the genocide, this has become truly an Australian story. NewSouth

Surgery, the Ultimate Placebo: A Surgeon Cuts Through the Evidence 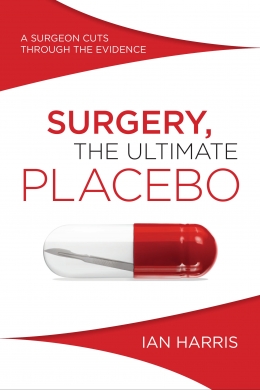 For many complaints and conditions, the benefits from surgery are lower, and the risks higher, than you or your surgeon think. In this book you will see how commonly performed operations can be found to be useless or even harmful when properly evaluated. That these claims come from an experienced, practising orthopaedic surgeon who performs many of these operations himself makes the unsettling argument particularly compelling. Of course no surgeon is recommending invasive surgery in bad faith, but Harris argues many common operations, including knee arthroscopies, back fusion or cardiac stenting, became current accepted practice without full examination of the evidence. The placebo effect may be real, but is it worth the recovery time, expense and discomfort? NewSouth 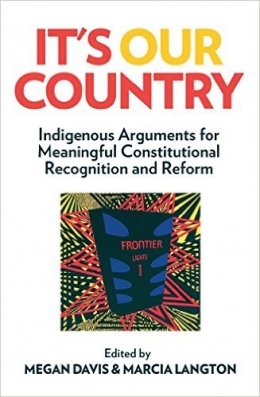 Why should Indigenous people have a direct say in the decisions that affect their lives? Australia is one of the only liberal democracies still grappling with such a fundamental question. The idea of constitutional recognition of Indigenous Australians has become a highly political and contentious issue. It is entangled in institutional processes that rarely allow the diversity of Indigenous opinion to be expressed. With a referendum on the agenda, it is now urgent that Indigenous people have a direct say in the form of recognition that constitutional change might achieve. It’s Our Country is a collection of essays by Aboriginal and Torres Strait Islander thinkers and leaders including Patrick Dodson, Noel Pearson, Dawn Casey, Nyunggai Warren Mundine and Mick Mansell. Each essay explores what recognition and constitutional reform might achieve – or not achieve – for Indigenous people. Melbourne University Press 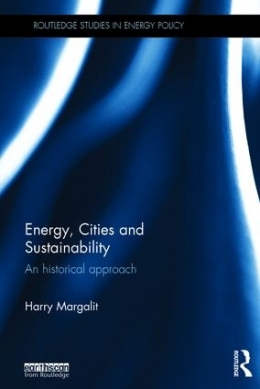 According to some estimates, humanity has now passed the point at which city dwellers outnumber country dwellers. This simple fact encapsulates a multitude of historical trends and contentions, not the least being “is this sustainable”? Energy, Cities and Sustainability aims to illuminate this question by tracing the evolution of the modern city, the energy sources that power it and the motivations behind increasing urbanisation. The book examines changing energy use across history, analysing the origins and significance of the Industrial Revolution to reveal how the modern city came into being. Transport, population size, housing, electricity use and growing consumption are each discussed, showing how the cultural aspects of energy use have influenced urban form in the developed world and developing countries. Finally, in contemplating the future, it is considered whether this model of modern urban life is sustainable. Routledge