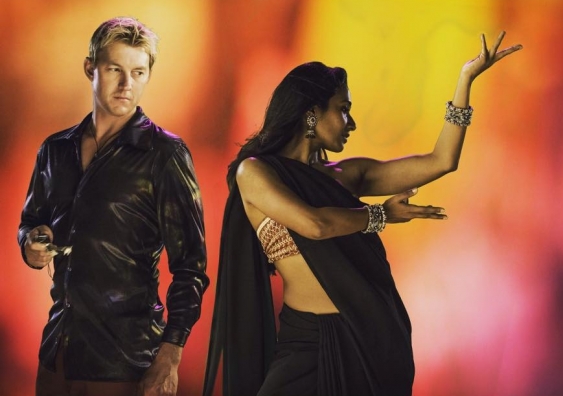 Things are about to get spicy...Brett Lee and Tannishtha Chatterjee star in unINDIAN. Photo: supplied

The film’s first red carpet event in Australia will be co-hosted by UNSW and held at Hoyts Entertainment Quarter, Fox Studios in Sydney on Wednesday 7 October. The film will then be released to over 80 cinemas across Australia.

UNSW will take the opportunity to fundraise for its ASPIRE program, which helps thousands of school children from low socio-economic backgrounds consider higher education. 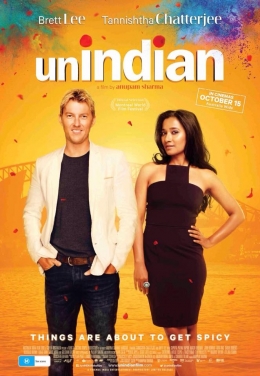 Produced and directed by Master in Film and Theatre graduate Anupam Sharma, unINDIAN is the first feature film made by the Australia India Film Fund, which was established in Sydney in 2013 to invest in Australian films with Indian themes for a global audience.

Regarded as Australia’s leading international expert on Indian cinema, Sharma has been named as one of the 50 most influential film professionals in the Australian film industry.

In August, unINDIAN was selected to screen at the Montreal World Film Festival, where it had its world premiere.

This is the second of Sharma’s projects to have been filmed at UNSW – the first was Bollywood film From Sydney With Love, released in 2012.

In the lead up to unINDIAN’s Australian screening, UNSW has run a social media competition giving students and alumni a chance to attend the event.

Brett Lee, Tannishtha Chatterjee and director Anupam Sharma, as well as other cast from the film and a bevy of Australian celebrities, will walk the red carpet at Hoyts Entertainment Quarter from 5.45pm.

UnINDIAN is supported by Destination NSW and UNSW and will be distributed in Australia by Friends India Entertainment.