An Indigenous art champion, a doctor undertaking world-renowned work in leprosy, and the founder of a not-for-profit organisation combating sexual violence in India are among ten inspiring graduates honoured in the 2017 UNSW Alumni Awards. 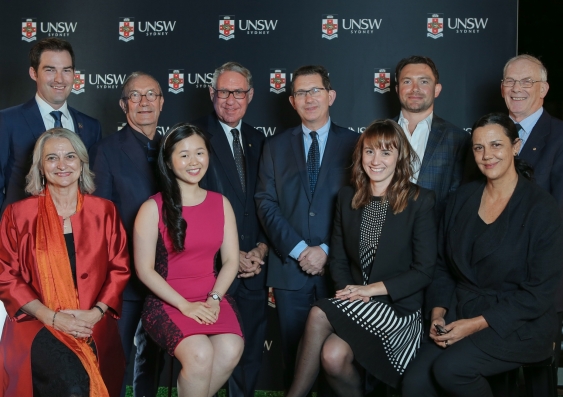 An Indigenous art champion, a doctor undertaking world-renowned work in leprosy, and the founder of a not-for-profit organisation combating sexual violence in India are among ten inspiring graduates honoured in the 2017 UNSW Alumni Awards.

The annual awards celebrate the achievements of ten of the University’s most accomplished graduates and graduands, chosen from a pool of close to 290,000 alumni.

Many of the recipients were welcomed back to the University on Tuesday night for the awards dinner hosted by Chancellor Mr David Gonski AC, and President and Vice-Chancellor Professor Ian Jacobs.

We are extremely proud of the alumni we honour here tonight.

Professor Jacobs congratulated the recipients saying: “Choosing these winners from the extraordinary pool of talent spread across 146 countries and all facets of human endeavour is not an easy task.

“A key measure of a great university is how much it values its alumni and the contribution they make to society.

“We are extremely proud of the alumni we honour here tonight, the remarkable innovation they demonstrate, and the impact they are having in Australia and worldwide,” Professor Jacobs said.

Presenting the awards, Mr Gonski thanked the selection panel (led by Sydney Water Chair and UNSW Foundation Board member Mr Bruce Morgan), and noted the University had enjoyed its biggest-ever response to the call for nominations, with contenders for the Young Alumni award so strong the panel chose to bestow two awards in the category.

Cailtin Barrett received her Young Alumni honour for her work as CEO and co-founder of Love Mercy Australia, which helps empower communities in Northern Uganda to overcome poverty caused by war. Caitlin helped launch the volunteer enterprise in 2010 while studying a Bachelor of International Studies.

In the Business and Innovation category, Shemara Wikramanayake was awarded for her 30 years of leadership with Macquarie Group. Her roles include head of Macquarie Asset Management, Australia’s largest global asset manager, and Chair of the Macquarie Group Foundation, which last year distributed close to A$30 million to more than 1,500 non-profit organisations globally. 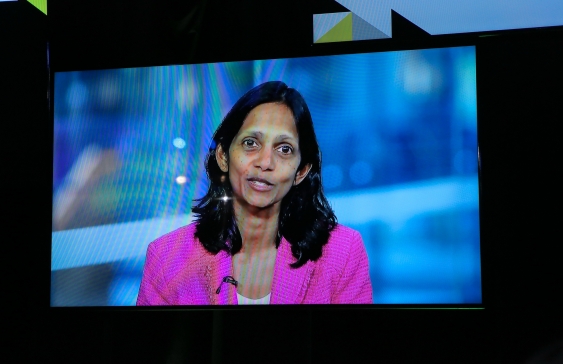 In the Arts and Culture category, Arts graduate Hetti Perkins was awarded for her tireless efforts to increase recognition and visibility for Indigenous arts. She founded the Charlie Perkins Trust for Children and Students, and is Trustee of the Michael Riley Foundation.

Graeme Clugston (AO)’s work combatting leprosy in Nepal won him the Medicine and Health award. After graduating from UNSW as a medical doctor, Graeme joined the World Health Organisation (WHO), and from 1989 headed up the Geneva-based Global Nutrition Programme and its efforts to combat the many forms of malnutrition. Relocating to Nepal in 2007, Graeme and his Nepali wife Meena began work at one of the world’s busiest leprosy hospitals, Lalgadh Leprosy Hospital & Services Centre. After a series of earthquakes in April and May 2015, which left 8,900 people dead and 4.5 million destitute, Graeme and Meena spearheaded the hospital’s emergency relief and reconstruction efforts, delivering 340 tonnes of food, blankets, tarpaulins and construction materials.

In the Social Impact and Public Policy area, AGSM MBA graduate Elca Grobler was honoured for establishing the charitable My Choices Foundation, which fights domestic violence and sexual exploitation of women and girls in India. The Foundation’s Operation PeaceMaker provides counselling, legal aid, and education on legal rights, all free of charge, to women who are victims of domestic violence. It trains women as peacemakers and seeks to create sustainable, community-oriented support that is respectful of local culture and religion. 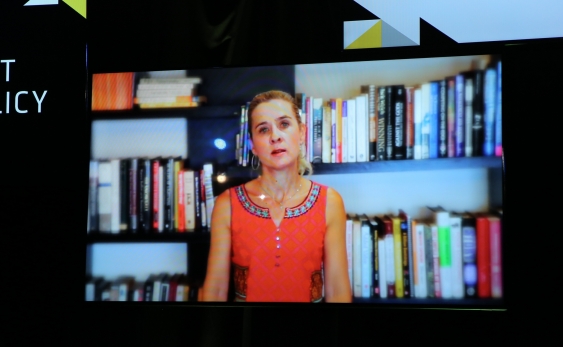 Kenneth Maher’s outstanding success as an architect made him an obvious recipient of the Design, Engineering, and Sustainability award. Acclaimed for his outstanding contributions to the field, in 2009 Ken was awarded the AIA Gold Medal which is the Australian Institute of Architecture’s highest accolade. He has been listed among the 100 most influential people by the Sydney Morning Herald.

In the Science and Technology category, Frances Separovic was awarded for her contribution to chemistry and the promotion of women in science. Having earned her PhD from UNSW as a single mother, Frances became the first female Professor of Chemistry at the University of Melbourne in 2005, and in 2010 became the first woman to head their School of Chemistry. For International Women’s Day this year, she was recognised by the International Union of Pure and Applied Chemistry as a Distinguished Woman in Chemistry.

The Sports and Sports Administration award was bestowed upon Turia Pitt, for her work as a motivational speaker and ambassador for plastic surgery charity Interplast. The engineering graduate overcame burns to 65% of her body after being caught in a bushfire while running a marathon in Western Australia. She recently returned to triathlon running despite doctors having told her she would never walk again. 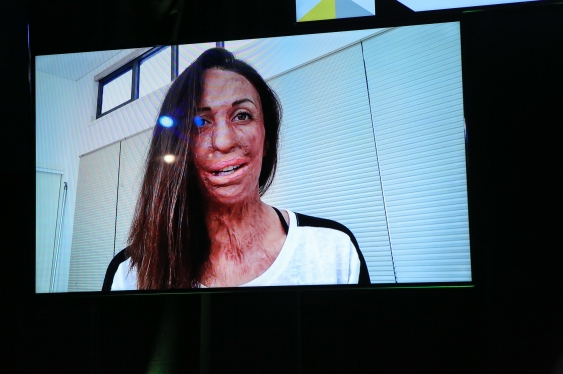 Turia Pitt accepted her award via video from The Himalayas, where she was trekking to Everest Base Camp. Photo: Maja Baska

Fifth-year medical student Beryl Lin was also recognised in the awards’ only graduand category, Student Volunteering. Beryl has volunteered hundreds of hours as a peer teacher, convened state leadership conferences, and run mentoring programs. As a Medicine Faculty Board member, she is active in improving teaching, learning, and assessment processes.

Each award winner received a trophy created by acclaimed sculptor Bert Flugelman in 1972 and features a design reminiscent of Flugelman’s subsequent 1978 creation, the Pyramid Tower which is located at Spring Street and Pitt in central Sydney.

For more information about the awards and a full rundown of the 2017 winners, go to the alumni website.

Wow, this is sweet! Talk on sugar alternatives takes out 3MT competition