UNSW alumna and former Australian captain Alex Blackwell says that without UNSW her sporting career might have taken a different course. 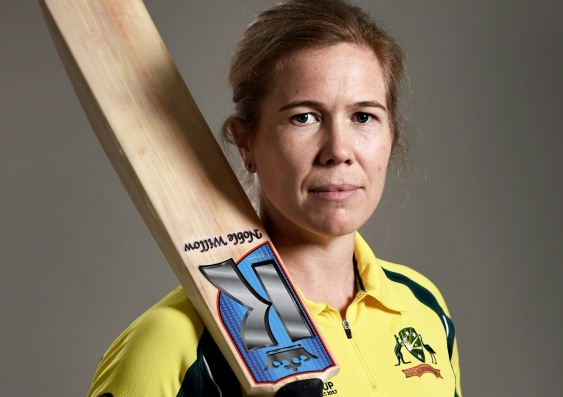 UNSW alumna Alex Blackwell never aspired to be a professional cricketer because that was not a realistic possibility for women when she first became involved with the sport.

The thing that came first was her academic future and her career because, as she describes, you needed “to support yourself longer term”.

It was not until the end of Blackwell’s distinguished cricket career that the professionalisation of women’s cricket became real.

In 2016, her NSW Breakers side became the world’s first fully professional domestic women’s team and, for the first time, women were included alongside their male counterparts in the 2017 Memorandum of Understanding between the players and Cricket Australia.

Without the encouragement of the UNSW Elite Athlete Program (EAP), the journey documented in Blackwell’s recently published memoir, Fair Game, could have differed.

“I was able to study and play sport because of the support of the Elite Athlete Program,” the Australian cricket great explains. “It has helped me achieve all the things I’ve achieved on the field because I might have had to leave early without it.

“It would be so easy to stop playing sport, stop playing cricket when study got challenging, but that program enabled me to go part-time when I needed to, sit exams earlier and promise I wouldn’t tell other students what was in the exams.

“To be encouraged by that program and by the support of people like [Elite Athlete Program Manager] Helen Bryson and the Ben Lexcen Scholarship … without that support, I might have needed to stop playing sport and work more part-time (and) support myself at university.

Over 15 years, the former Australian captain played 251 matches for Australia across the T20, One-Day and Test formats, scoring more than 5000 runs on the way, but her book is about far more than that. 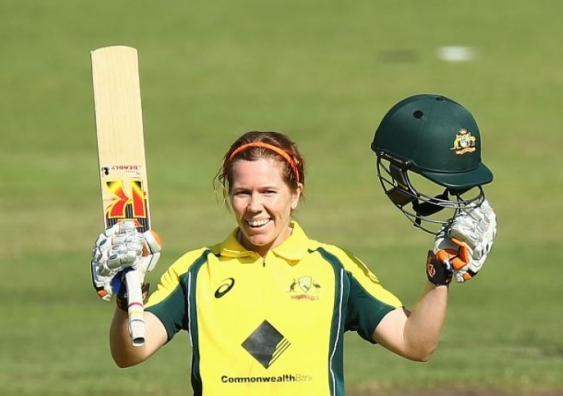 It is a story of advocacy on and off the cricket field. Standing up for what she believes in.

The book was a chance to process the challenging times and all the wonderful times that came with it, documenting “an amazing period of change” in women’s cricket that she lived through and helped shape.

Now, Blackwell advocates for families who are navigating the challenges of “genetic conditions in family members” through her work as an Associate Genetic Counsellor at Sydney Children’s Hospital and The Royal Hospital for Women, Randwick, while balancing her commitments in the media and other ambassadorial roles.

She is also a vocal advocate for the LGBTIQ+ community, actively seeking to eliminate homophobia, no more evident than in the role she played helping develop Cricket Australia’s trans and gender diverse inclusion policy in 2019.

Until recently, the UNSW Sport Hall of Fame Inductee was also a Cricket NSW director. 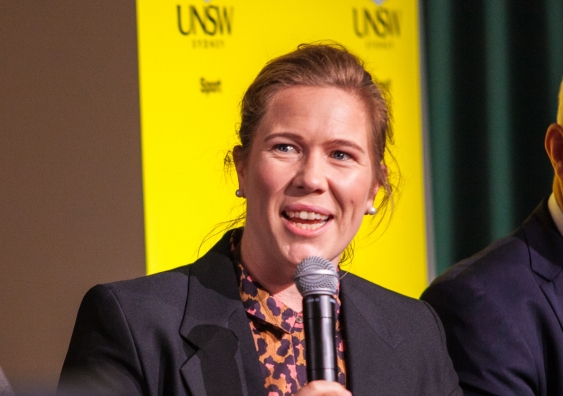 “I like a lot more than just cricket. I’ve got other interests and UNSW was my first experience of really diving into the world of medicine and health.”

Blackwell completed her UNSW Bachelor of Medicine in 2007 and later a Graduate Certificate in Reproductive Medicine, 2016 to 2017, in between completing a Graduate Diploma in Genetic Counseling at Charles Sturt University.

She was awarded an honorary doctorate by UNSW, two and a half years ago, for her work advancing equality.

I first joined the @UNSW community in 2002 as a medical student. Yesterday I was awarded the University’s highest honour – Doctor of the University (honoris causa), for eminent service to society by advancing important causes. I am extremely honoured #equalopportunity #inclusion pic.twitter.com/AuxQ5vIx1m

“I’m so privileged to have been able to attend UNSW and live on campus for a couple of years,” she says. “I did a lot of growing up, on campus, had a lot of fun and learnt to love the world of medicine and medical science.”

Not only did Blackwell study and live at UNSW, one of her finest moments in grade cricket came on the Village Green, which is soon to become a state-of-the-art wellness precinct.

“Playing out on the Village Green, I scored a double hundred out there (for Universities Women’s Cricket Club), so I have fond memories of playing for the Universities.

“I’ve loved representing the University and I still have connections with the club.”

As an emerging young cricketer, Blackwell joined forces with her twin sister Kate, former Australian captain Lisa Sthalekar and the “wonderful” Ann Mitchell to create what is now the Universities’ Cricket Club.

“I must have been in second-year uni … myself, my twin sister who was at Sydney University and alumni at Sydney University, Lisa Sthalekar – we were three key players – and the wonderful Ann Mitchell, who is a former Australian cricketer, (whose) contribution to cricket in this country has been enormous.

“Ann was also involved in UniSport over at Sydney Uni, she was instrumental in bringing the club together.

“They’re used to be a UNSW Women’s Cricket Club back in the day, which is my understanding was made up of a lot of softballers and that fell away for a few years.

“Then in order to get Universities Cricket back up and running, we brought together the two remnants of the UNSW Women’s Cricket and Sydney University Women’s Cricket, which was still hanging on by a thread.

“We brought them together to form a partnership and it’s been really successful, and quite unique, I mean the men’s uni clubs are rivals.

“We’ve gone on to win club championships in Sydney’s Women’s Premier Cricket competition, and we’ve had various degrees of success over the years, but the idea is to encourage girls to continue with cricket after playing at school.”

All of this creates an inextricable link between Blackwell and the University that is now formalised with the Alex Blackwell Award, which recognises advocacy and leadership in women’s sport, in line with UNSW’s Women in Sport and Active Recreation Strategy. 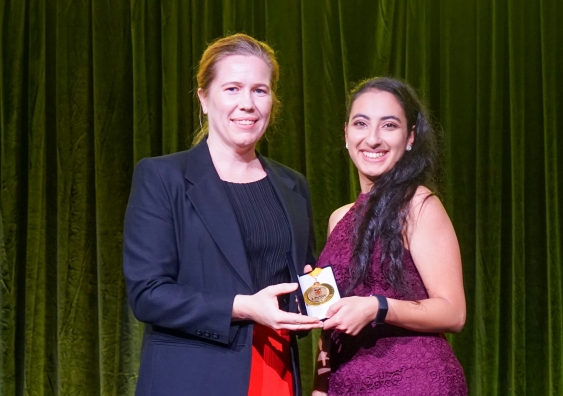 Alex Blackwell presents Miriam Abd Elmesseh with the award named in her honour at the 2021 UNSW Blues Dinner & Sport Awards.

“Having an Alex Blackwell Award recognising people who are promoting opportunities for women and minority groups in sport through the University, it means a lot,” Blackwell says.

“It’s wonderful to see volunteers making a difference, getting more people active just like Miriam has done. It’s an honour to have someone like her receive an award in my name.”

Finally, Blackwell makes special mention of UNSW’s Sport's Media and Communications Officer – and journalist – Megan Maurice for her role in putting the book together.

“I am so impressed with Megan Maurice and working with her on the project has been a real joy,” Blackwell says. “She’s been incredibly professional and I’m very proud of the book we’ve been able to create.”