A new program of cooperation and collaboration with India will see UNSW involved in a range of undergraduate and postgraduate initiatives over the coming decade. 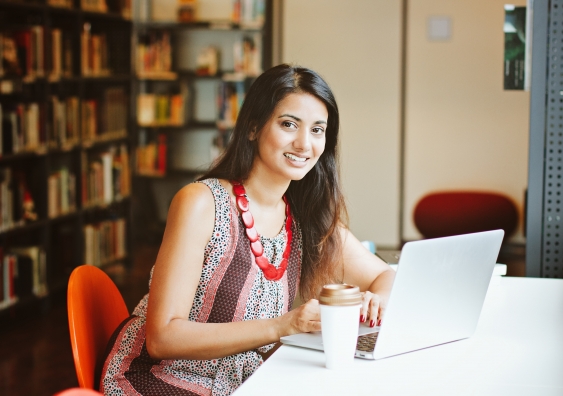 UNSW has launched a major initiative with India’s higher education sector, including plans to engage with as many as 100,000 Indian students over the next 10 years using online and blended learning and classroom teaching to deliver degrees on an unprecedented scale.

The plans have been announced by the UNSW President and Vice-Chancellor Professor Ian Jacobs, who is currently leading a UNSW delegation to India, with visits to educational institutions, industry research groups and government departments in Hyderabad, Mumbai and New Delhi.

It follows the announcement this month of a new partnership between UNSW and Medvarsity – the Apollo Hospitals’ e-learning venture – to launch a new public health degree in India that will strengthen the country's capacity to respond to major health challenges.

Professor Jacobs described India – with the world’s second largest population – as an emerging powerhouse in computing, medical and space sciences, and other advanced technologies. “More than 50% of the population is under 25, and it’s estimated that within four years India will have the world’s largest tertiary-age population.” 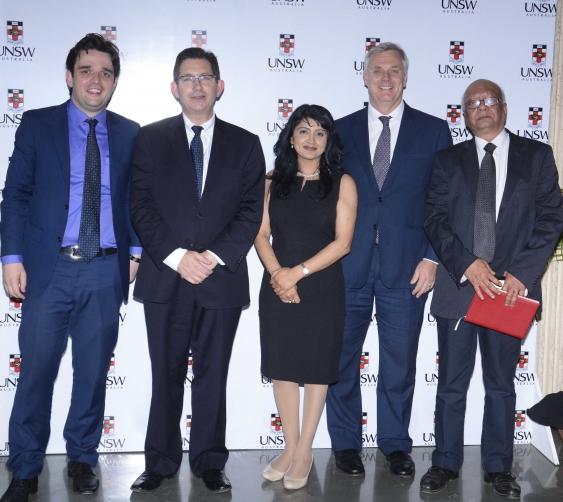 “That’s a demographic asset but also a huge challenge,” Professor Jacobs said. “India’s higher education gross enrolment ratio stands at 18% in comparison to the OECD average of 27%; the government plans to lift this to 30% by 2020, requiring 800 new universities and 40,000 new colleges to provide 40 million university places across India, an increase of around two-million places a year. India regards higher education as a national priority; without expanded capacity, moving into the first league of developed economies will simply not be possible.”

Professor Jacobs also noted that international education was among the world's fastest growing sectors, with demand expected to grow by 21 million places in the current decade to 2020. “Students are looking for opportunities to study abroad and India is forecast to have the world’s fastest growing mobile student outflows by 2020.”

Delivering a keynote address on ‘Education, Technology and Transformational Change’ at the Nehru Memorial Museum & Library in New Delhi, Professor Jacobs announced a major new program – the UNSW Diya Initiative – to provide degree education for up to 100,000 Indian students across the next decade. “The word ‘Diya’ – which means light in India – symbolises the illumination that higher education can bring,” he said. The plan will be facilitated by UNSW’s unprecedented investment in education technology, including online and blended learning courses, and through partnerships spread across India’s higher education system. Professor Jacobs said along with a range of UNSW India Scholarships, the initiative would offer the transformative power of a UNSW education to outstanding Indian students at undergraduate, postgraduate and research level.

By 2020, India will require 800 new universities and 40,000 new colleges to provide 40 million university places, an increase of around two-million places a year.

UNSW is also teaming with the Indian government on a range of other educational initiatives, including the India MOOC platform SWAYAM. “We anticipate signing an MOU soon with the Indian Ministry of Human Resources Development to become the first foreign university to join the SWAYAM platform, which will reach hundreds of millions of learners online,” Professor Jacobs said. “Online learning will, I am sure, prove transformational in making India competitive with the world.”

In addition, UNSW is partnering with India’s Smart Cities agenda, and offering its expertise to a major symposium next year, funded by the Australia India Council, on Low Carbon Living, Built Environment, Materials Science and Computer Science and Engineering. Discussions are also underway between the Indian Ministry of Electronics and IT and the Australian Centre for Cyber Security at UNSW on a series of programs aimed at creating greater awareness on cyber security.

“We are partnering increasingly with Indian industry,” Professor Jacobs said. “We have announced a partnership with Tata Consulting Services, exploring collaboration in virtual reality, robotics, data analytics, machine learning and other fields. Also with TCS, we have applied for New Colombo Plan funding to allow 40 of our UNSW undergraduates to take up placements in TCS's extensive network across India. And we have launched with Apollo Hospitals and Medvarsity a new online Masters program in public health.”

Professor Jacobs said India was becoming a hub of global research and development, with more than half the Fortune 500 companies setting up R&D operations in the country. “But the country still faces many challenges: rural poverty, the rising gap between urban and rural incomes, and cities that are becoming more crowded and services more stressed. To tackle these issues, a long-term investment in higher education is essential.”

In July, Professor Jacobs announced the appointment of the former India Consul-General and leading educator Amit Dasgupta as UNSW’s inaugural India Country Director, to work with the highest levels of government and industry to ensure India becomes one of UNSW’s flagship partnerships.