UNSW has retained its top 50 position in the QS World University Rankings, thanks to a strong showing in research outcomes and big jumps in individual subject performances. 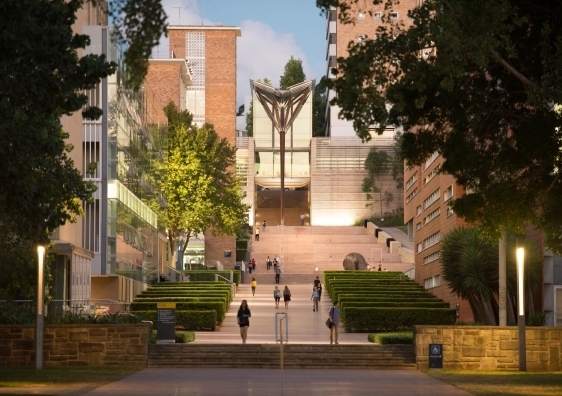 UNSW has retained its top 50 position in the QS World University Rankings, thanks to a strong showing in research outcomes and big jumps in individual subject performances.

The 2016–17 league table released today ranks UNSW at 49. While slightly down from last year’s ranking at 46, it represents the University’s third year in a row in the top 50.

UNSW enjoys an enviable employer reputation, ranking 27th in the world, and also rose in the research rankings. On academic reputation, UNSW scored 39 up from 42 last year.

Professor Ian Jacobs, UNSW’s President and Vice-Chancellor, said the results were a strong endorsement of the University’s achievements. UNSW was poised to further deliver on its 2025 Strategy by excelling in both research and high quality teaching.

“The success of our world-class researchers, our students and graduates as well as our strong relationships with corporate and industry partners have all contributed to this top 50 ranking,” Professor Jacobs said.

“The fact we have maintained our position in the face of strong global competition is a testament to an incredible effort.”

In individual subject areas, UNSW performed particularly strongly with several subjects ranked in the world’s top 20. Law was ranked 13, up from 15 last year. Accounting and Finance also ranked 13, while Mineral and Mining Engineering, Civil and Structural Engineering, and Psychology all ranked 16. Architecture ranked 19, up from 22 in 2015.

The biggest leap was Environmental Studies, which rose to 24 from 40. Economics and Econometrics rose to 38 from 45.

Six Australian universities were named in the top 100, one fewer than last year.  ANU was Australia’s top ranked, followed by the University of Melbourne, University of Sydney and UNSW. Several universities recorded big jumps in rankings, entering the world’s top 200 for the first time.

British-based QS Quacquarelli Symonds, which produces the ranking, said Australian universities were notable this year for improving their research performance, measured by the number of research paper citations achieved by a university per academic staff member.

“Improved performance of Australia’s universities speaks to the continued importance of targeted long-term collaboration at the institutional level,” said Ben Sowter, the head of research at the QS Intelligence Unit.

Globally, the Massachusetts Institute of Technology topped the QS ranking, followed by Stanford and Harvard, the first time since the ranking was established in 2004 that US universities have held all top three positions.

The annual QS rankings is one of the most respected global leagues tables. It uses six indicators to compare the world’s top 900 universities: academic and employer reputation, staff–student ratios, research citations and the proportion of international staff and students.

UNSW goes global to recruit 600 of the best research minds