UNSW's Galina Lazareva will present at the Jaipur Literature Festival in January after winning four poetry prizes at a Russian poetry festival in the UK. 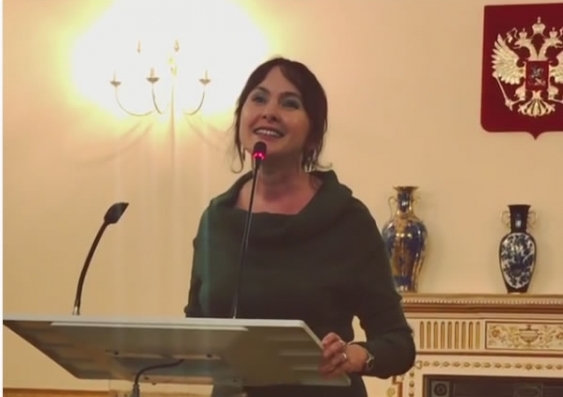 Galina Lazareva is off to the world’s biggest literary festival in January after winning four major poetry prizes at the Pushkin in Britain Russian poetry festival.

Lazareva will present at the Jaipur Literature Festival after winning the Grand Prix, the Russian Ambassador’s "Best competition poem" award, the Audience Award and the Cambridge Slam at the UK festival, which provides a platform for Russian expat poets to recite their poetry and challenge each other.

Lazareva, an executive assistant in UNSW Medicine, has been writing poetry since she was five and is no stranger to accolades for her craft. She won the Poetry Translator's award at the 2010 Pushkin in Britain festival and is a nine-time winner of the All Moscow Poetry Reciting Competition for school students.

A linguistics and philology graduate, Lazareva has never formally studied poetry. She believes it is something that comes from within.

"When a real poem starts beating inside you, you can’t say no to it, it just possesses you and the rest is actually a question of technique and how you continue, wrap it up, polish it and work on it. It usually comes together very quickly," she says.

"For the Cambridge slam I chose a poem that I wrote recently that just came about because I had a huge headache. It kept pumping in my head and I was saying 'Stop aching my head!' and then all sorts of things started weaving themselves into it and somehow it became an allusion to the French Revolution and to Marie Antoinette and a few other things – it just happened," she says.

"I don’t even like Marie Antoinette, I don’t know why she came into my head, but it just happened and it’s a pretty powerful thing." 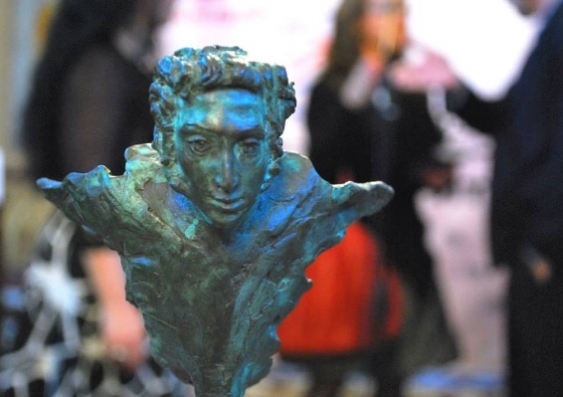 Lazareva’s education in English linguistics gave her the opportunity to work at the Australian embassy in Moscow where she was inspired to use her skills as a translator to publish a book of Australian poetry in Russian.

"I worked as a translator and political analyst at the Australian Embassy in Moscow so I thought I should do something Australian. I found A.D. Hope and I fell in love with his poetry and translated it," she says.

Part of Lazareva's prize from the Pushkin in Britain festival is to the opportunity to present her own show at the Jaipur Literary Festival. Billed as the largest free event of its kind, the Jaipur festival  brings together a diverse mix of writers, thinkers, humanitarians, politicians, business leaders, sports people and entertainers. Speakers in January include playwright Tom Stoppard, writers Amy Tan, Helen Fielding and Michael Ondaatje,former Afghan president Hamid Karzai, and social entrepreneur Muhammad Yunus.

Lazareva says she is looking forward to the challenge.

"Presenting Russian-spoken poetry to a non-Russian-speaking audience is always interesting because they can’t rely on the power of the content, you have to rely on the rhythms and assonance and the actual sound and the energy within the poem," she says.

"Once you make an effort to understand it, to really let it inside you, then your relationship with that poem really changes and that’s what I like to talk to the children about. Just show them that it’s not just a few lines, it’s something beautiful, you just have to know how to approach it and show them how to open it up for themselves and for their audiences."

Remembering Shirley Hazzard: ‘art is the only afterlife of which we have evidence’