The University categorically rejects any claim that patient safety was jeopardised in a clinical trial of anti-cancer compound DZ13. 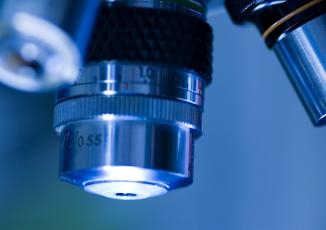 The ABC has raised concerns regarding DZ13, a compound that aims to target tumour growth. The work on DZ13 is a collaborative effort involving a number of researchers.

A clinical trial, sponsored by UNSW and funded by the Cancer Institute NSW, commenced in 2010. The trial involved nine patients with skin cancer and was conducted at Sydney’s Royal Prince Alfred Hospital. This first phase of the trial tested toxicology and tolerability. It was completed successfully and the results were published in The Lancet, Vol 381, May 25, 2013, pages 1835 -1843.

The next stage of the clinical trial, which was due to test the effectiveness of DZ13, was suspended by UNSW in July 2013 due to concerns regarding aspects of the science underpinning DZ13. The trial had yet to commence patient recruitment.

Patient safety is the University’s top priority. The decision was made to err on the side of caution until concerns regarding some of the science underpinning DZ13 have been resolved. It should be stressed that these concerns do not relate to either the conduct of the trial or to the safety of the DZ13 compound.

The ABC has put a number of questions to the University regarding concerns raised about DZ13.

The University takes any concerns regarding the conduct of research very seriously. In late 2009 the University was made aware of possible issues regarding a draft manuscript related to DZ13. Additional information subsequently provided to the University led us to appoint, in 2011, an independent external panel to investigate a number of concerns raised relating to this and other publications. There were no findings of research misconduct.

The more recent concerns about DZ13 that have been brought to the attention of UNSW are different from those investigated earlier.

At all times, the University has kept relevant parties informed including the ethics committee that approved the trial and the funders of the research (NHMRC) and the trial (Cancer Institute NSW).

There is a national code for the responsible conduct of research that the University follows carefully and rigorously. In acting on any matters, we must follow strict confidentiality as reputations are at risk and the process needs to be fair to all parties. The objective of these processes is to carefully and responsibly understand whether research misconduct has occurred.

It is important to note that some of the allegations the ABC has put to the University have not been raised previously. In line with our procedures, we encourage anyone with concerns about the conduct of research at UNSW to bring them to the attention of the University.

The University is adamant that it has at all times followed proper processes and that at no stage has patient safety been jeopardised.

This statement is also posted on the ABC’s website.