The Vice-Chancellor of UNSW, Professor Ian Jacobs, has expressed deep concern about the US executive order banning entry to people from seven predominantly Muslim countries, saying it would have serious consequences for higher education globally. 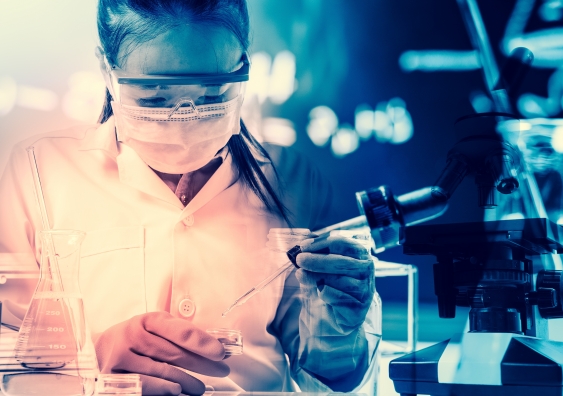 US executive order on immigration...ramifications for education and research globally. Photo: Shutterstock

Professor Jacobs, who raised the issue at the annual UNSW Mahatma Gandhi memorial oration on Monday night, said today the action was in stark contrast to the vision and teachings of Gandhi and the principles of UNSW. “Universities have a key role as servants of society and the global community” he said, “to work together encouraging mutual respect, embracing diversity and facilitating collaborative work regardless of race, religion, nationality and gender.”

Professor Jacobs warned that actions of this type would have serious consequences for higher education globally. He said the policy threatened the role of the world’s universities and that critical educational and research programs would be damaged.

“Open and unrestricted collaboration between universities is vital if the current challenges facing the world are to be addressed and this includes those in the USA”, Professor Jacobs said. “Issues such as fundamentalism, terrorism, refugees, climate change and the spread of communicable disease are borderless and demand international cooperation and collaboration, as does improving the health of the global economy.”

He said innovative research between nations and universities was essential to solving these pressing problems. “Universities in the USA have led the way on academic cooperation for over 50 years and their role remains crucial. Numerous research programs in Australian and American universities and many others worldwide include visiting researchers with national backgrounds in the banned countries. We also have staff who come from these countries and may be affected.”

Professor Jacobs noted UNSW was ‘one of the world’s most networked universities’, with links in research and education to hundreds of countries, including some of those listed. “As one example we have collaborations with 51 institutions in Iran alone and we have produced 175 joint publications with them.” He said many international students in Australian universities including UNSW could be affected by the US travel bans, and, to date, there has been little clarification of what their position was regarding entry or re-entry into the United States.

Last year UNSW had 171 Iranian students, another 23 from Iraq, and several from other countries on the US banned list.

Universities have always been beacons of intellectual freedom, and it is distressing that this policy, aimed at America’s internal security, will restrain the exchange of talent across the world.

“Iran was in fact the second largest country of origin of our overseas higher degree research students. Among our higher degree research students we currently have 221 candidates who are citizens of the seven affected countries, and last year 16 of those candidates travelled to the United States for conferences. We also have around a dozen staff members with a current visa for one of the banned countries, and 55 staff whose country of origin is one of those countries listed. We are urgently assessing the current situation, and will offer support and counselling to any students or researchers affected.”

Professor Jacobs said the University had received an email today regarding a Thai national student based in America who was cancelling her study at UNSW because she had decided it was ‘too risky to study abroad anymore’.

“Universities have always been beacons of intellectual freedom,” Professor Jacobs said, “and it is distressing that this policy, aimed at America’s internal security, will restrain the exchange of talent across the world, including those between Australia and the United States. We have a situation where, without adequate warning, scholars from the seven targeted nations studying or working in American universities and visiting Australia may be unable to return to the United States."

"As well as having immediate impacts on those affected, this ban if continued will likely inhibit the development of research programs between our two nations, to the long-term detriment of all.”

He noted that the United States was a significant source of UNSW’s peer reviewed international research income, totalling around $17 million in 2015.

Professor Jacobs said a wide range of activity could be stifled, beyond collaborative research – student exchange programs, staff attendance at conferences, postdoctoral studies would also be affected. He noted that Dr Michael Crow, the President of Arizona State University, which partners with UNSW and King’s College London in the global PLuS Alliance, had expressed deep concern about the travel bans, describing them as "ill-conceived and poorly executed public policy".

The Association of American Universities and Universities Canada have condemned the bans, as has Universities Australia, the peak body representing universities in this country. “I will be discussing with Professor Crow and our fellow PLuS Alliance partner, King’s College London, the implications of the bans on our joint study and research programs,” Professor Jacobs said.