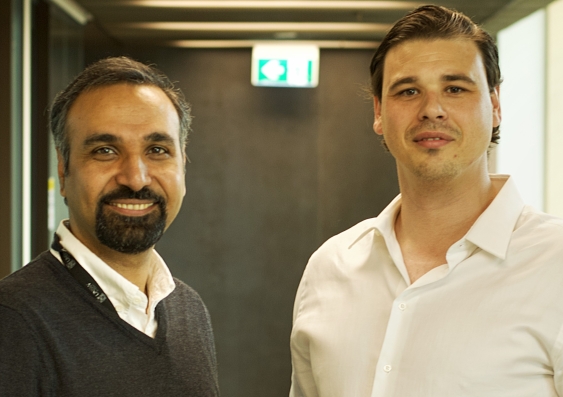 UNSW researchers have raised $1.3 million in a deal from IP Group, to fund a spin-out business based on their technology that protects Internet of Things (IoT) devices from cybercrime.

Dr Hassan Habibi and his research team from UNSW’s School of Electrical Engineering and Telecommunications founded CyAmast in May 2020, to commercialise their software that protects large networks of IoT devices from cyber-attacks in a scalable, cost-effective way.

“The use of IoT devices and sensors is growing exponentially, and as organisations’ networks expand, it’s increasingly difficult to track these assets and secure them. Dr Habibi and his team have developed technology that enables operators of smart environments – like enterprise campuses, commercial buildings, industrial facilities and airports - to rapidly identify every IoT device connected to their network and continuously monitor each one and ensure that it’s functioning normally,” says Mr Molinari.

Dr Habibi says CyAmast’s solution is far more flexible, scalable and cost-effective than traditional approaches to determining attacks on IoT systems, which inspect individual "packets" of data to determine threat signatures and then blacklist them.

“Traditional methods of detecting malicious traffic are bundled, static, and inflexible, and thus do not suffice for the growing diversity of attacks on increasing numbers of insecure IoT devices,” Dr Habibi says.

“These attack-signature-based solutions are increasingly being defeated as they can’t keep up with the increasing percentage of network traffic that’s encrypted and therefore can’t be opened and inspected. They also have poor resilience to morphed attacks that can render known signatures useless. Inspecting individual packets can also be prohibitively expensive,” Dr Habibi says.

“Our technology develops a model of expected behaviours for each device, based on the manufacturer’s specifications. The model is enriched with our patented, real-time artificial intelligence-based algorithms, to check data flows against expected behaviours.”

Using CyAmast solutions, customers can identify, detect, and classify all IoT devices on their network, profile and model their behaviour, and detect and quarantine any deviation from what’s expected.

“This all happens at 100s of Gbps (billions of bits per second) without the dependence of highly customised and expensive infrastructure,” Dr Habibi says.

UNSW’s acting Deputy Vice-Chancellor of Enterprise, Professor Eliathamby Ambikairajah, says CyAmast is a remarkable example of university researchers focussing on translation of innovative research in areas that have the greatest potential to benefit society.

“CyAmast is an industry-changing business that will transform the way individuals and organisations around the world protect the growing number of IoT devices that intelligently assist our everyday life,” he says.

This is the second time IP Group has invested in a spin-out from UNSW’s School of Electrical Engineering and Telecommunications, having invested in Canopus Networks in a separate deal in December 2018.