The release of a key Red Cross report at UNSW Sydney highlighted the risk to low-income communities in the Asia-Pacific. 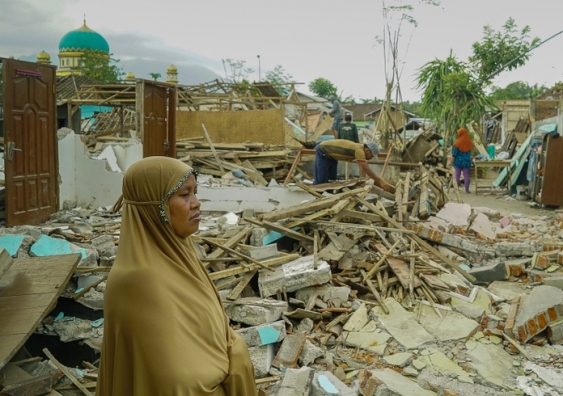 A village lies in ruins after an earthquake on the Indonesian island of Lombok this year. Photo: Shutterstock

World leaders in humanitarian and disaster response representing every continent explored how to better protect vulnerable communities affected by rapid urbanisation, at a conference hosted by UNSW Sydney.

The effects of rapid urbanisation, and building better, more resilient cities that are safer for residents, are considered among the defining issues of our time by the University.

Conference leaders, and the release of a key new Red Cross report on natural disasters, highlighted the risk to low-income communities in the Asia-Pacific.

UNSW President and Vice-Chancellor, Professor Ian Jacobs said while opening the conference that the wellbeing of millions of people was at stake. 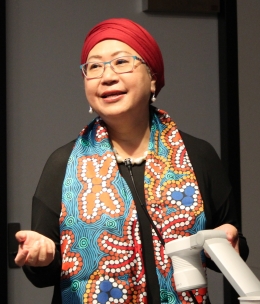 “I think it’s true to say that this conference comes at a pivotal time for this region and the globe.”

Dean of UNSW Built Environment Professor Helen Lochhead reiterated the importance of the topic: "Rapid urbanisation is here, and for us, building resilience is not just about building capacity, but engaging in knowledge exchange between communities and experts, to be agile and have multi-layered responses to diverse needs."

The 2018 Red Cross World Disasters Report was released during the conference, showing that natural disasters such as floods, cyclones, bushfires and earthquakes affect over 200 million people a year on average. More than 2 billion people were affected by these events in the last decade.

The Asia-Pacific region, including Australia, was the most disaster-prone region in the world. It suffered almost 60 percent of the deaths recorded in disasters in 2017 and accounted for two out of five of the world’s disasters during the year, the report says.

Alarmingly, the Red Cross research finds that essential aid is increasingly failing to reach all those in need as crises caused by extreme weather and natural disasters increase the human toll.

Professor David Sanderson, Inaugural Judith Neilson Chair in Architecture at UNSW, served on the external advisory group, providing strategic guidance on the direction and content of the report and dedicating time to provide extensive and insightful comments on the draft chapters. 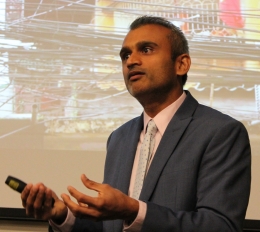 The report recommends that government and international humanitarian organisations improve how data is collected and shared across the sector, and streamline how that data is used to reach those at significant risk. The report also urges all governments to prioritise and increase support for the hardest-to-reach populations in all disasters.

The Under Secretary General of the International Federation of Red Cross and Red Crescent Societies (IFRC), Dr Jemilah Mahmood, said the focus of the report was to identify who was left behind in crisis situations and how to prevent that from happening.

Speaking on the role of local government and working with communities in the Asia Pacific region, Dr Ronak B. Patel said: “This idea of leaving no one behind is a fallacy if we don't solve this part of the equation.”

The conference was the first event of the UNSW Grand Challenge on Rapid Urbanisation, also led by Professor Sanderson.