Professor Ian Jacobs said he made the difficult decision to resign so he could provide more support to family members in the United Kingdom. 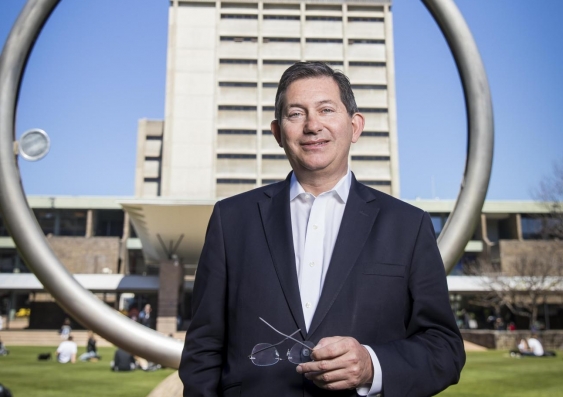 "The most exciting years of my career": UNSW President and Vice-Chancellor, Professor Ian Jacobs.

The President and Vice-Chancellor of UNSW, Professor Ian Jacobs, has announced that he will step down after seven years in the role.

In what he called a “difficult and emotional” decision after “careful reflection” following the death of his father, Professor Jacobs said he had indicated to the Chancellor, David Gonski, and to the UNSW Council, that he was resigning so he and his wife Chris could give more support to their parents in the United Kingdom.

Professor Jacobs, who started as Vice-Chancellor in 2015, will not leave UNSW until the end of January 2022 – allowing ample time for a global search to take place to identify his successor.

“I have had an enormously fulfilling and memorable time at UNSW,” Professor Jacobs said in a statement sent to students, staff and alumni, released on Thursday.

“I will always be grateful to the UNSW staff, students, leadership team, council members, alumni and supporters who made me feel so welcome, have delivered such stellar work for the University and made the years so satisfying and successful.”

Professor Jacobs said he was proud that so much of UNSW’s visionary Strategy 2025 plan had been delivered – and looked forward to realising more of the Strategy’s key priorities throughout the remainder of his term.

“There is still more to do to deliver Strategy 2025 but the achievements of our community are many and are captured in the latest Strategy 2025 progress update just circulated,” he said.

“I am especially proud of the progress we have made in equity and diversity, the partnerships we have nurtured and the array of successful educational and research initiatives that have led to UNSW’s rising global reputation.

“Thank you to everyone who has worked so hard to deliver those achievements before and during the challenges of the pandemic.

“My years as Vice-Chancellor at UNSW have been the most exciting years of my career, so I will leave a year from now with great sadness but also with deep gratitude for the opportunity I have had.

“Chris and I are now proud to be Australian citizens. We love this country and hope that we will be back to live here at some time in the future.”

The UNSW Chancellor, David Gonski, praised Professor Jacobs for his contribution – saying he had worked tirelessly to elevate UNSW’s reputation in a fast-changing global higher education and research environment.

He said in a statement that Professor Jacobs had presided over an impressive era of academic and educational excellence, innovation, and social and global impact.

“Together with my colleagues on Council, I understand and respect the reasons behind Ian’s difficult decision to leave – he wishing to join his wife Chris in supporting their parents and other family members in the UK in 2022,” Mr Gonski said. 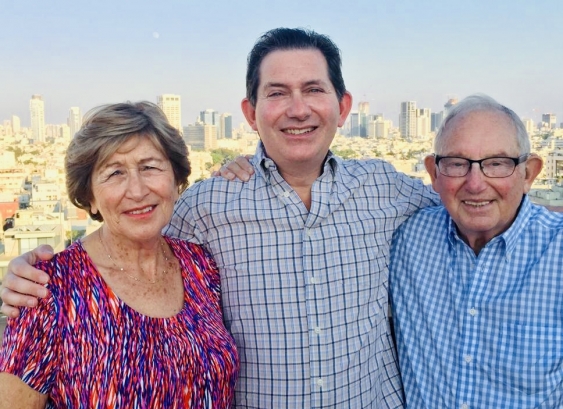 Professor Ian Jacobs in 2015 with his parents on their 60th wedding anniversary shortly after he started his term as UNSW Vice-Chancellor.

“His Strategy 2025 plan is – and was – outstanding in its structure and vision and with the energy and focus he has brought to implementing it, has placed us in an excellent position.

“On a personal note, it is and has been a privilege to work with him and I will miss him greatly.

“There will be further opportunities throughout 2021 to properly recognise Ian’s contributions – but I want now to publicly thank him and to wish him and Chris the very best for what lies ahead in the next stage of their lives and careers.”