The newly refurbished Roundhouse at UNSW is re-emerging at the heart of social life for the campus and community. 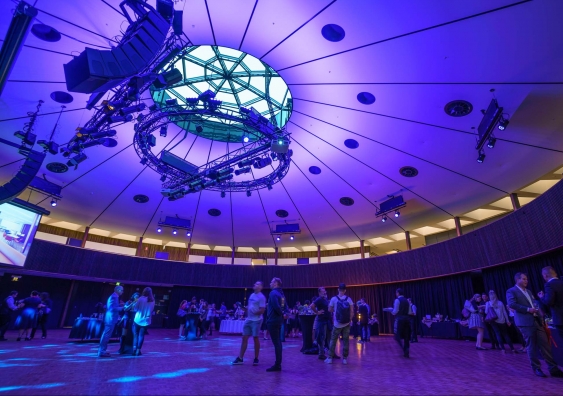 UNSW's iconic Roundhouse, the venue of choice for the biggest music acts for nearly six decades, has completed a major refurbishment and is bringing new energy to the social environment of the campus.

“The completion of the Roundhouse will enhance the vibrancy of the University and students’ overall experiences,” said Andrew Walters, Vice-President, Finance and Operations at UNSW. “This is the first of many planned campus improvements that will help increase social engagement for students and the wider community.”

The Roundhouse redevelopment comprises new engineering services, new energy efficient exterior lighting and a refurbishment of its interior that respects the heritage of the building while adding new functionality.

Landscape improvements are also underway, providing connections to Anzac Parade, the future light rail platform and the broader campus, and the addition of several vibrant green spaces will help to reinstate the status of the Roundhouse within the lower campus of the University.

A key focus of UNSW Sydney’s 2025 Strategy, in addition to pursuing academic excellence, is increasing social engagement through the development of better facilities, links to public transport and improving overall food beverage and retail offerings on campus.

Brad Hannagan, CEO of Arc, said: “We are over the moon to once again open our doors to students, clients and the local community. The Roundhouse is not simply a venue, but a fountain of nostalgia and fond memories for its attendees and past students. We look forward to creating epic experiences and memories that last a lifetime with future guests.” 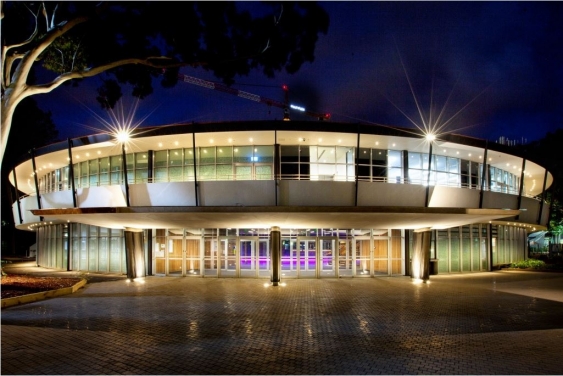 Multiplex completed the significant upgrade of the venue, which opened its doors on Monday 19 February in time for O-week.

The Roundhouse provides a venue for concerts, events, conferences, seminars, box office, merchandise and food services. In addition, the building will provide a permanent University bar and beer garden with a secondary private bar area. With a capacity of 2,200 patrons, it remains one of the few venues in Sydney suitable for international live music performances.

The Roundhouse has a rich history and has long been a significant venue in Sydney’s live music scene. Constructed in 1961, it was designed by the Government Architect and Edwards, Madigan, Torzillo, Briggs Architects who later built the National Gallery and High Court in Canberra. It was considered a cutting-edge architectural statement as Sydney’s first-ever circular building and one of the only buildings solely dedicated to student recreation on a campus in NSW.

The Roundhouse has hosted a diverse range of events over the last 56 years including wedding receptions, Bacchus Balls, boxing matches, comedy nights, theatre sports, formal dinners, dance parties and even a conga line protest. A host of concerts have been held at the venue including local and international acts such as Billy Thorpe and the Aztecs, Ratcat, Fatboy Slim, Foo Fighters, The Living End and Nick Cave. 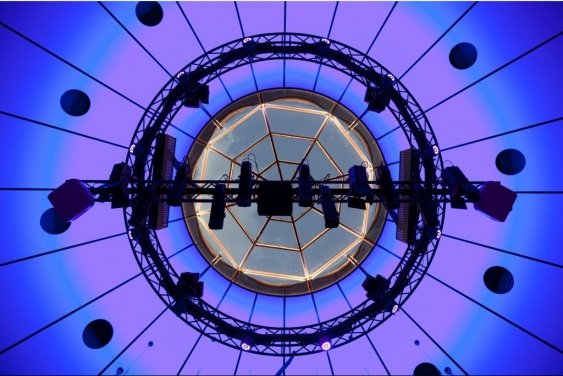 Multiplex has completed several new facilities at UNSW in recent years including the University Terraces student accommodation, the Materials Science and Engineering Building now known as the Hilmer Building, and the Tyree Energy Technologies Building. Multiplex has also completed the new Biological Sciences Building (stage 1), with classes commencing in July 2017. It is constructing the new $174.4 million Science and Engineering Building and the Stage 2 building in the Biological Sciences precinct.