For an orderly transition from fossil fuels, Australia needs a carbon price to replace its hodgepodge of clumsy government interventions. 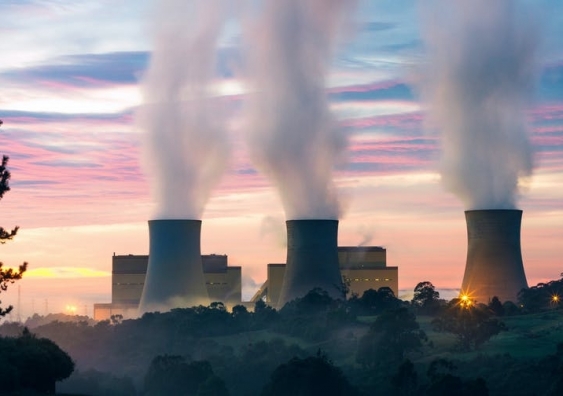 If you ever doubted the price of renewable energy was falling so rapidly it would eventually replace fossil fuels, the expedited closure of the Yallourn coal-fired power plant should change that.

Energy Australia announced this week it would close the 47-year-old power station in Victoria’s Latrobe Valley in 2028 – four years earlier than expected – given the low price and high uptake of renewable energy.

This is good news for the environment. Yallourn is the nation’s most carbon-intensive generator. It accounts for 13 per cent of Victoria’s greenhouse gas emissions and almost 5 per cent of Australia’s total emissions.

But it also provides 22 per cent of Victoria’s electricity and directly employs 500 people in a region already struggling with the transition away from fossil fuels. (Hundreds more jobs were lost when another Latrobe Valley coal-fired power station, Hazelwood, closed in 2017.)

Some of the impact may be mitigated by Energy Australia’s plan to build a 350 megawatt battery – 3.5 times the capacity of South Australia’s big battery in Hornsdale, larger than any now existing – near the company’s Jeeralang gas-fired power station in the Latrobe Valley.

Read more: The death of coal-fired power is inevitable — yet the government still has no plan to help its workforce

The crucial question in all of this is whether Australia’s coal-fired power stations are being retired too slowly – or potentially even too quickly.

It’s hard to know without a price on carbon to create a level playing field for renewable energy and fossil fuels.

We need a carbon price that reflects the ‘social cost of carbon’. The best evidence is this is about US$51 per metric ton.

What we have instead is a hodgepodge of clumsy government interventions on both sides of the ledger.

Yes, there are subsidies for renewable generation such as wind and solar.

But there is perhaps as much as A$12 billion a year in implicit subsidies for fossil fuels. These subsidies stem from things such as the fuel tax credit scheme, aviation fuel excise concession, accelerated depreciation through effective life caps on power plants, fringe benefits tax concessions, uplift provisions in the petroleum resources rent tax, and more.

All of this creates huge uncertainty about if and when Australia’s remaining 16 coal-fired power plants will close. When will their workers need transition assistance to begin? Are we sending the right price signals for those considering investing in different forms of power generation? Are we going to have enough reliability in the system to avoid blackouts or brownouts?

These issues about transition of companies, workers and indeed whole communities from fossil fuels to green energy are not limited to power generation plants. Far from it. All sectors of the economy will be affected, though some more than others.

For instance, as electric vehicles replace petrol or diesel-powered vehicles, what will happen to petrol stations? Electric charging stations don’t need the same real estate. How many will be decommissioned, how many will remain as convenience stores? What’s the time line?

A mess at best, a disaster at worst

The key point is that the weird combination of government policies subsidising both green energy and fossil fuels has no clear connection to the relative price of these energy alternatives. These policies thus provide no clear signal to influence consumer and business decisions. It is impossible to make sensible predictions about how our energy mix will evolve, and hence how to respond to that evolution.

Worse still, government policy is subject to change at any time – even without a change of government. This adds a big slather of political uncertainty on top of the existing economic uncertainty.

The Yallourn closure should be a wake-up call to both sides of politics that a transition to green energy run by government fiat is going to be a very messy affair at best, and a complete disaster at worst.

In fact, the Hazelwood closure in 2017 should have been that wake-up call. Let’s hope politicians at least get the message this time.

Read more: How Australia can phase out coal power while maintaining energy security

Putting a price on carbon has become the ultimate political issue. Labor is scared to death of losing another election by supporting such a price – even though (with the possible exception of Joel Fitzgibbon) it knows it’s the right policy.

Scott Morrison’s Liberal Party is so wedded to using ‘technology versus taxes’ as a political wedge it can’t even see the right policy any more. The parliamentary National Party, meanwhile, can’t appreciate what many of their constituents do know – that a carbon price would provide enormous economic opportunities in rural and regional Australia.

Our energy transition is in disarray. It will only get worse without a price on carbon and an end to subsidies for all forms of energy. Failure to do so will merely sow the seeds for more transition problems in the years to come.