Frustrated by the distortions, two refugees funded a centre focused on the facts about people seeking asylum. 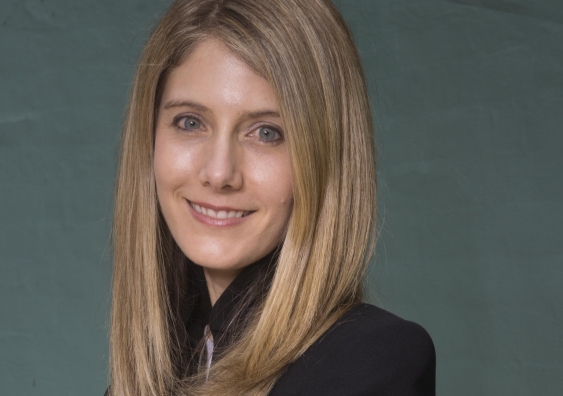 Director, Scientia Professor Jane McAdam: "One of the vital roles a centre like ours can play is in keeping governments to account."

It was October, 2013 just a month after Tony Abbott had won the federal election on the back of his ‘stop the boats’ campaign. Within days of coming into office, the new government had created Operation Sovereign Borders – a military-led, border security operation – which was the first step in a series of hard-line asylum policies.

It was hard to believe that this was the same Australia which, after the Second World War, had taken in 170,000 refugees from Europe, and which had welcomed Vietnamese refugees in the 1970s.

Over the course of the past two decades, this wealthy, multicultural country had drifted away from well-established principles of protection for refugees, and from the international leadership it had shown in shaping and supporting the 1951 Refugee Convention. Now, Australia’s backslide was accelerating at speed, driven by the momentum of ugly politics. As sharply as borders defined its territory, border policy was dividing its community.

Into this atmosphere UNSW Sydney launched the Andrew & Renata Kaldor Centre for International Refugee Law. It was supported by two philanthropists who had come to Australia as post-war refugees. “We didn’t hesitate,” says Andrew Kaldor AM. “We had become increasingly frustrated by the misinformation, the lack of evidence in the debate about asylum-seeker issues.”

The prevailing, proliferating politics gave an immediate urgency to the Centre’s mission, which is to produce rigorous research on refugee law, and to bring the results of that work to bear on public policy and debate at the Australian, regional and international levels.

“It was an enormous privilege to be charged with creating and leading the Centre,” says its director, Scientia Professor Jane McAdam. “But I also felt the weight of responsibility.”

The Kaldor Centre quickly became a global go-to source for insight and analysis, noted for its in-depth academic research, its accessible popular books, and its now essential weekly brief on refugee news from around the world. 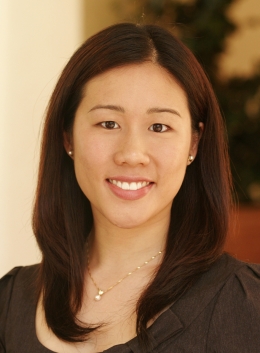 Executive Manager Frances Voon: "Public and policy engagement is really part of our DNA at the Kaldor Centre."

“In an increasingly polarised debate around forced migration, a voice of reason, based in evidence, in law, is an incredibly valuable thing – and that’s what the Kaldor Centre brings,” says Guardian journalist Ben Doherty. “This is not just an issue for Australia, this is not just an issue for this region, or for rich countries or poor countries, but this will be one of the great global challenges of the 21st century.”

The need for the Centre is arguably ever greater: the number of people displaced worldwide has reached a new record high each year since the Centre was established.

At the same time, some world leaders – United States President Donald Trump, Hungary’s Prime Minister Viktor Orbán, and Marine Le Pen, leader of France’s farright National Rally party – have stoked fears about people seeking asylum. Other leaders, meanwhile, have shepherded and championed two new international instruments designed to engender greater international cooperation on people movement: the Global Compact on Refugees, and the Global Compact on Safe, Orderly and Regular Migration, which will be adopted by the United Nations General Assembly in December. The Kaldor Centre deals directly with all of these contemporary dilemmas.

“One of the vital roles a centre like ours can play is in keeping governments to account,” says McAdam, who has been joined by a team of outstanding researchers, including Professor Guy S Goodwin-Gill from Oxford, recognised as a pre-eminent scholar on international refugee law, and senior research associates Dr Claire Higgins, Madeline Gleeson and Dr Sangeetha Pillai.

“The legal and policy landscape has shifted considerably in the past five years, and the Centre has been at the forefront of debates, reminding governments of the international legal obligations they have voluntarily accepted, and by which they remain bound,” says McAdam, lauding the team for not only continuing their longer-term research, but also for the reports, policy briefs and parliamentary submissions produced in response to current debates.

“Public and policy engagement is really part of our DNA at the Kaldor Centre,” notes Executive Manager Frances Voon. “We exist to generate research with impact – and that means that we are constantly making sure the findings of our research are shared with those who are able to influence policy … through media commentary, engaging with policymakers through briefings and highlevel round-tables, convening events that can help to highlight good practice and inform the general public.”

The Centre’s research also feeds into strategic litigation – and it is in the process of creating a new network of scholars who can support that more widely. Likewise, the Centre’s growing global Emerging Scholars Network helps rising academic stars learn from one another, including through an AsiaPacific Research Group that is encouraging further scholarship within the region. The Centre also has formed partnerships with the Refugee Studies Centre at the University of Oxford, and the UN High Commissioner for Refugees (UNHCR).

UNHCR’s Regional Representative, Thomas Albrecht, has called the Kaldor Centre the best organisation of its kind he has seen around the world in the past 30 years. “No other entity has achieved such a catalytic role,” he says.

UNSW Dean of Law George Williams AO is immensely proud of the Kaldor Centre’s accomplishments. “It has rapidly established itself as the leading research Centre of its kind anywhere in the world. It is distinctive not only for the quality of its research, but for the impact it is having on public debates in Australia and around the world.”

This is particularly so when it comes to the links between climate change, disasters and displacement, an area where McAdam’s scholarship has been pioneering. “Some people assume we are talking about socalled ‘climate refugees’ coming in 50 years, but already today on average every year 24 million people are displaced in the context of sudden-onset disasters, most of them climate-related,” says Walter Kälin, Envoy of the Platform on Disaster Displacement.

“Everything we do at the Kaldor Centre is ultimately about securing safe, durable and humane outcomes for the world’s displaced people,” McAdam says.

Andrew Kaldor agrees. “Renata and I are delighted by the Centre’s success. We feel privileged to be involved with such a brilliant team. But attitudes and policies toward refugees and displaced peoples are hardening around the world,” Kaldor says. “The work of the Centre is needed now, more than ever before.”