The media is being used as a weapon of both governments and extremists in a war of competing worldviews, Australian journalist Peter Greste has told an audience at UNSW’s Gandhi Oration. 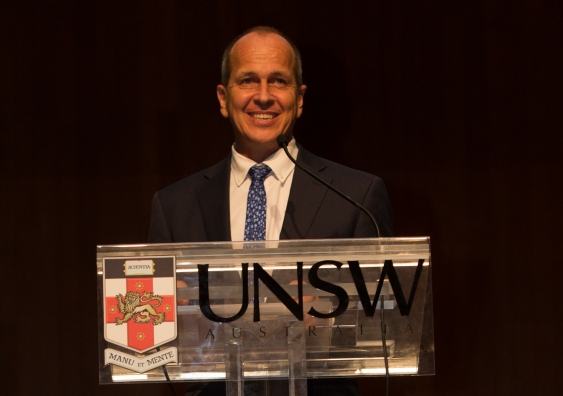 The media is being used as a weapon of both governments and extremists in a war of competing worldviews, Australian journalist Peter Greste has told an audience at UNSW’s Gandhi Oration.

Mr Greste has delivered the 2016 Oration to a capacity audience at UNSW’s Clancy Auditorium to mark India’s Martyr’s Day, the anniversary of Mahatma Gandhi’s assassination in 1948. The public talk, which is delivered by a person whose life work exemplifies Gandhian ideals, was preceded by a remembrance ceremony.

Greste, an award-winning foreign correspondent, was arrested in 2013 by the Egyptian government and jailed for 400 days on confected terrorism charges. Since his release in February 2015 he has campaigned tirelessly for freedom of the press and was last year awarded the Australian Human Rights Commission Medal.

Speaking on the topic of ‘Journalism in the Age of Terror’, Greste told the audience the media had become a key battleground in the war of competing worldviews.

In this war, new media has become as much a weapon of terror as any bomb.

“All belligerents – governments and extremists alike – are using it as a weapon in ways that we have not seen for more than a generation, and in ways that I think seriously damage our democracy,” he said.

Rather than a traditional assault on the tangible, involving well-defined actors and agendas, Greste said the so-called War on Terror was a battle of ideologies.

“And in that war of ideas, the battlefield extends to the place where ideas themselves are prosecuted – the media. So journalists are no longer simply witnesses to the struggle. We are, by definition, a means by which the war its self is waged.” 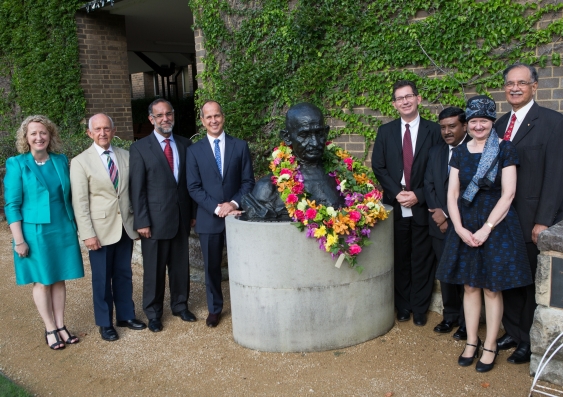 Greste gave examples including the US bombing of the Al Jazeera bureau in Kabul in the first days of the 2001 war in Afghanistan, the Taliban’s online video of the beheading of kidnapped Wall Street Journal reporter Daniel Pearl, and the Islamic State’s ongoing use of snuff videos and social media to recruit and to sow fear.

“In this war, new media has become as much a weapon of terror as any bomb,” Greste said.

A lot of radical Islamists who support Islamic State WANT a war … Theirs is a millennial cult that sees the coming conflict as the final battle – the end of days.

Ironically, he said, some of Western democracy’s very mainstays – a free press chief among them – were being caught in the crossfire of “T-word” crackdowns by governments worldwide.

Australia was no exception, he said.

Three new Australian laws – section 35P of the ASIO Act; the Foreign Fighters Bill; and the Data Retention Bill, had severely impinged on media freedom, yet had received little attention.

“The Government keeps claiming that none of these measures are directed at silencing the media. That might be true, but each in their own way has a corrosive effect on the ability of journalists to do [their] job,” he said.

Further afield, he pointed to the closure by police of media assets in Turkey, attacks on press freedom by “the usual suspects” – China, North Korea and Russia – and, of course, events in Egypt.

While Greste and his Al Jazeera colleagues had received overwhelming support from the world’s media in the campaign to free them, the journalist said he was “extremely concerned” about their response to attacks on freedoms more generally.

Without freedom of speech, the right to self expression, Gandhi would be unknown to us. He would never have launched his newspapers. His voice would have been rendered useless.

Few Western journalists had challenged their own governments’ draconian responses to terrorism and he said “some of our oldest news organisations are failing us dismally”.

Greste said freedom of speech preceded and was essential to all other democratic rights – a truth that Mahatma Gandhi understood well.

“Without freedom of speech, the right to self expression, Gandhi would be unknown to us. He would never have launched his newspapers. His voice would have been rendered useless.”

It was perhaps ironic, given Gandhi’s veneration, that many of his most passionate declarations against oppression, if uttered in Australia today, would land him in prison, added Greste.

Greste said his own 400 days in a Cairo prison had opened his eyes to the contested nature of “the War on Terror”.

“We in the West think it’s pretty clear what [the War] is about. It’s about stopping the slaughter in places like Paris, or the random bombings in Kabul and Baghdad, or closer-to-home incidents like [Sydney’s] Lindt Café attack.

“But consider what some of the Islamists I met in prison told me. For them, the War on Terror means stopping the drone strikes that hit a hospital in Afghanistan, or wedding parties in Waziristan, the barrel bombs that fall in Aleppo, and yes – the random arrests, the beatings and torture in Cairo’s prisons.”

The foreign correspondent urged journalists covering domestic affairs to be wary of blindly repeating the language of war, warning that it played into the hands of groups like the Islamic State.

“As I discovered in Egypt’s prison system, a lot of radical Islamists who support Islamic State WANT a war …  Theirs is a millennial cult that sees the coming conflict as the final battle – the end of days.

“By adopting the language and the posture of war, we are not only failing to tackle the causes of the violence – we are feeding it,” he said.

Greste urged journalists to seek to reassert their position as the gatekeepers of democracy.

“For all the criticism that gets levelled at the media, democracy doesn’t work unless there is a free exchange of ideas and information; and a watchdog keeping track of those who’d make decisions in our name.”

TRANSCRIPT OF GANDHI ORATION: Read the full speech or watch the video.