Voters, unlike the federal government, back increased funding for research. 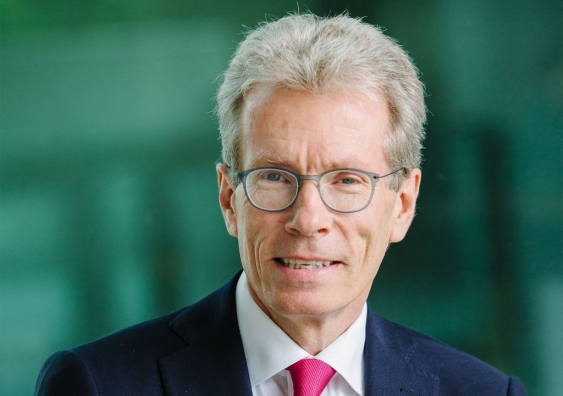 The Commonwealth government’s decision to cut research block funding by $328m from the higher education sector would not pass its own new ‘national interest test’ for grants.

Indeed, the controversial test itself is not supported by the majority of the Australian people according to a December national survey, so this latest in a series of year-on-year cuts is starting to feel like yet another kick in the guts to universities.

Could this suggest that our elected officials believe that voters don’t care about the continual gouging of research-related funding – and don’t consider this a top-of-mind issue for the next election?

Many hundreds of millions of dollars have now been stripped from the sector over the past four years.

Everyone understands the need to take a haircut in times of recession, but Australia is far from this. Instead this latest grab announced in the MYEFO (Mid-Year Economic and Fiscal Outlook) makes only a marginal contribution to the forecast budget surplus of $4 billion.

Of course, returning to surplus earlier than expected is good news, but cutting a lifeline to Australian universities to slightly enhance the surplus doesn’t make sense.

In addition to achieving crucial and often life-saving outcomes though research, universities are the nation’s third largest export earner via international student education. That’s right, we generate more export income for the country than any other commodity or service behind iron ore and coal.

For UNSW alone, the latest cuts represent about $30 million of lost funding, which translates to having to let go around 70 academic and technical staff. This is a catastrophe. We should be employing more researchers, not fewer.

Yet, community attitude polling shows three-quarters of Australians want the government to allocate a greater level of funding for research. More, not less.

We are today at a 40-year low of government research and development (R&D) spending, at 0.5% of gross domestic product (GDP). This must be reversed if we want Australia to be globally competitive.

Despairingly, the latest cuts fly in the face of the findings delivered in November by a multi-party Commonwealth Parliamentary Committee report. Chaired by Liberal Party MP, Andrew Laming, the review unanimously recommended that the Australian government should “provide more timely and adequate support” for the type of grant funding that was just cut, yet again.

The research sector simply doesn’t understand why the government ignores the evidence and advice of experts and its own committees, and continues to strip funding out of the system. This looks like a deliberate smash and grab from a sector where they expect no one will kick up a fuss.

This latest cut comes almost exactly a year after the government’s higher education student funding freeze and the unfathomable axing of the demand-driven system.

For every $100,000 of government research funding, it costs universities an extra $85,000 to pay for core facilities such as keeping the lights on, libraries and laboratories. This is what the research block grant is for, but it currently covers less than 30% of these indirect costs, and is now to be cut further.

In addition, competitive research grants and fellowships cover only some of the salary cost for researchers. Universities have to pay the rest in accordance with enterprise bargaining agreements; for UNSW that’s around $11m a year we have to find ourselves.

And some research grant types require co-funding (such as some of those from Australian Research Council), where the government supplied amount needs to be matched to an amount from the university and/or its partners.

So clearly universities have been doing more with less, and had to find alternative revenue sources. It is no surprise then to learn that government funding – close to 100% in the 1970s and 1980s – has recently fallen to just above 30%; a staggering statistic that highlights both a questionable commitment to universities but arguably also a lack of recognition of the current and future economic multiplier effect that institutions like UNSW underwrite.

The government can’t have it both ways. A 2018 report from Australia’s major universities (known as the Group of Eight) showed that for every $1 spent on research, around $10 comes back in benefits to the economy and community.

Higher levels of investment in research are proven to deliver far greater benefits to society than the initial investment, so it’s a no brainer.

It is time to reverse the declining funding for research and to face the facts.

Voters want more research, not less, and highly value its role in society and our future.

This article originally appeared in The Australian. Read the original article.